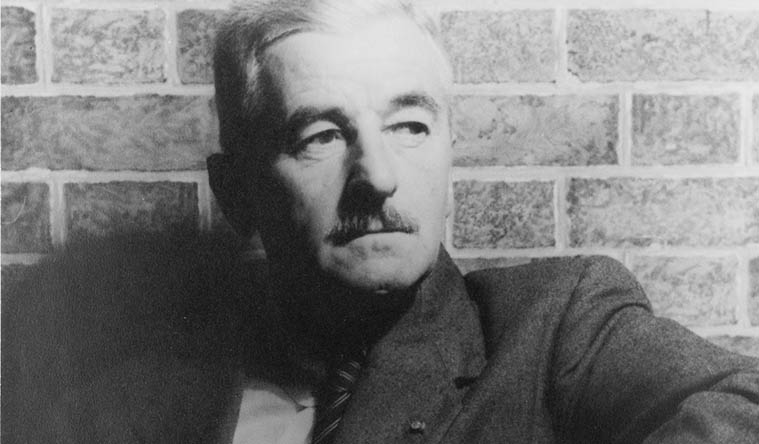 “Jackson Square was now a green and quiet lake in which abode lights round as jellyfish, feathering with silver mimosa and pomegranate and hibiscus beneath which lantana and cannas bled and bled. Pontalba and cathedral were cut from black paper and pasted flat on a green sky; above them taller palms were fixed in black and soundless explosions. The street was empty, but from Royal street there came the hum of a trolley that rose to a staggering clatter, passed on and away leaving an interval filled with the gracious sound of inflated rubber on asphalt, like a tearing of endless silk.” – William Faulkner

While only in his twenties, the young William Faulkner found himself venturing outside of his hometown of Oxford, Mississippi, where he would do much of his most famous writing, looking to see the world. In 1924, the young Faulkner planned to take a trip to Europe but instead found himself entranced by New Orleans. For approximately six months, Faulkner found himself living in New Orleans and rubbing elbows with the Big Easy’s literary elite, like Sherwood Anderson and John McClure. Though it would be several years later and in Mississippi that Faulkner would write his big canonical texts like The Sound and the Fury and As I Lay Dying, the writing he did in and about New Orleans not only helps to paint the portrait of a young writer but it also provides current readers with a more colorful history of New Orleans.

Acknowledgements: Dr. Jane Pinzino and the William B. Wisdom Collection

Mosquitoes (A Facsimile and Transcription) and Faulkner’s Correspondence

Sherwood Anderson and Other Famous Creoles: A Gallery of Contemporary New Orleans