Mosquitoes (A Facsimile and Transcription) and Faulkner’s Correspondence 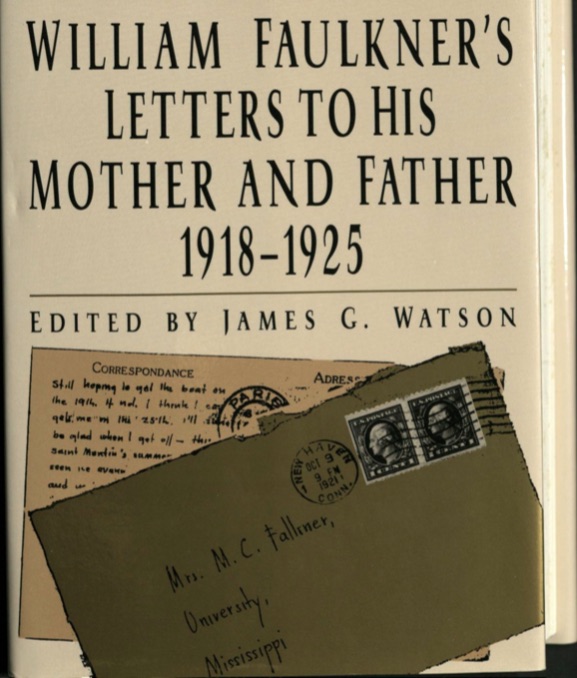 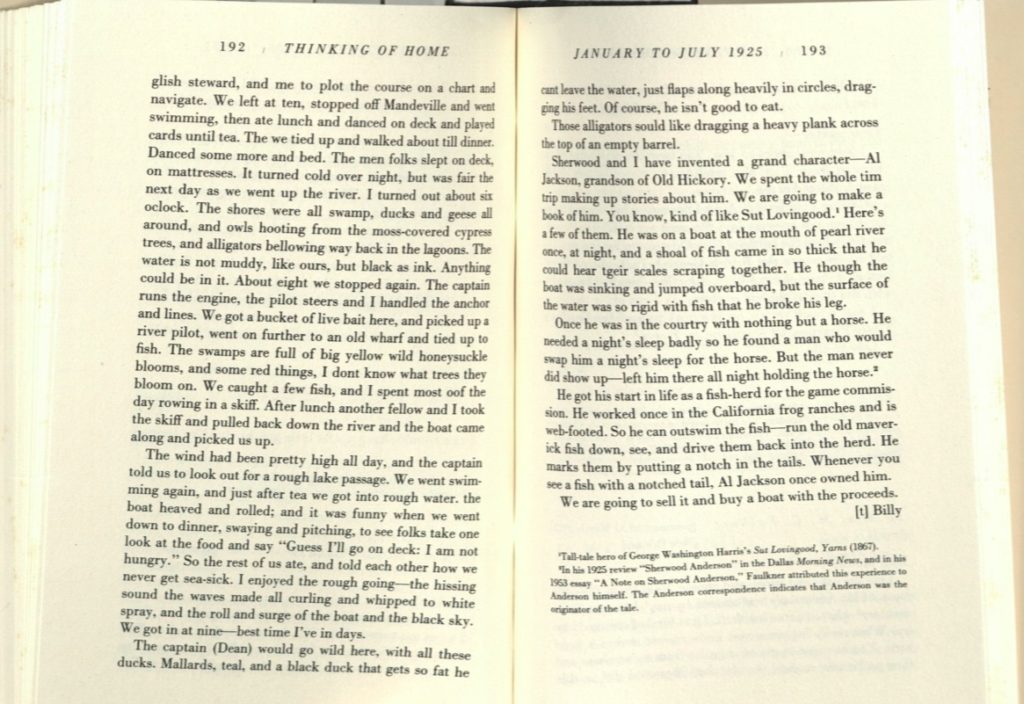 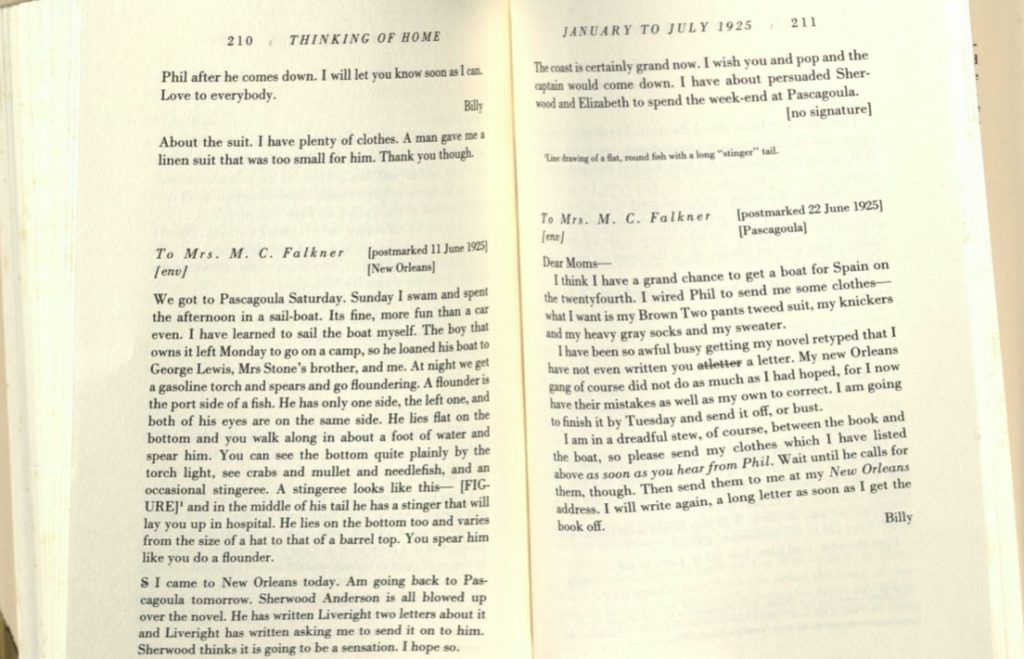 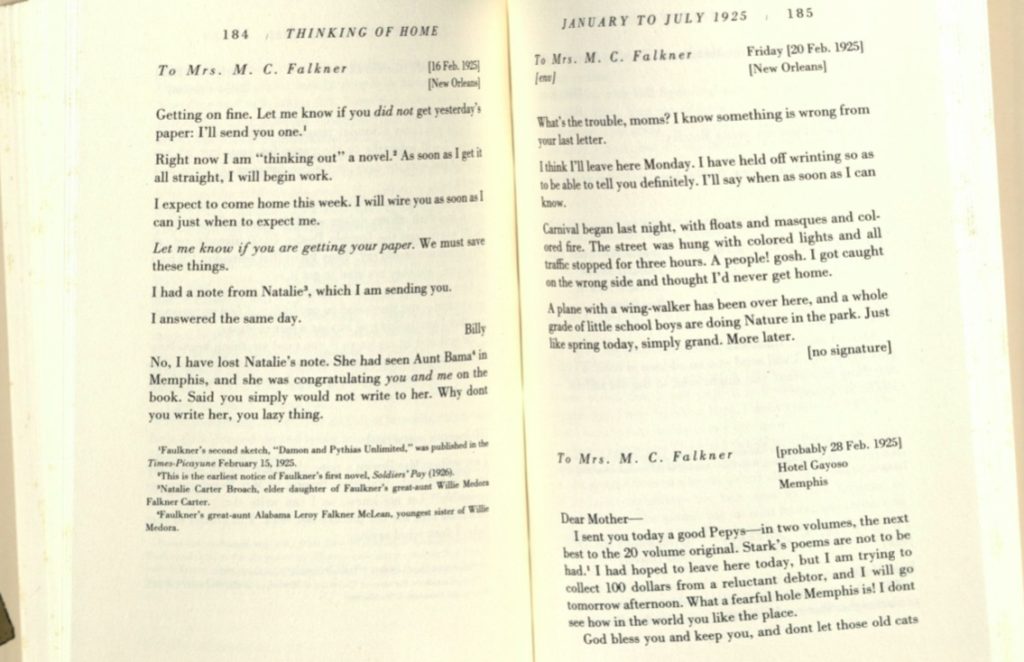 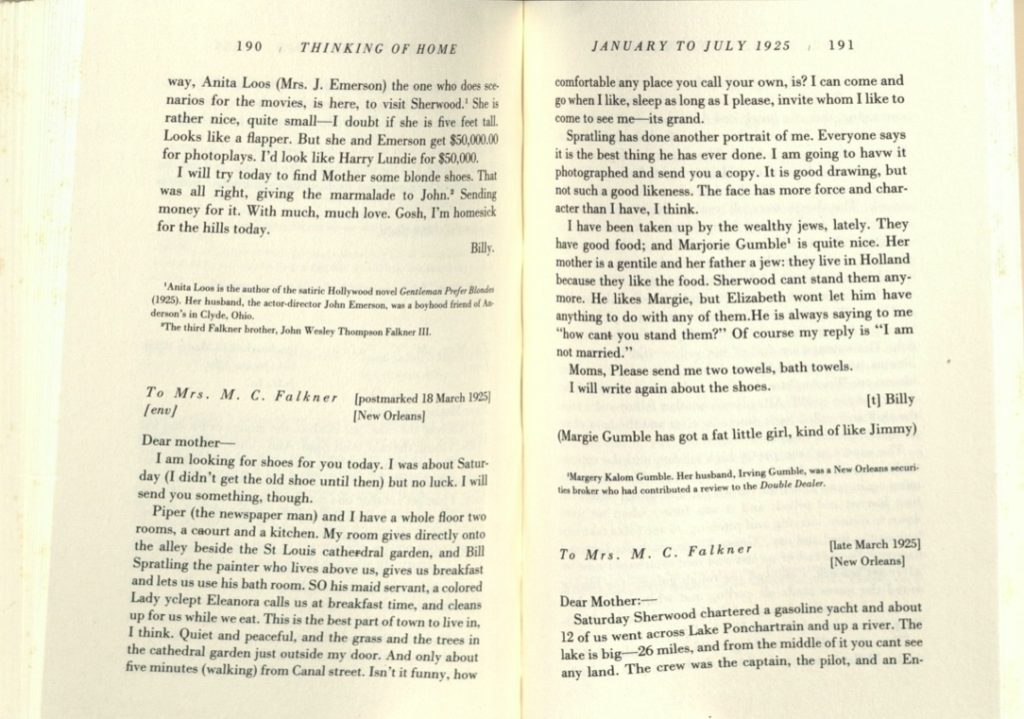 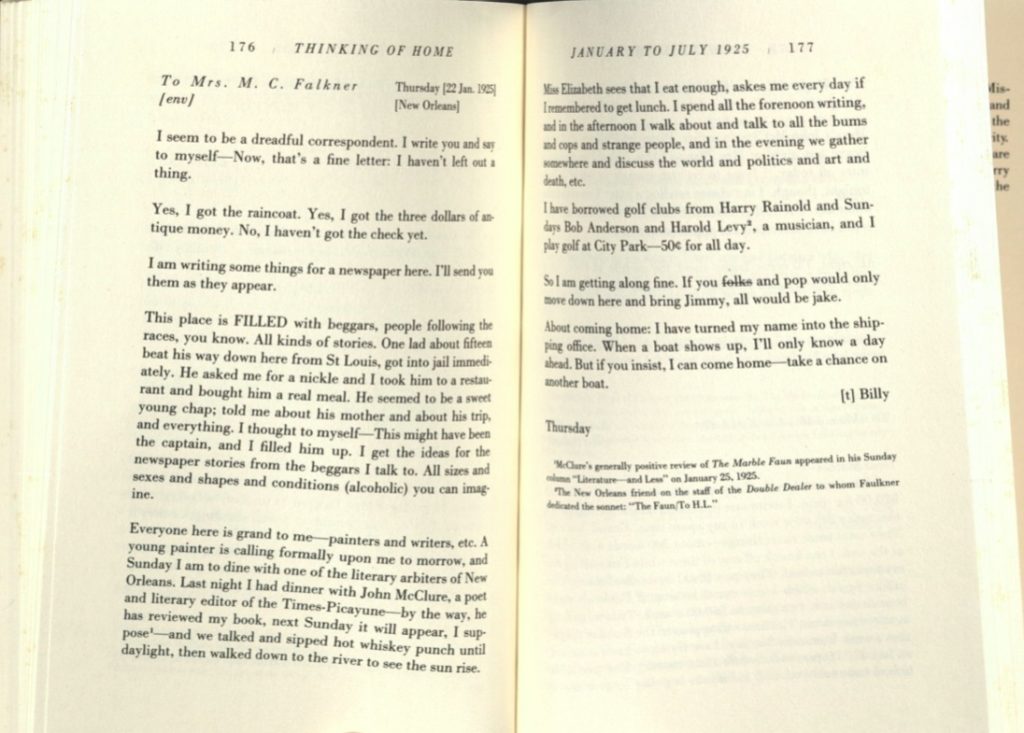 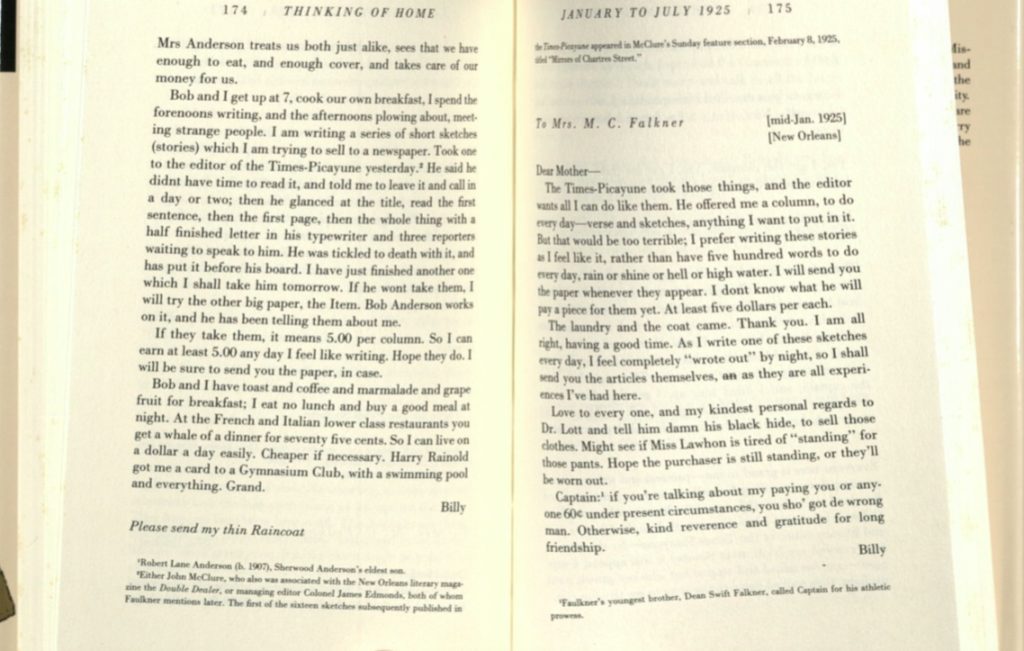 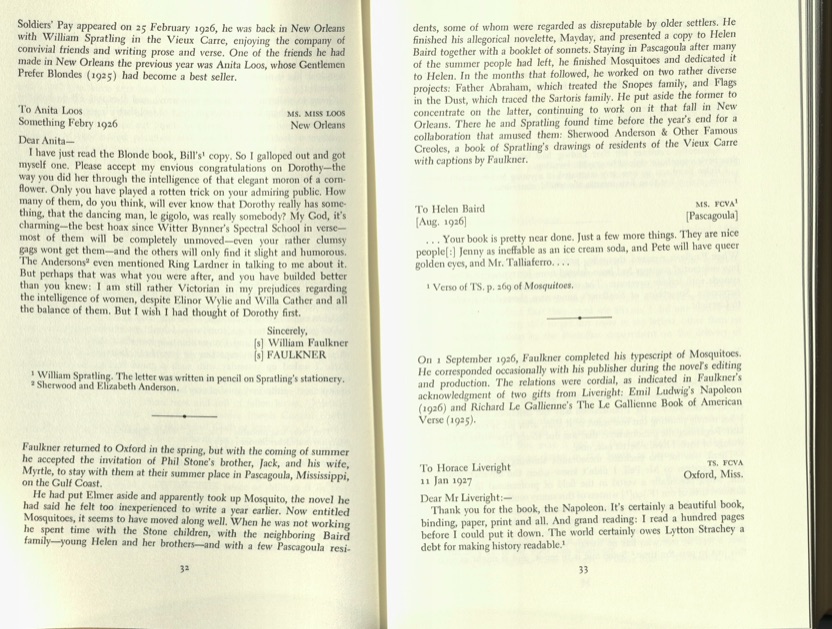 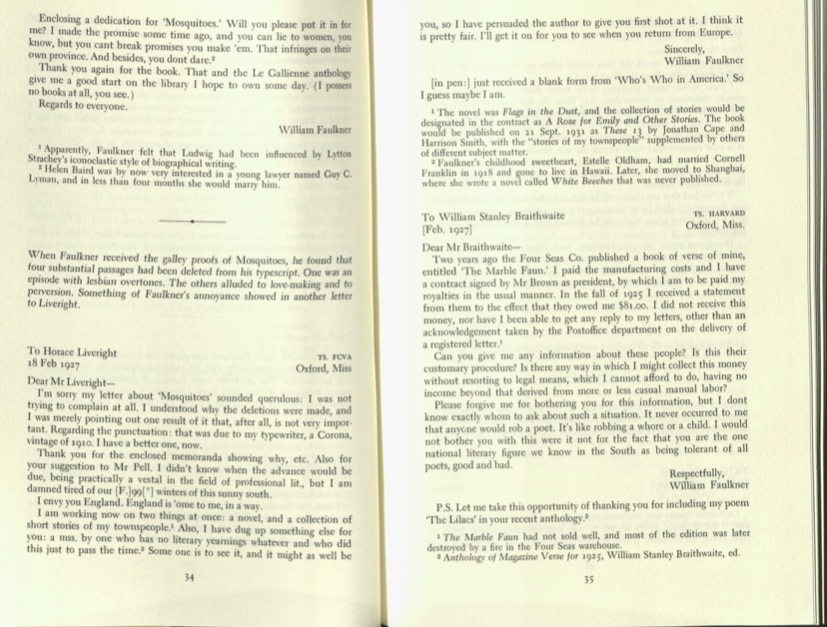 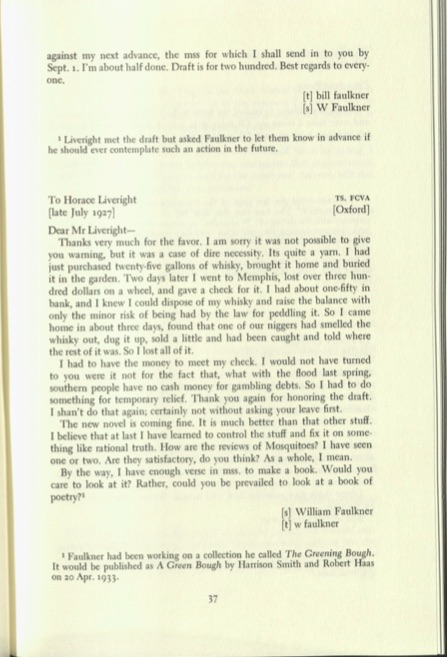 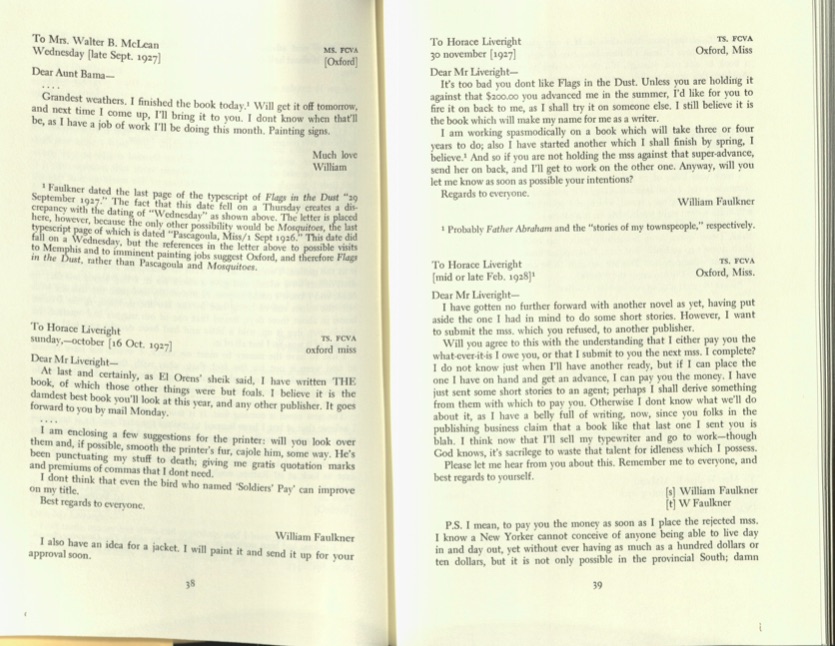 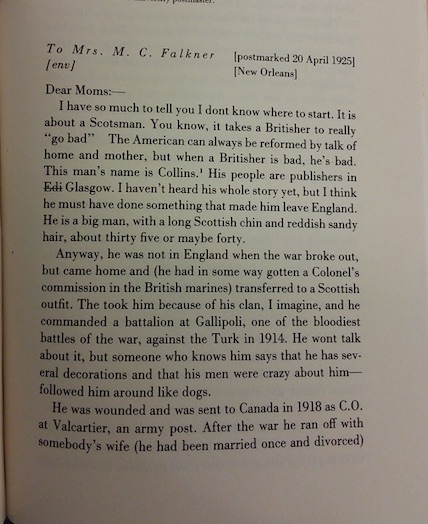 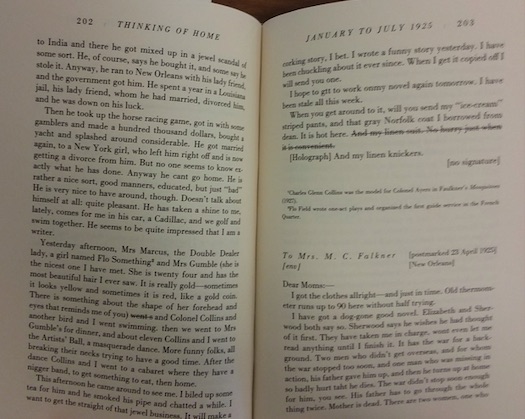 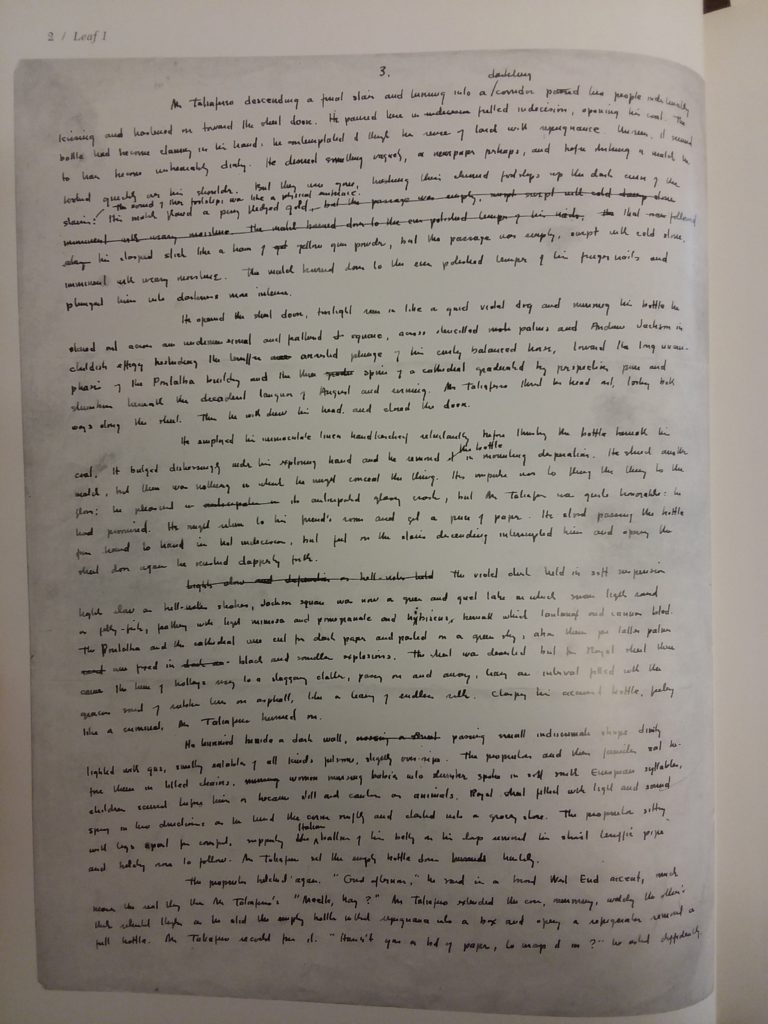 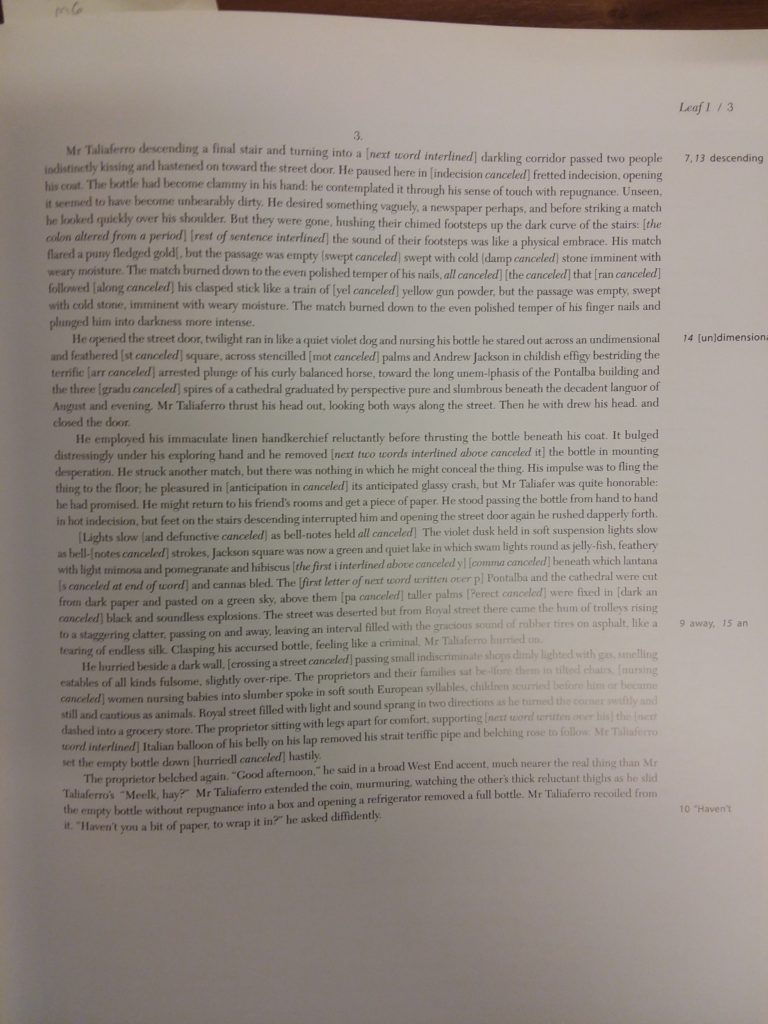 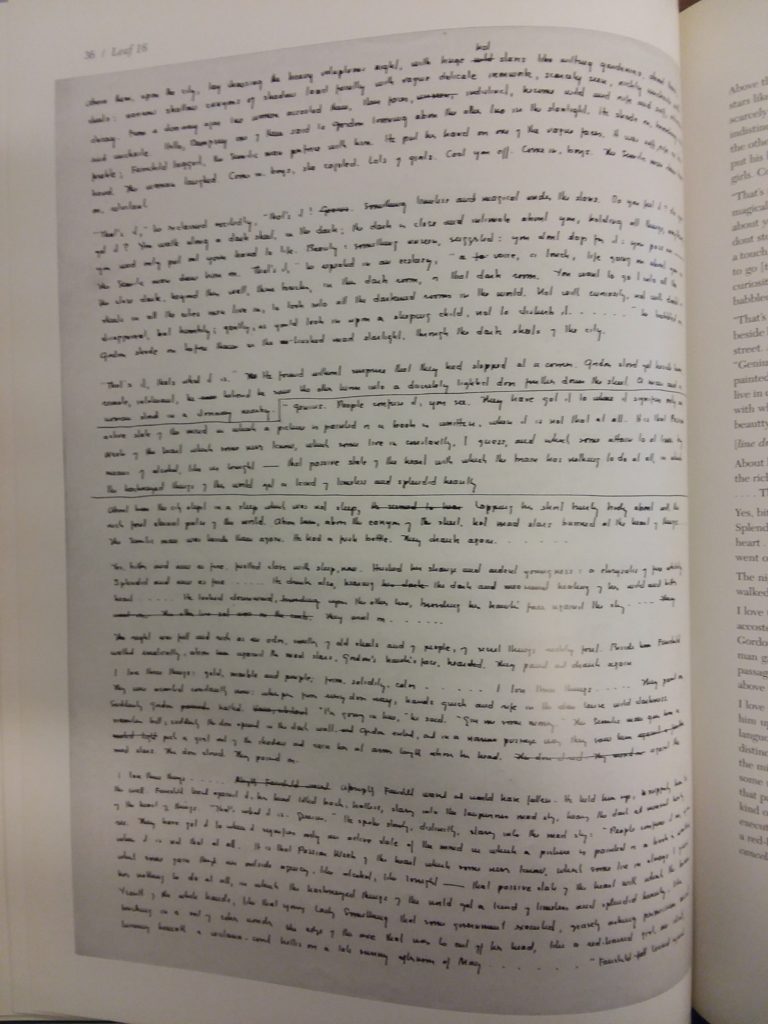 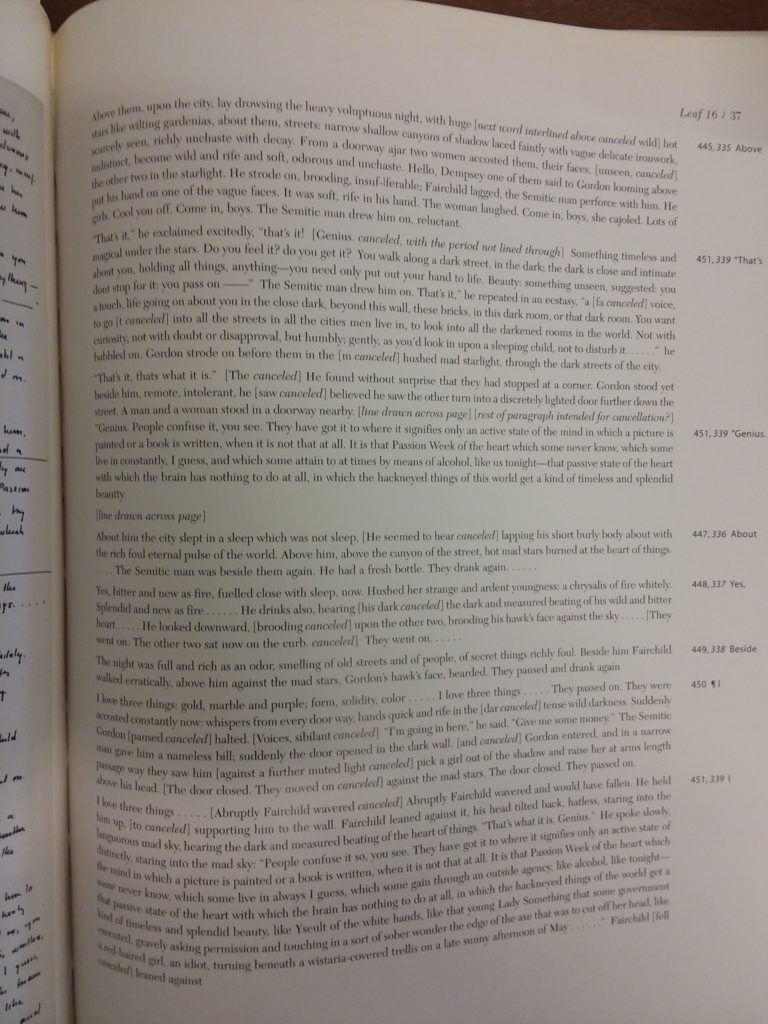 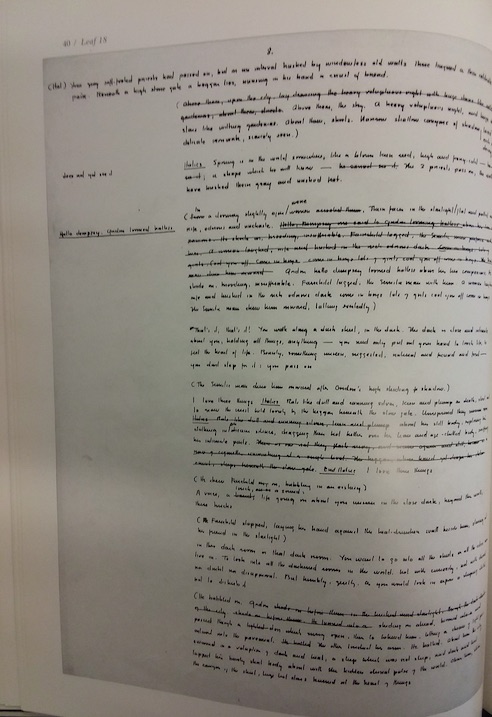 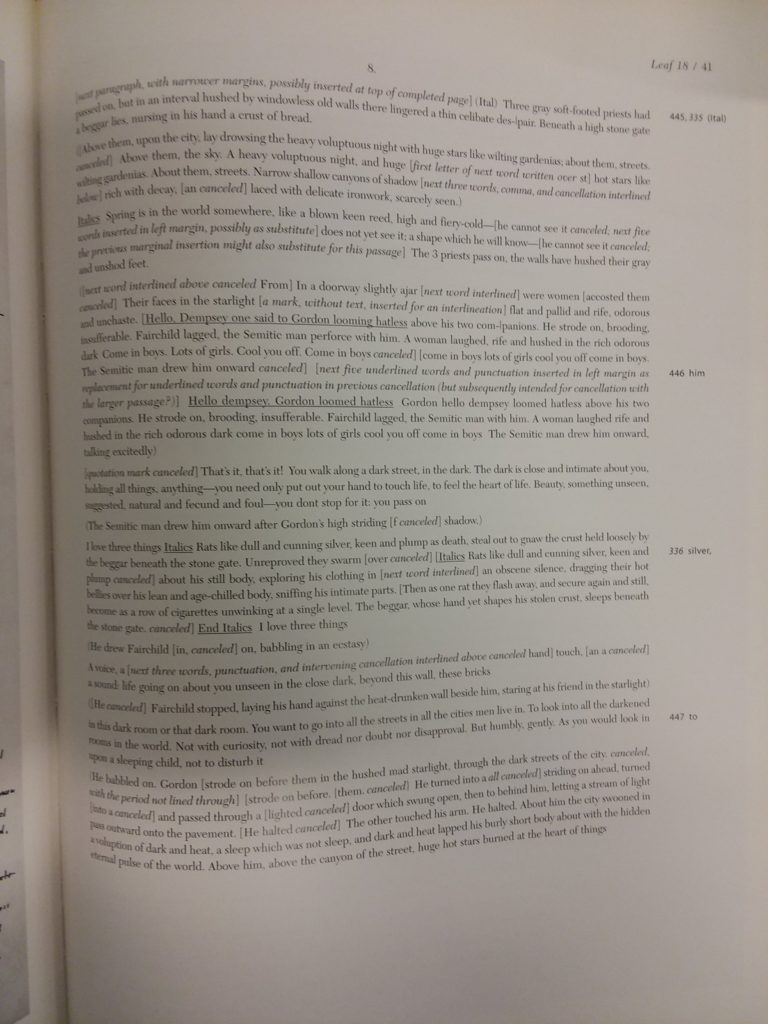 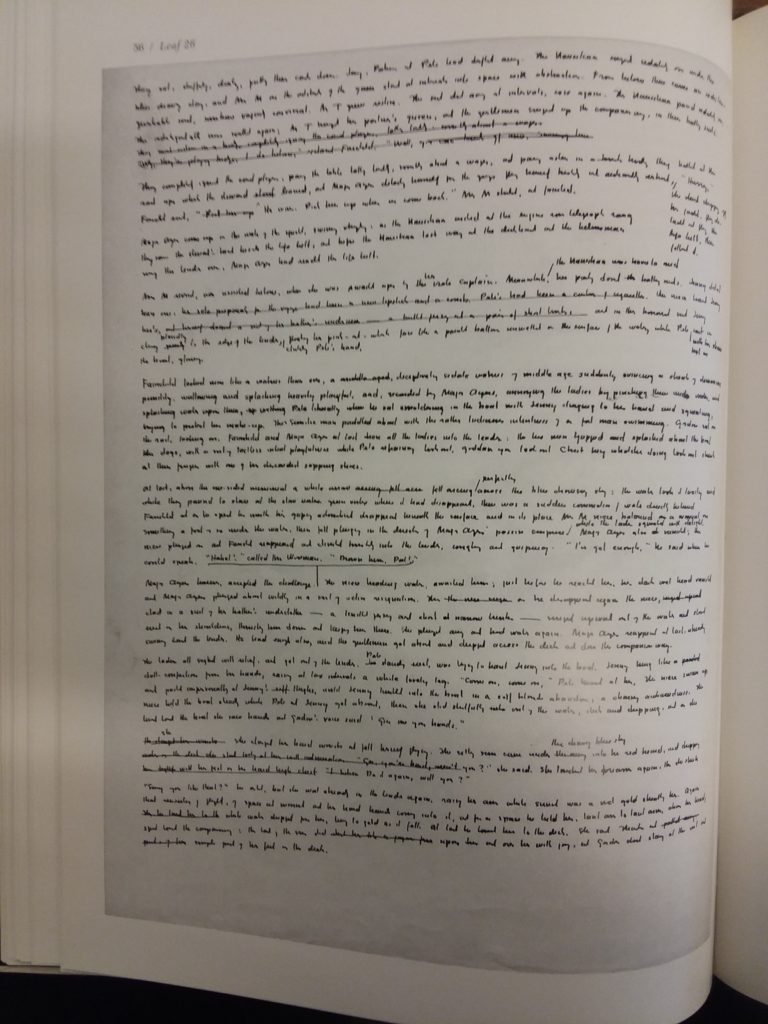 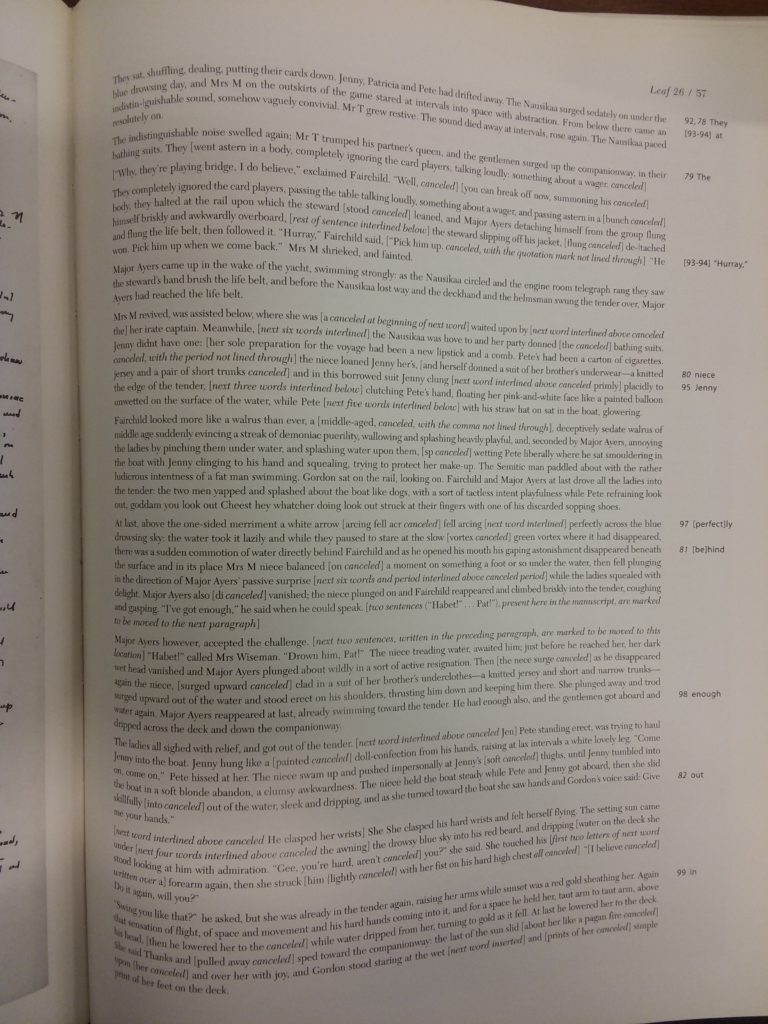 Mosquitoes, William Faulkner’s second published novel in 1927, is both set in New Orleans and bears a striking resemblance to many personal experiences he had in the city. Examining scenes from Mosquitoes next to Faulkner’s correspondence with his mother and father at the time can illuminate the experiences of the city Faulkner had that made their way into his writing.

A Lake Pontchartrain yacht trip on the Josephine that Faulkner would take with Sherwood Anderson and other members of the New Orleans literati inspired many of the boating scenes in Mosquitoes. Faulkner’s letters also describe a pool party that likely influenced his construction of the swimming scenes. The novel’s Scottish entrepreneur Major Ayers mirrors the real-life Englishman named Collins that Faulkner cavorted with in New Orleans and wrote home about.

This facsimile and transcription of Mosquitoes also provides a glimpse of Faulkner’s writing and revision processes as he moved from poetry to longer prose after gaining more experience New Orleans.