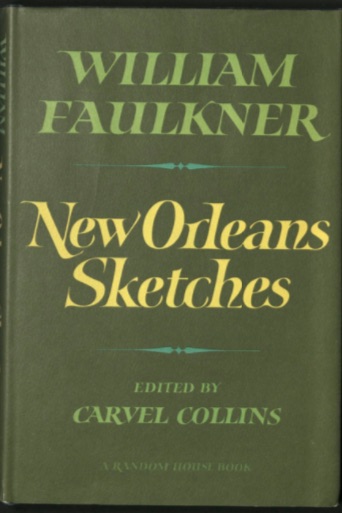 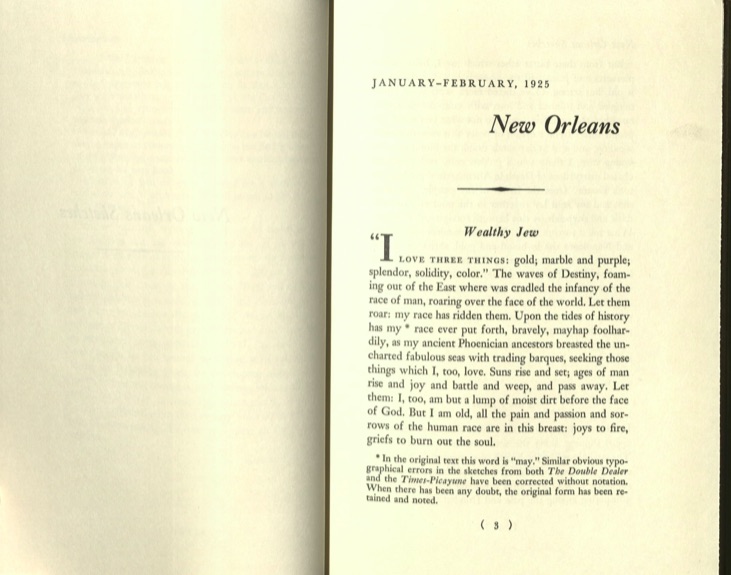 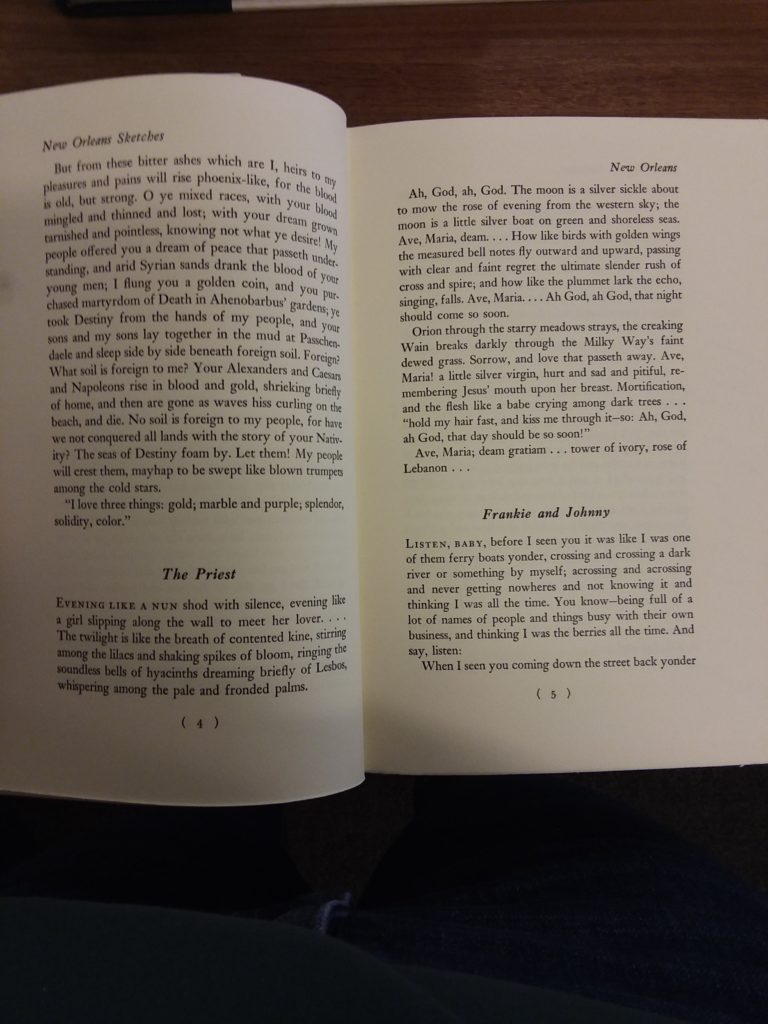 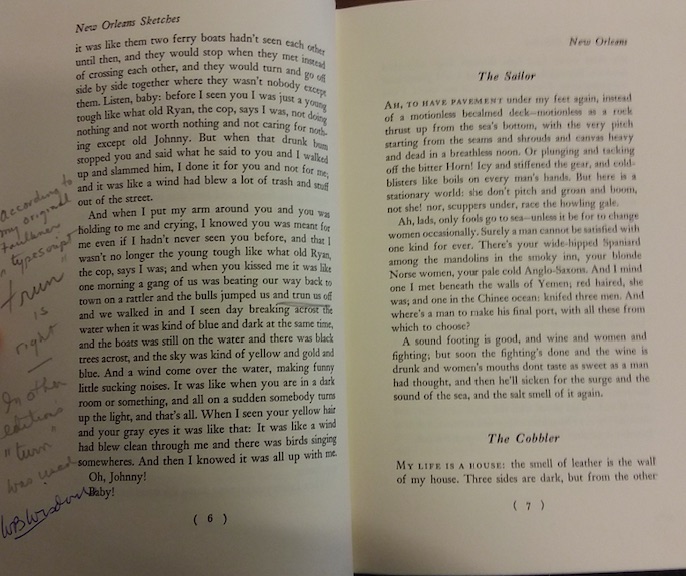 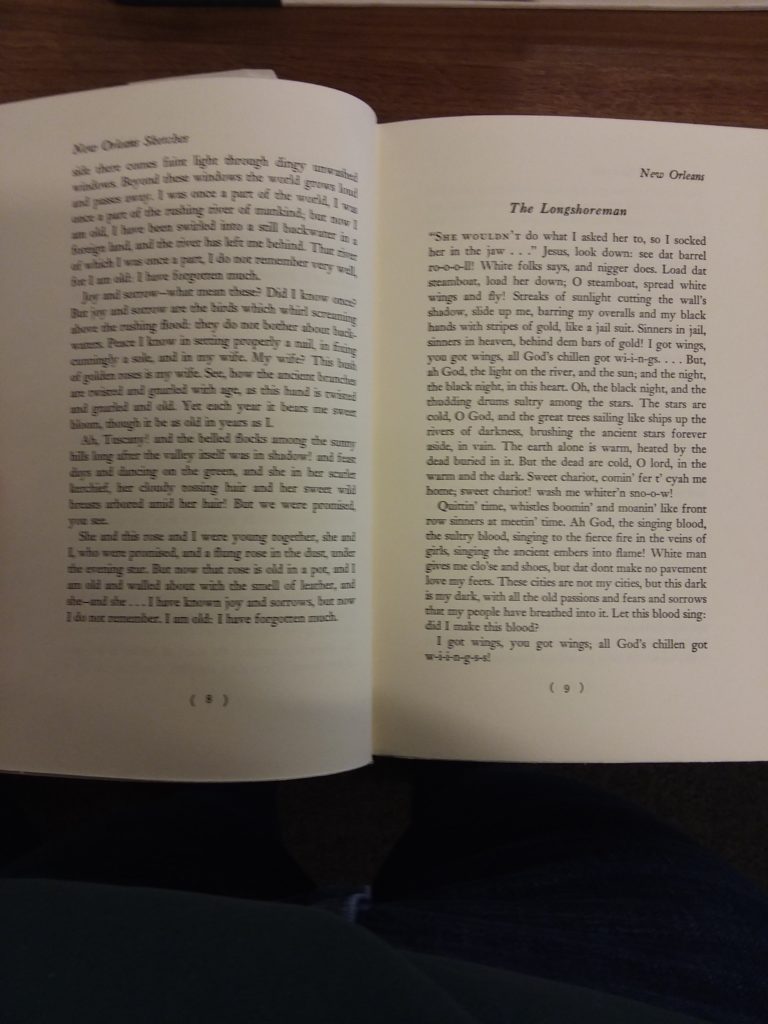 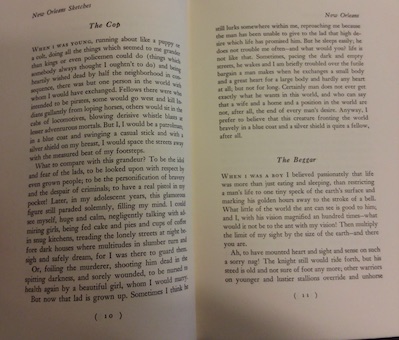 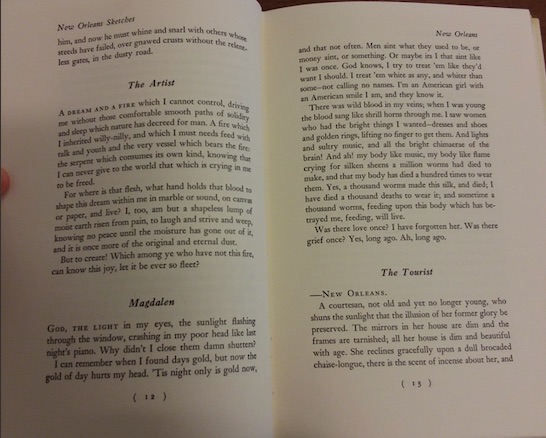 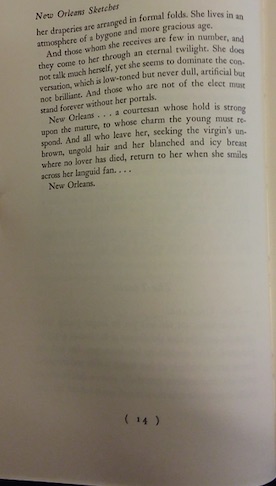 As Faulkner continued to explore the geography of the French Quarter in 1925, he penned a series of eleven vignettes that he would publish in the Double Dealer and the Times-Picayune, collectively known as the New Orleans Sketches. The New Orleans Sketches followed on the heels of Faulkner’s first newspaper sketch series Mirrors of Chartres Street. In fact, Faulkner would take some of his scenes from Mirrors of Chartres Street, already published in the Double Dealer, and expand them in the Times-Picayune.

The New Orleans Sketches and Mirrors of Chartres Street help mark Faulkner’s transition from poetry to pose, as he used New Orleans as his stomping ground for his foray into fiction. Carvel Collins’ introduction to this edition of New Orleans Sketches outlines how many of the motifs that Faulkner experimented with in these sketches would be fleshed out in some of his more well-known novels. Similarly, Alfred Kazin wrote a New York Times Book Review that described the New Orleans Sketches as “the interesting thing for us now, who can see in this book the outline of the writer Faulkner was to become, is that before he had published his first novel he had already determined certain main themes in his work.”