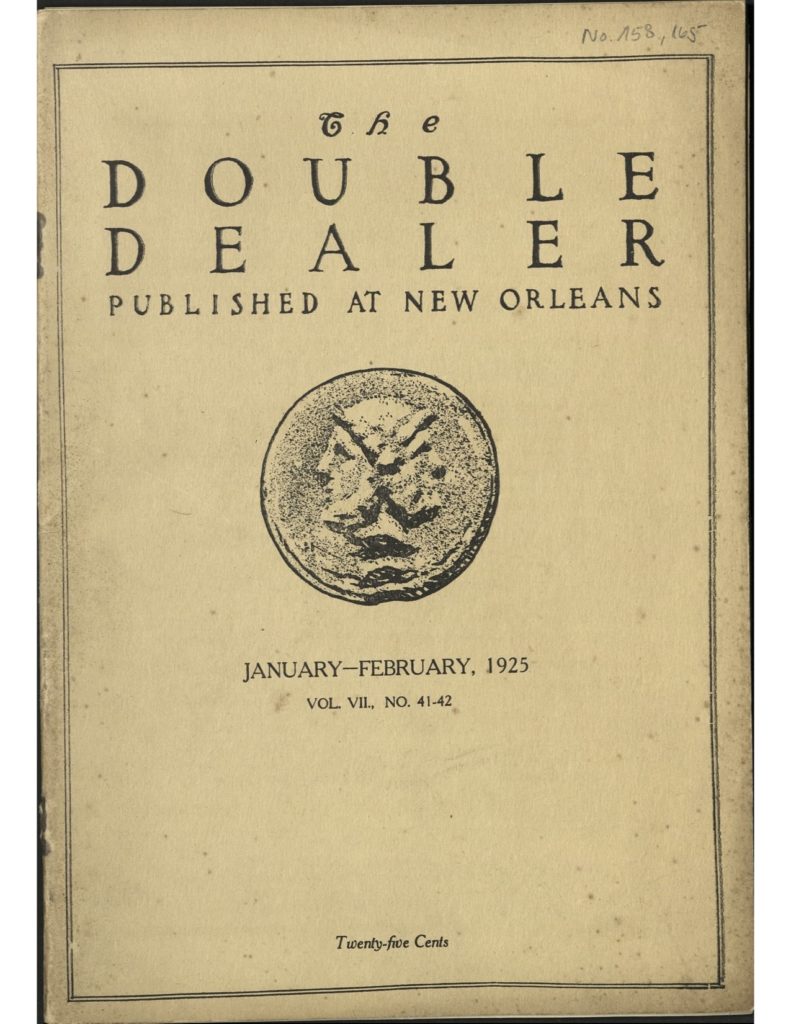 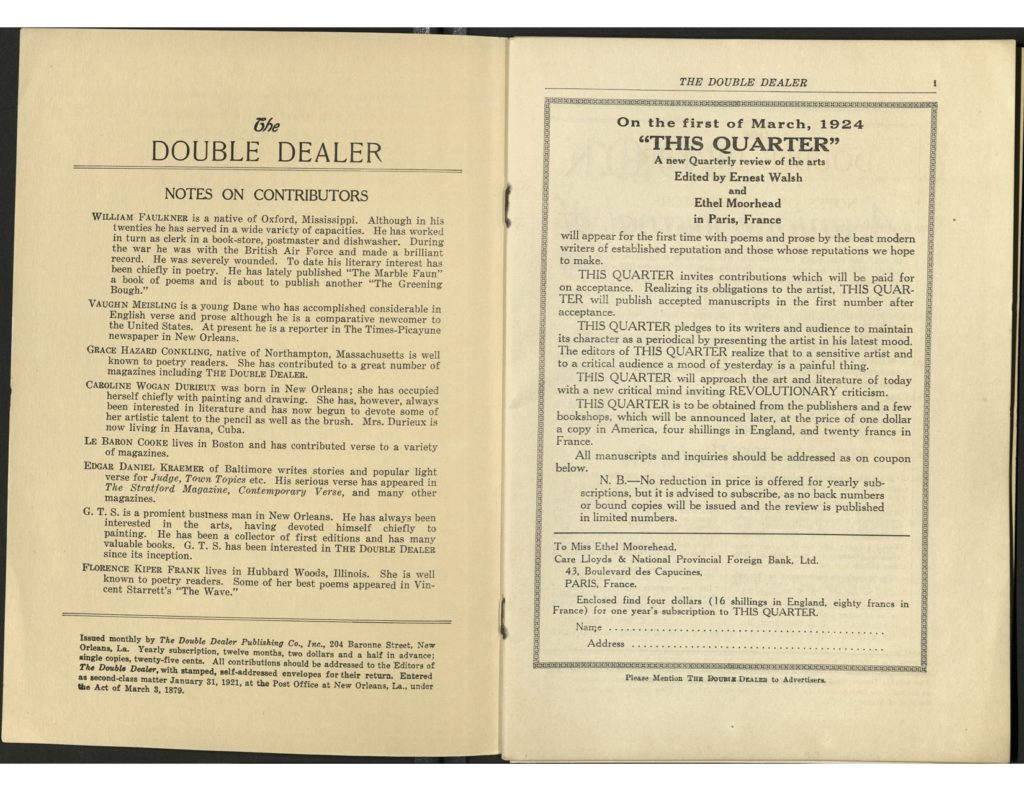 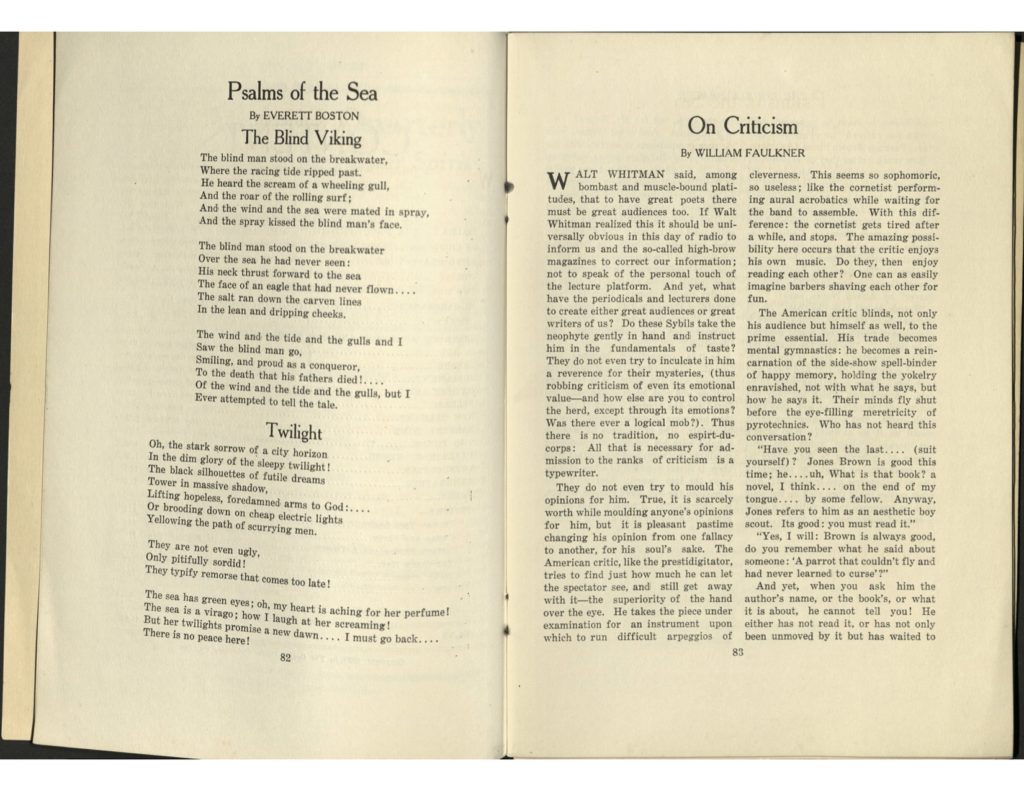 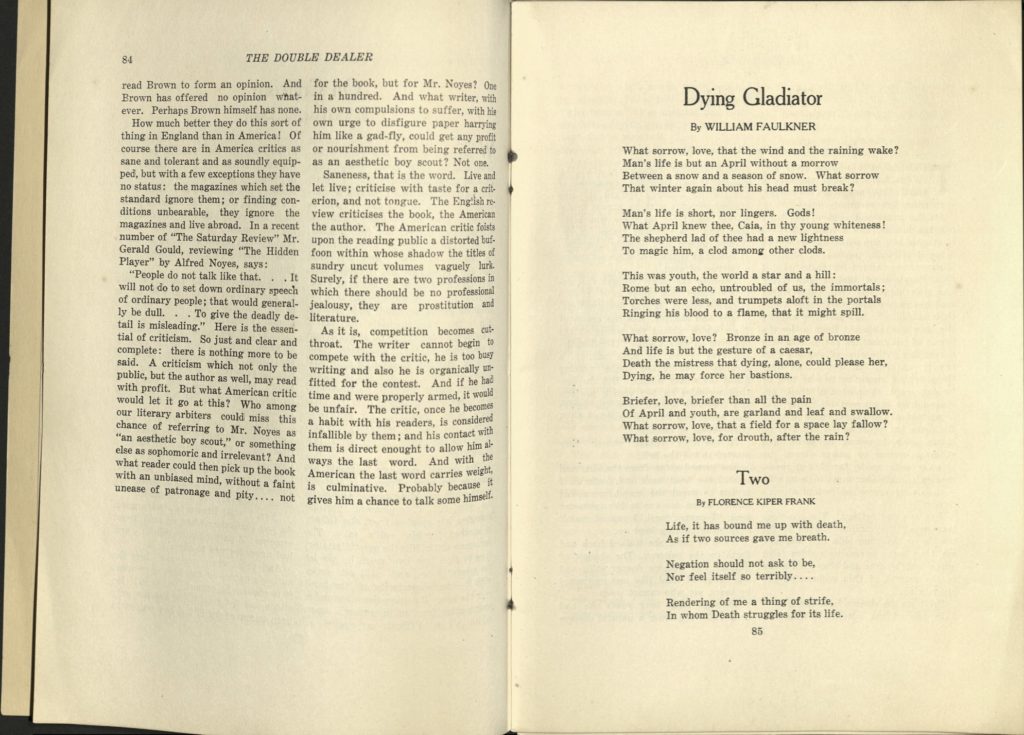 The Double Dealer Magazine was established in New Orleans in 1921 by Julius Weiss Friend, Basil Thompson, Albert Goldstein, and John McClure as a space for burgeoning southern modernists to submit their material.

Over the course of Faulkner’s time in New Orleans, he appeared in at least three issues of the Double Dealer. Though he published a poem in a 1922 issue while still at the University of Mississippi, Faulkner’s writing while in New Orleans seems to have first appeared in volume 7, issue numbers 41-42 of the Double Dealer in 1925. What is especially interesting about this particular issue is that it contains a humorous biography of Faulkner as a new contributor.

Up to this point, the young Faulkner had primarily been writing poetry and had just published his first collection of poetry, The Marble Faun, in 1924. The Mable Faun brought Faulkner to the attention of one of the founding editors of the Double Dealer, John McClure, as McClure had recently reviewed in The Marble Faun in the Times-Picayune, writing:

“It is doubtful if there are a dozen thoroughly successful long poems in English. When a young poet attempts sustained production, he is, under Lloyd’s or anybody’s average, predestined to failure. The most he can hope for, even if his name is Keats, is to fail with honor. Mr. William Faulkner, a Southern poet from whom we shall hear a great deal in the future, has failed, it seems to this reviewer, but with real honor” (Bassett 49).

Even with McClure’s promise of a bright future, Faulkner, not unlike many young people in their early twenties, found himself working a series of odd jobs, including as a clerk in a bookstore, a postmaster, and a dishwasher before establishing himself as a canonical writer.

The two pieces included in this issue, the poem “Dying Gladiator” and the essay “On Criticism,” would later become a part of his larger collection of vignettes known as the New Orleans Sketches in the Times-Picayune.