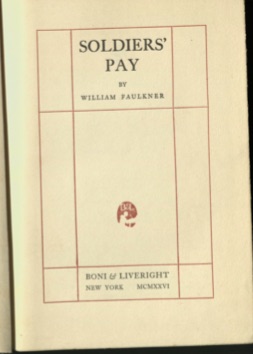 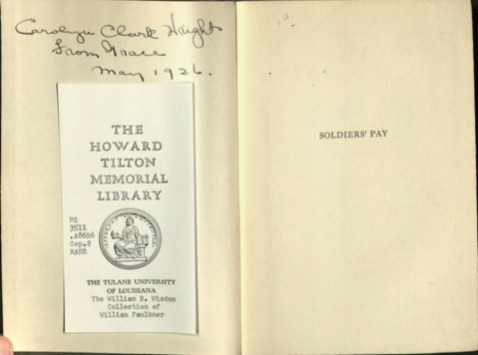 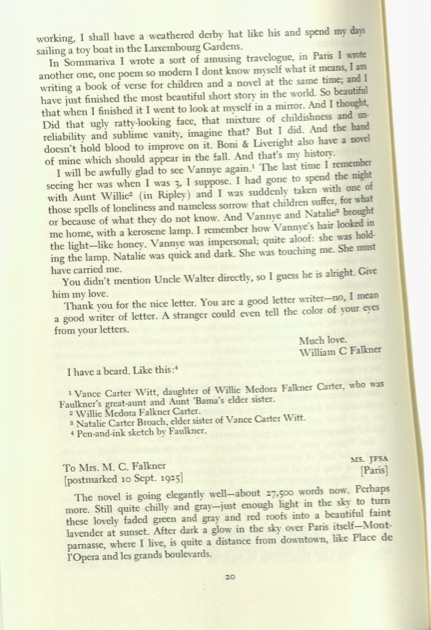 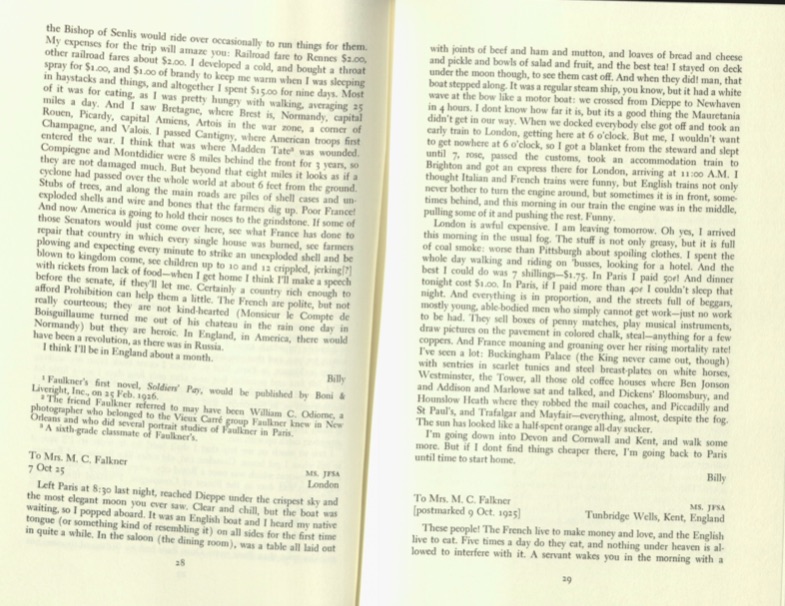 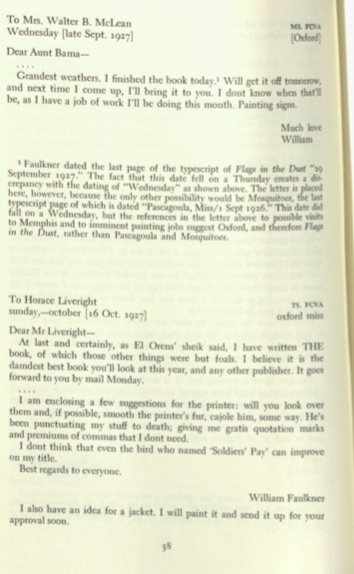 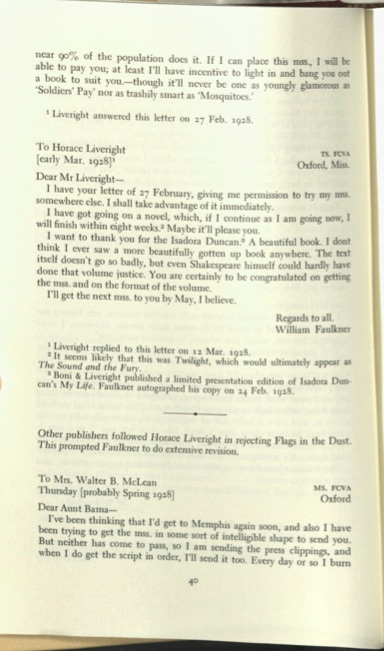 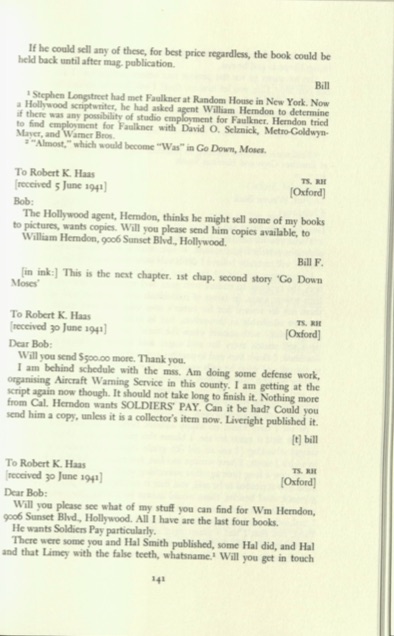 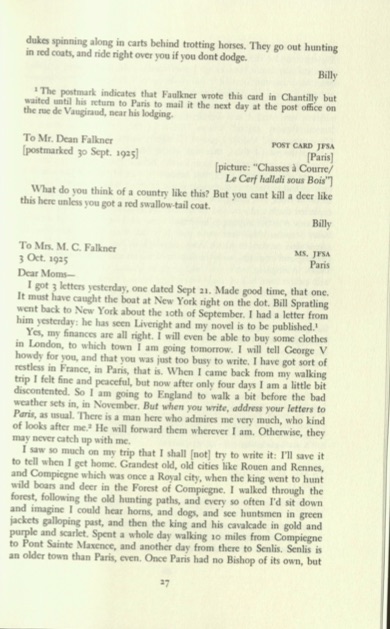 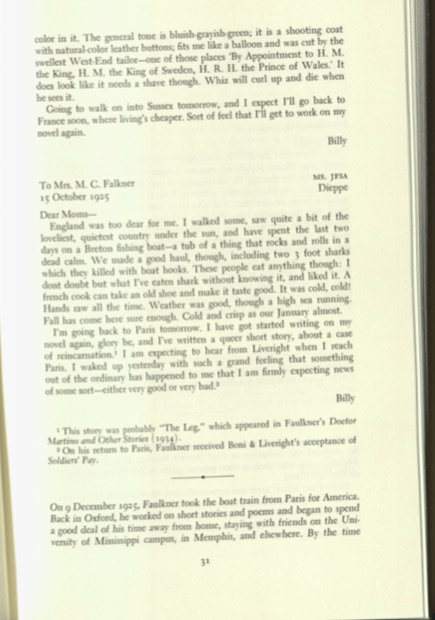 It was in the spring of 1925 in New Orleans, writing approximately 3000 words a day, that Faulkner drafted Soldiers’ Pay.

Soldiers’ Pay is Faulkner’s first published novel and was printed in 1926. The original title was Mayday, which Faulkner would instead use for an unpublished allegory. Though Soldiers’ Pay is not thematically shaped by New Orleans, it is in New Orleans that Faulkner really began to think about and begin writing this novel. Faulkner’s New Orleans connections are also credited with assisting in the novel’s publication. Specifically, the story goes that Sherwood Anderson offered to pass the manuscript to his publisher, Boni & Liveright, as long as he didn’t have to read the manuscript himself.

Like Mosquitoes, Soldiers’ Pay can be read alongside Faulkner’s correspondence. The letters included in this section show Faulkner relaying to his mother the process of writing and publishing Soldiers’ Pay, communicating with his publisher Horace Liveright about the progress and prospects of the book, and reflecting on Soldiers’ Pay after becoming a more experienced writer.

This particular edition of Soldiers’ Pay is also worth examining for its marginalia. The cover page includes a handwritten inscription and a date. The inscription appears to read: “Carolyn Clark Wright from Grace May 1926.”