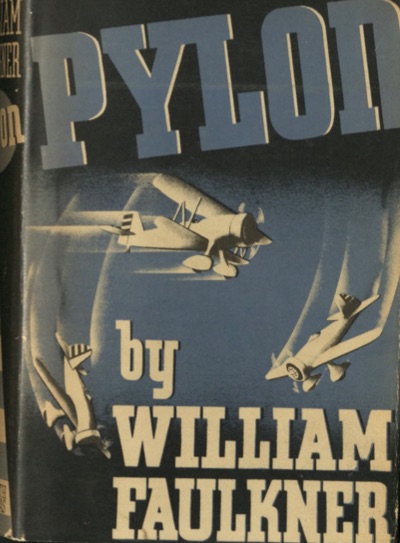 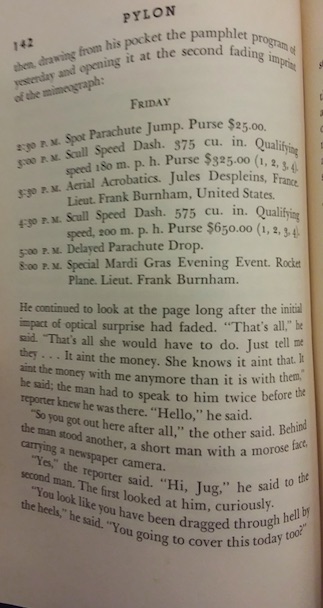 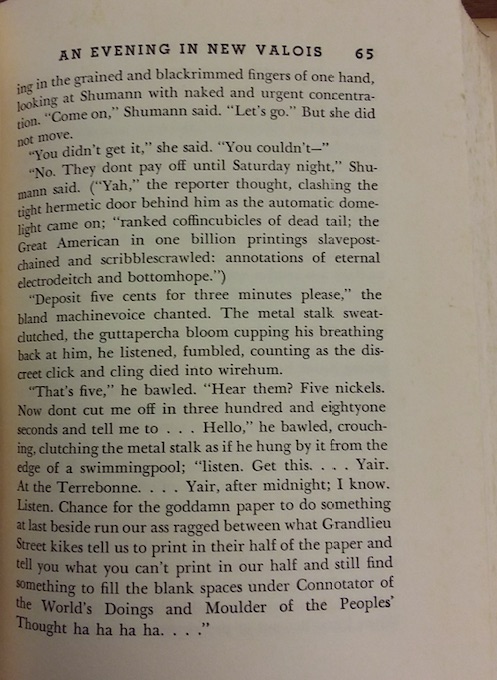 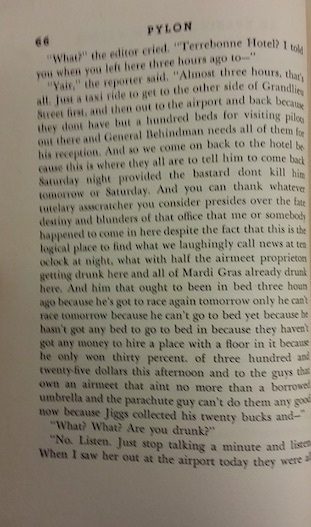 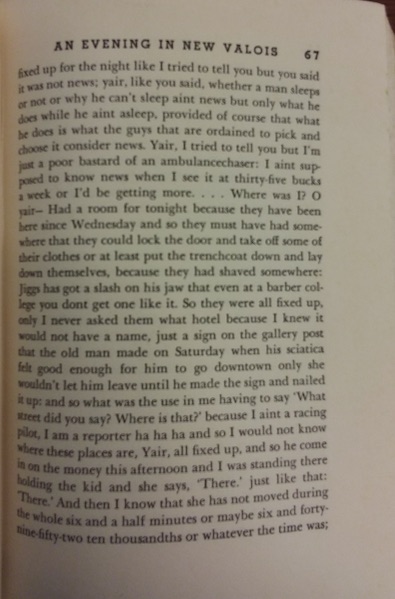 Pylon was published in 1935 and, though not conceived during Faulkner’s stay in New Orleans, it is one of the few works to be set outside of his fictional Yoknapatawpha County. The novel is set in New Valois, a fictionalized version of New Orleans, during Mardi Gras.

As a whole, Pylon received dismal reviews, with some reviewers going so far as to call it a “disappointment” and the characters “disgusting.” Despite its lackluster reception, Pylon is still a great example of how Faulkner’s time in New Orleans, however brief, helped shape his fiction as a he grew into a more mature and respected writer.