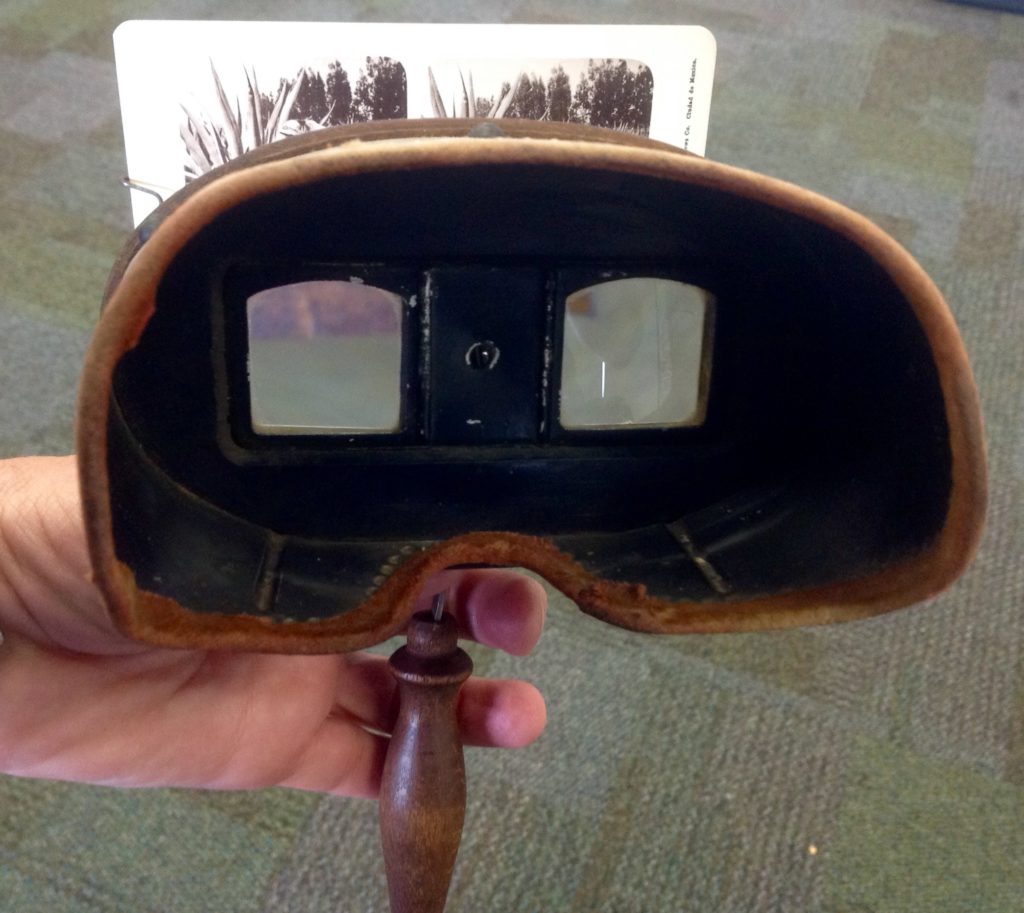 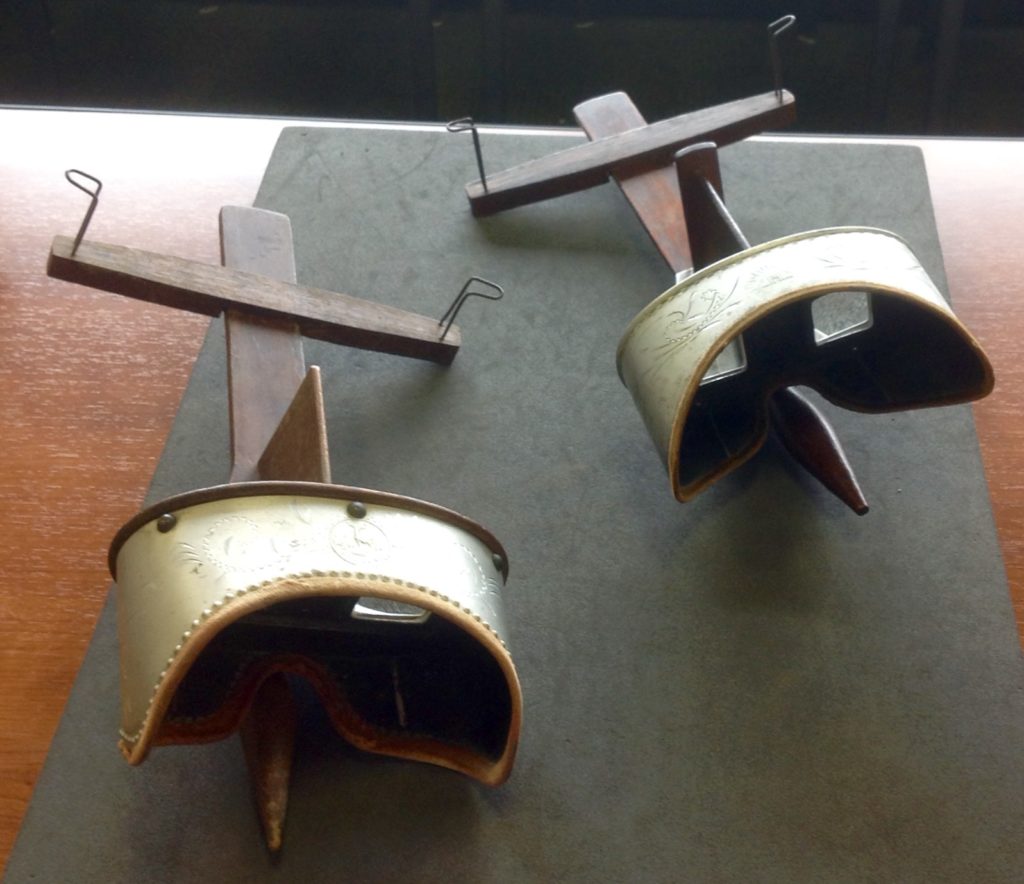 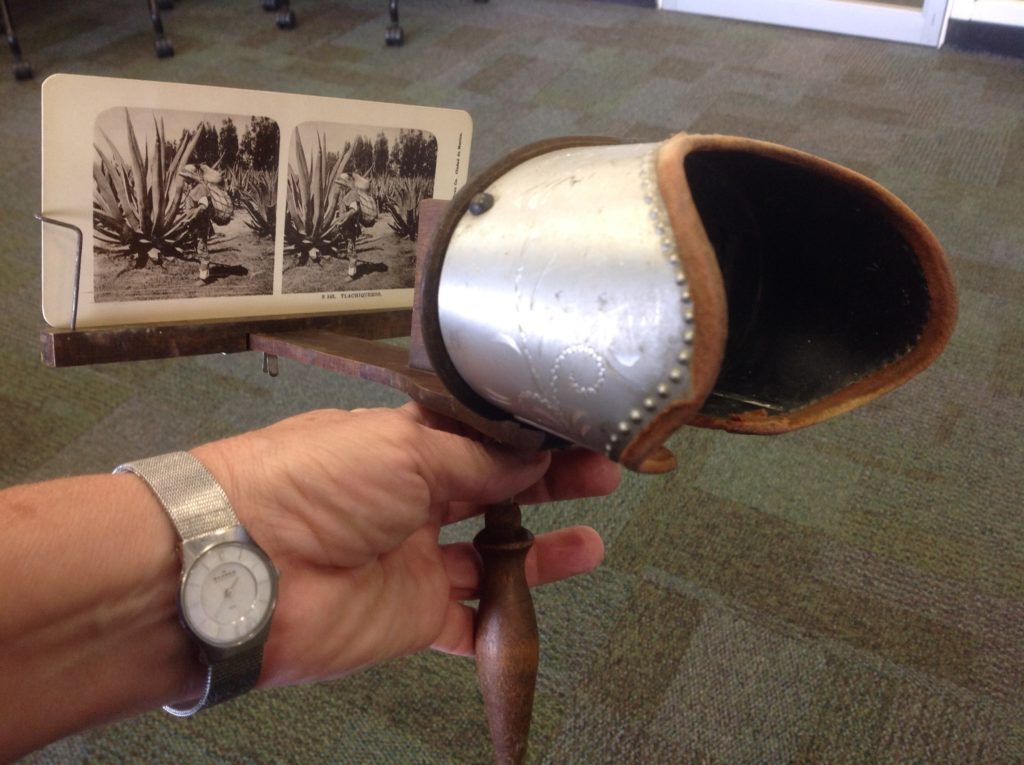 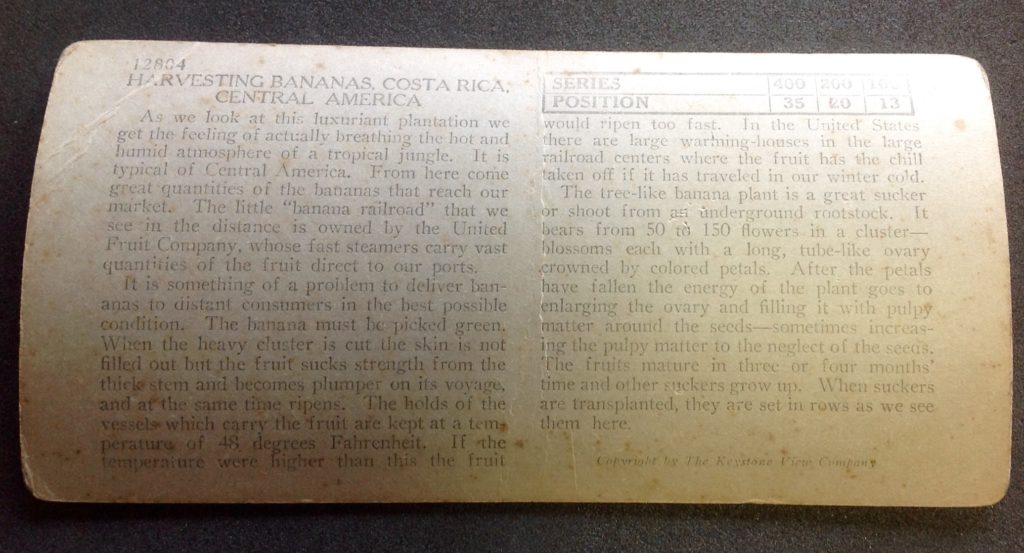 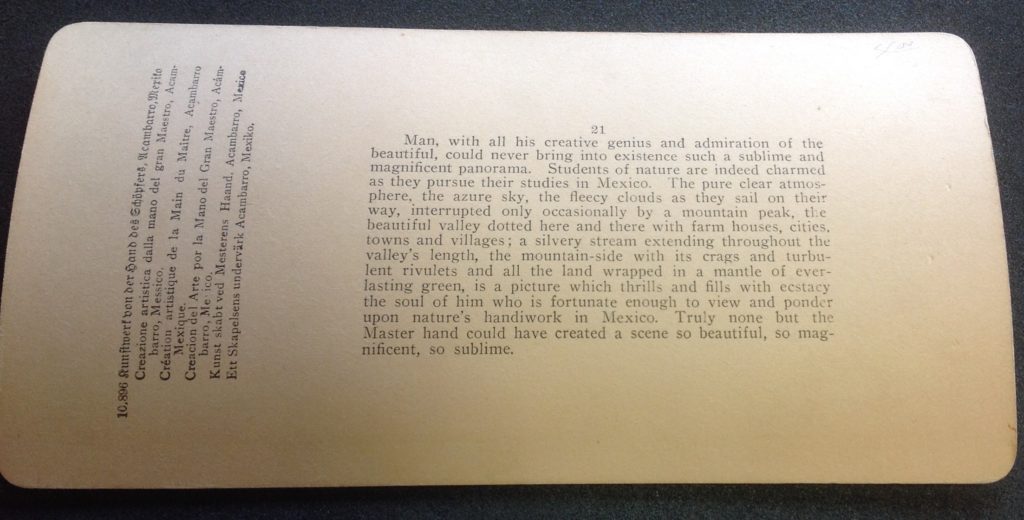 In 1859, shortly after the debut of Brewster’s lenticular stereoscope in Europe, Oliver Wendell Holmes Sr. invented a hand-held,  affordable stereoscope in 1859 to help popularize photography and stereographs, in particular.  Holmes did not patent his invention, so many versions were produced and sold (see the examples below). 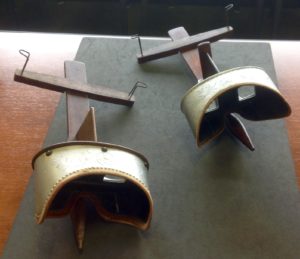 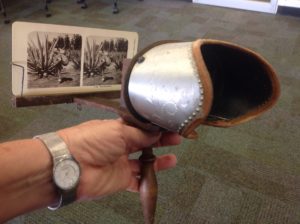 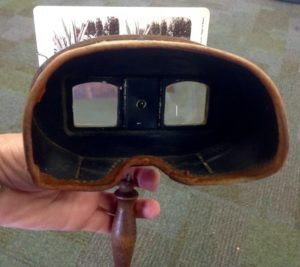 Throughout the 1850s and 1860s, stereoscopic photography was at its height in Europe and spreading into the Americas as photographers traveled around the world to capture exotic and inventive images.  The invention of the wet collodion negative, albumen emulsions, and a hand-held stereoscope made it easier and more economical to create multiple copies of a single photograph and to increase the accessibility of photography to the general public through the magic of stereograph viewing.

Also at this time, photographers had several technologies available for processing their photographs.  The stereographs shown below represent some of this variety:  albumen contact prints, silver printing out papers, and photomechanical prints.

After a brief decline during the 1870s and 1880s, the stereograph industry experienced a renaissance throughout the 1890s and early 1900s when publishing companies began to mass produce and mass market series of stereographs.  To increase distribution and sales, publishers produced stereograph series not only for diversion, but for educational and photojournalistic purposes and they sold them using clever door-to-door marketing strategies.  The images below provide examples of the added value of the texts that accompanied the stereograph views.

Text on the back of the “Harvesting bananas, Costa Rica” stereograph published by the Keystone View Company.

Printed information on the back of a Keystone View Company stereograph. Note the title appearing in numerous languages.