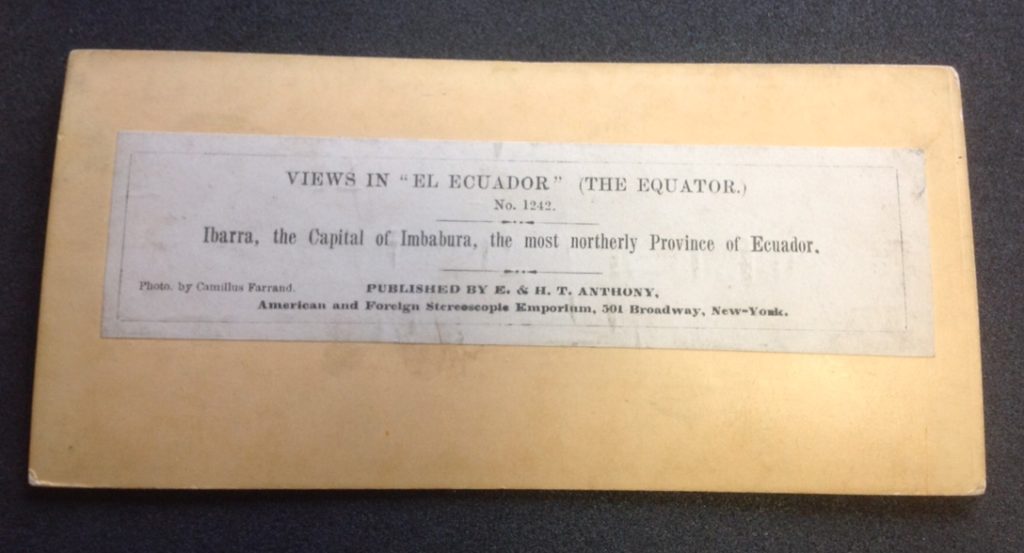 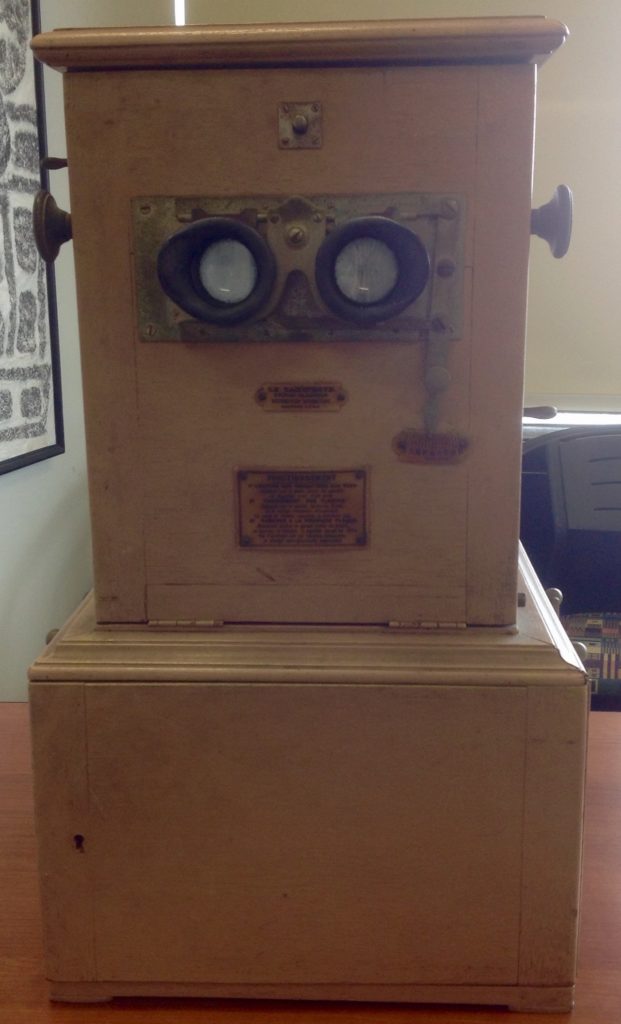 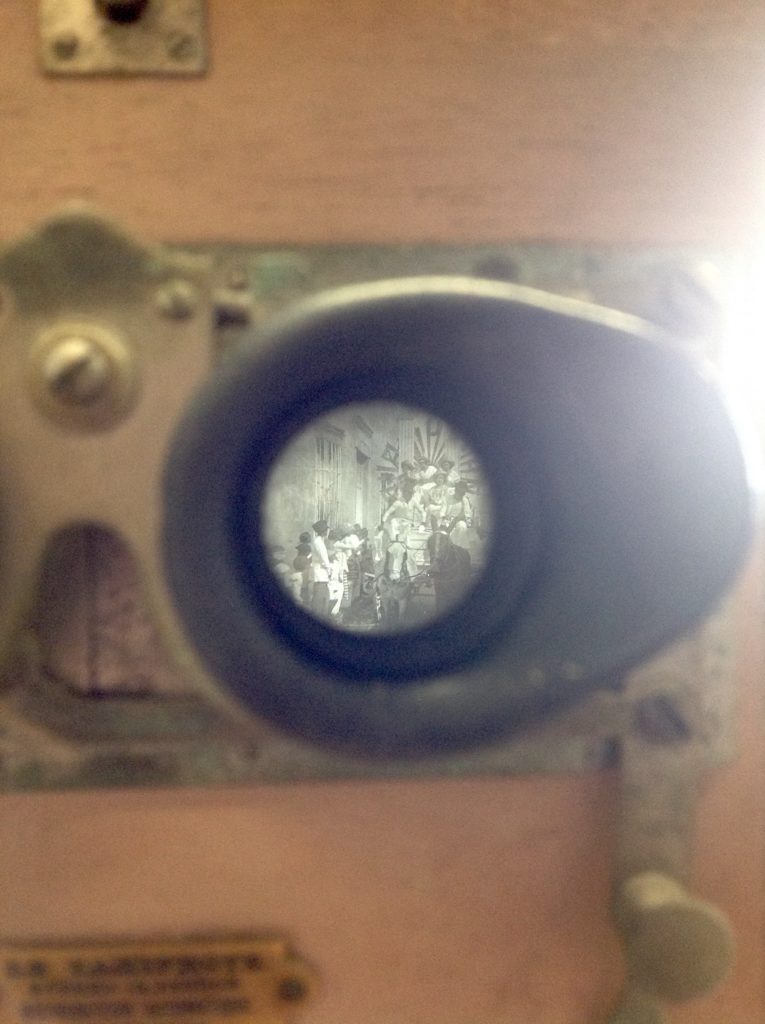 The Golden Age of Stereographs marks the height of artistic stereoscopic photography centered primarily in France and England. Key to this period was the invention of the technique to create wet plate collodion negatives. This technological breakthrough allowed photographers to not only create multiple copies of a single photograph, but they could expose  photographs much more quickly.  Wet plate negatives also freed them from the studio. They could now travel throughout the countryside and throughout the world taking photographs.

The viewer and glass slide (images below) come from the Marcelo Martínez Palma (1883-1958) Collection.  Dr. Marcelo Martínez Palma was a leading citizen of Mérida, Yucatán, Mexico where he had a successful medical practice.  He graduated from medical school in Paris in 1911 and returned to Yucatán with a lifelong love of France as well as a passion for photography.  The collection contains over 3,300 glass stereoscopic slides created by Dr. Martínez that document his family’s life and the urban culture in Mérida, festivals including Carnival, archaeological sites, and trips abroad to Cuba, Europe, and a visit to New Orleans in 1915.  Of particular importance is the documentation of the family’s sisal (or henequen) hacienda during the boom of the henequen industry in the Yucatán peninsula during the early 1900s.