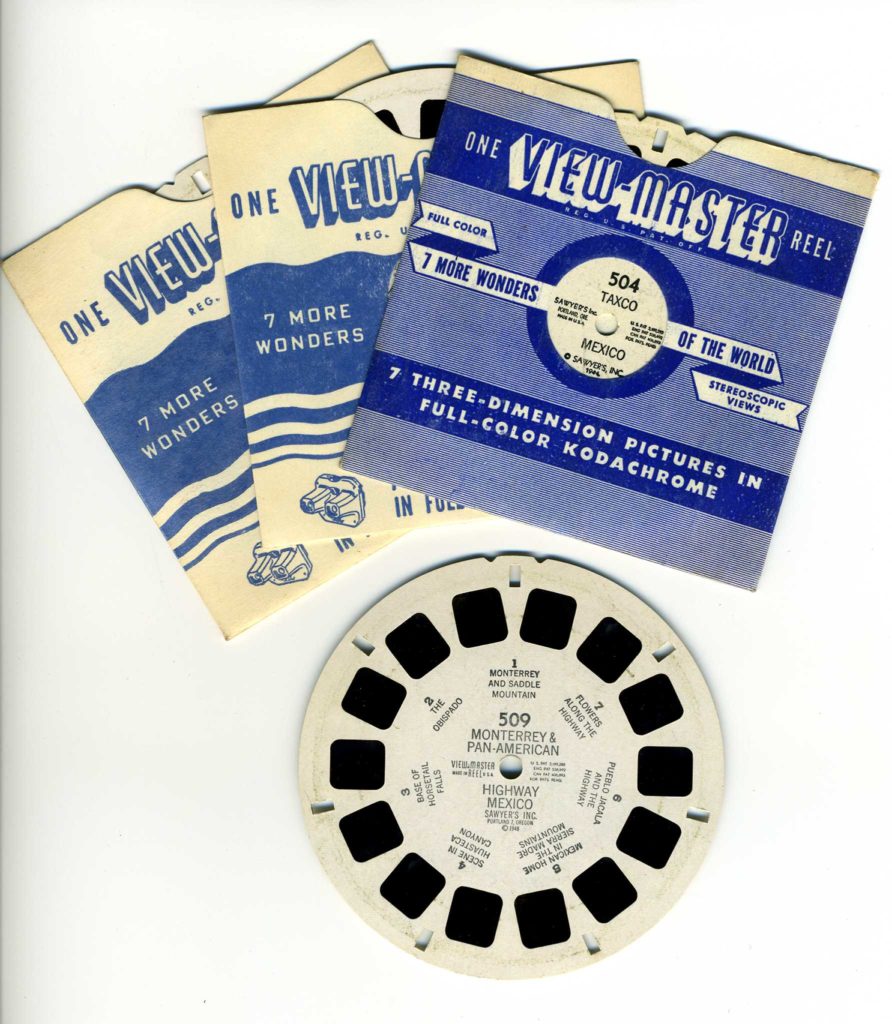 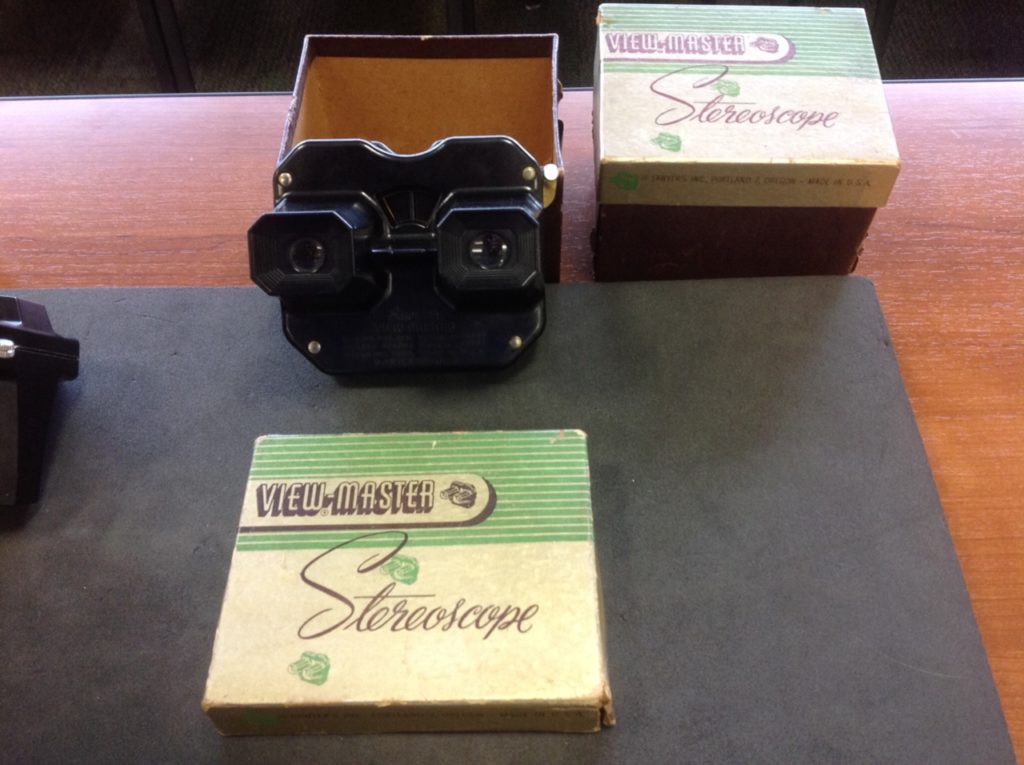 The end of stereographs did not mean the end of three-dimensional images.  Just as the last stereocards were being produced and sold, William Gruber and Harold Graves became partners in a new venture to manufacture and sell View-Masters, a 20th century version of the 19th century hand-held stereo viewer and stereograph.  The View-Master was a hand-held device for viewing reels that contained multiple 3-D images filmed in Kodachrome color.  The View-Master had its debut at the 1939-1940 World’s Fair in New York.  The sales of early View-Masters targeted adults with images of  national parks, monuments, and popular foreign tourist spots, including much of Latin America and the Caribbean.  In 1951, View-Master’s parent company, Sawyer’s, bought out its competitor, Tru-Vu, and gained the license to Walt Disney’s animated characters.  From 1951 to the present, View-Masters and its reels became more a children’s entertainment and educational toy than a promotional tool for travel and tourism.

Reels of stereograph images of Mexico for use with ViewMaster viewers, 1944-1948.