Conflict and Coexistence in Jerusalem / Jerusalem’s Geography of Violence / 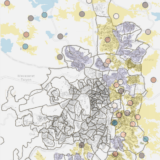 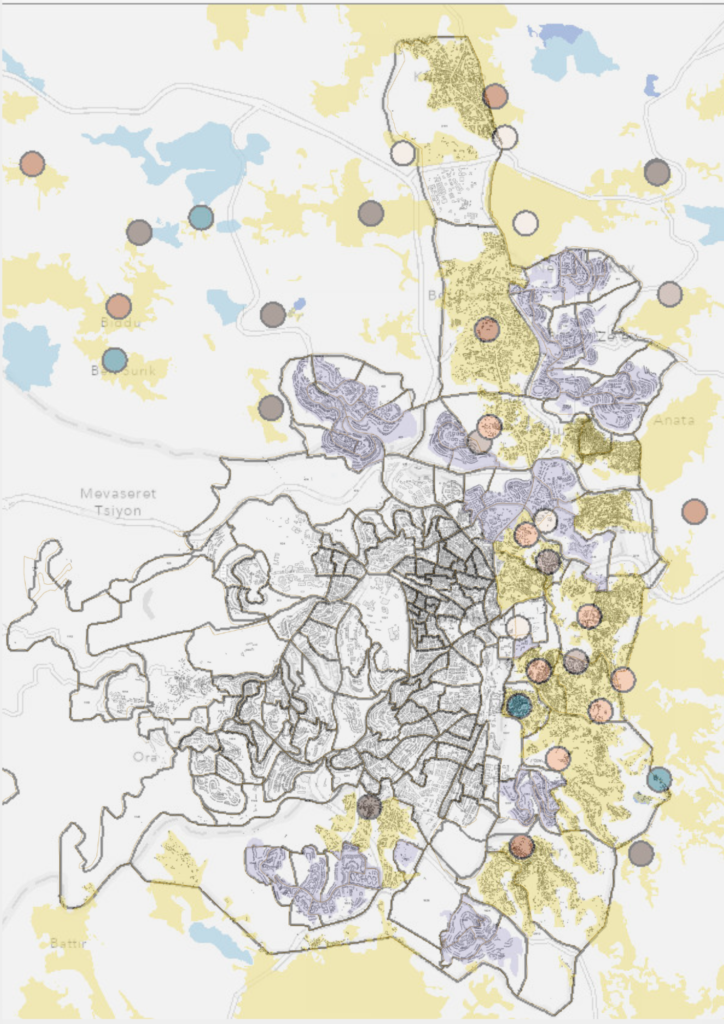 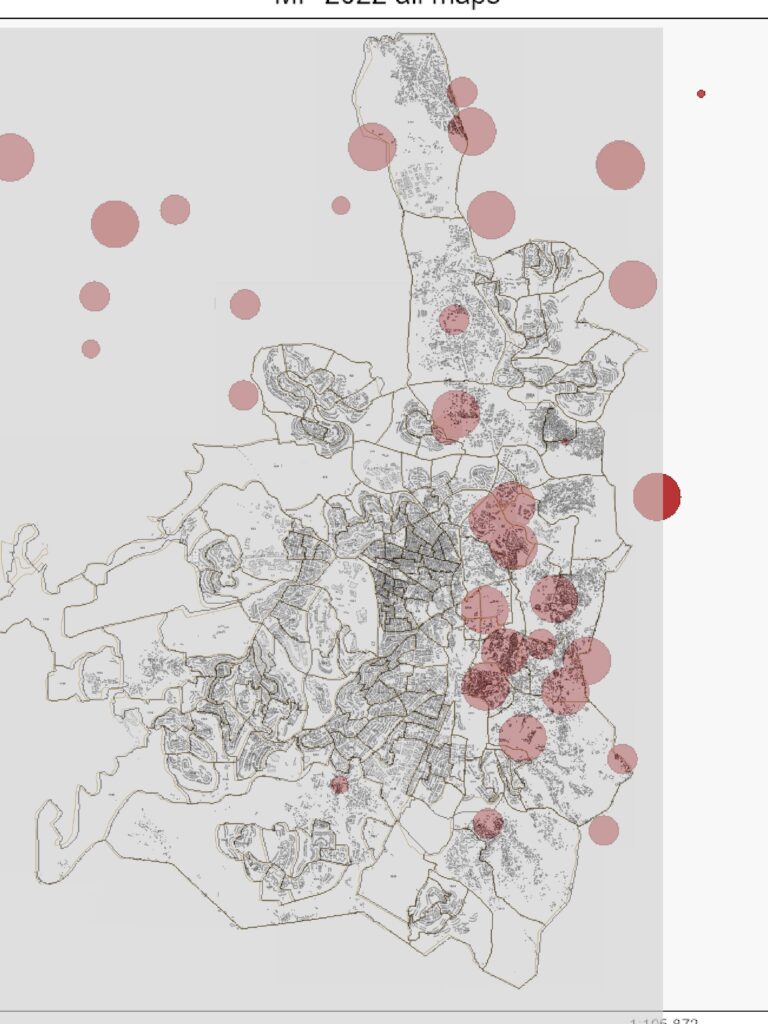 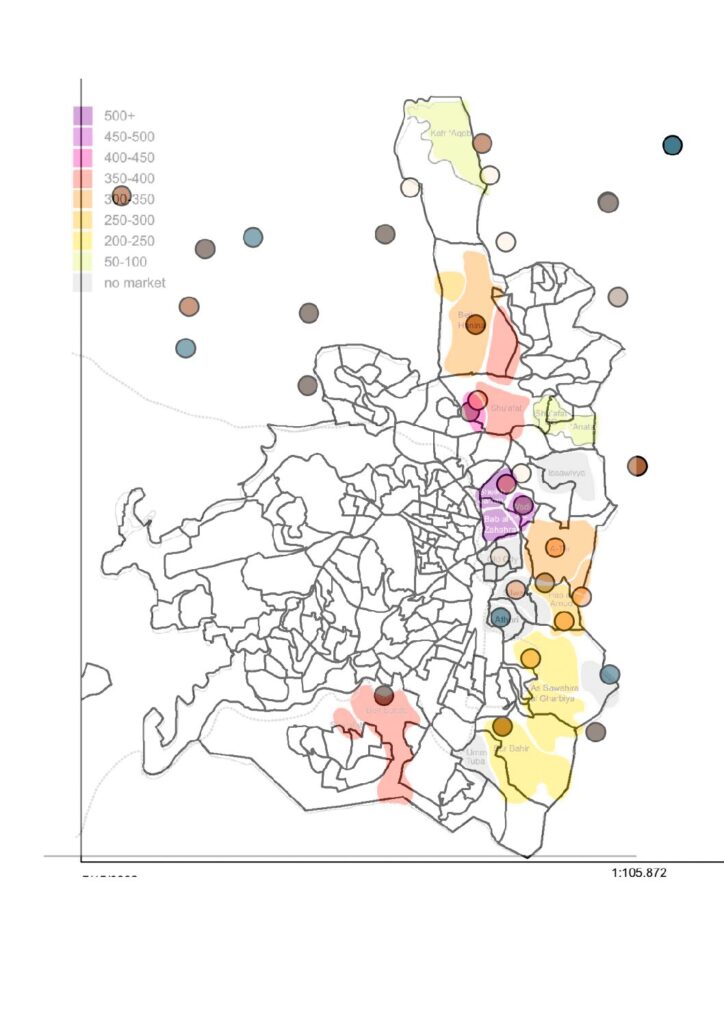 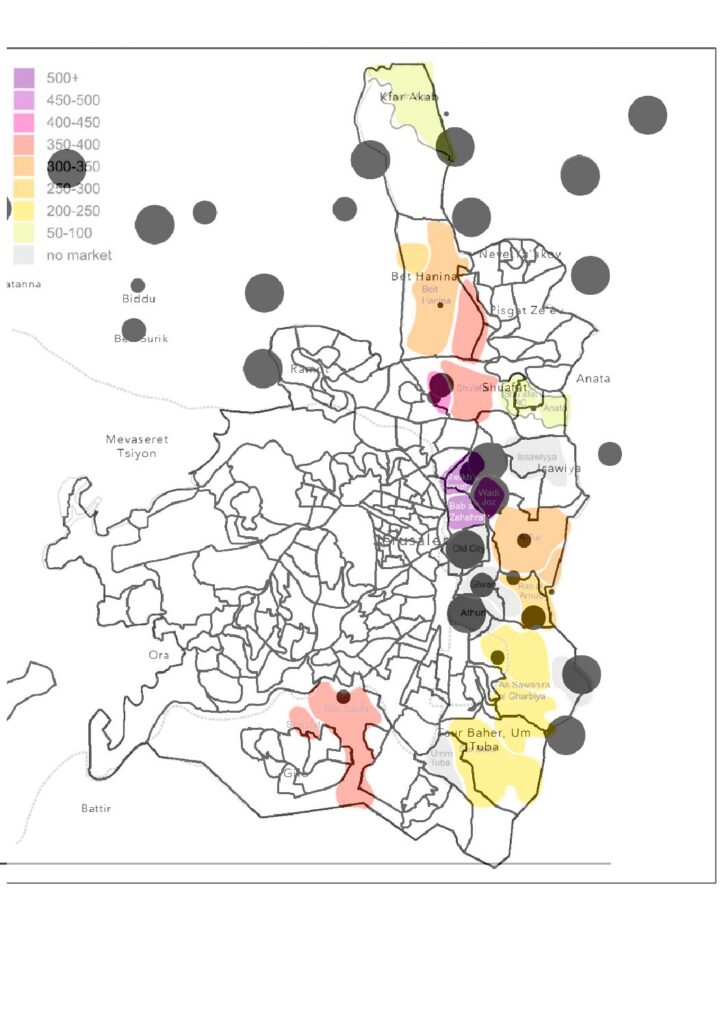 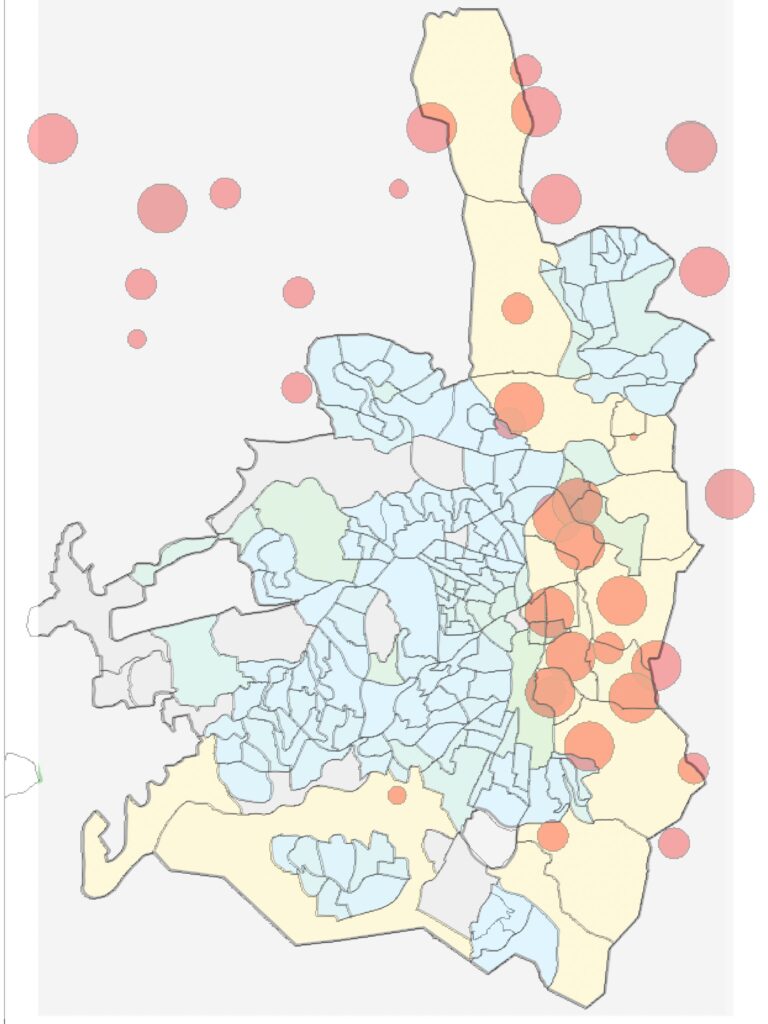 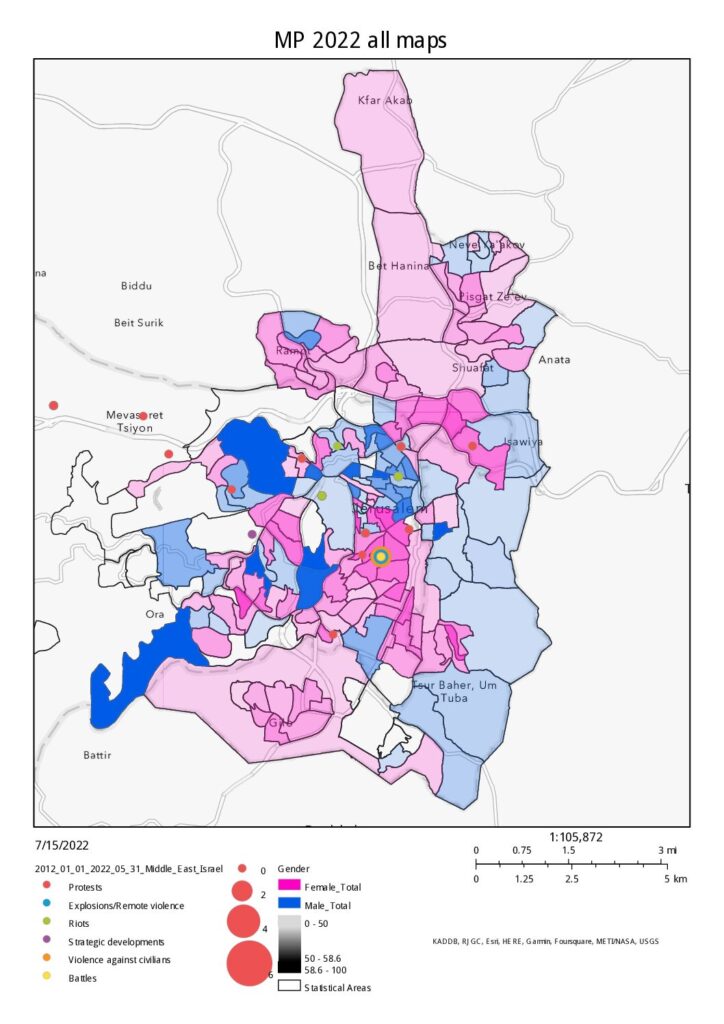 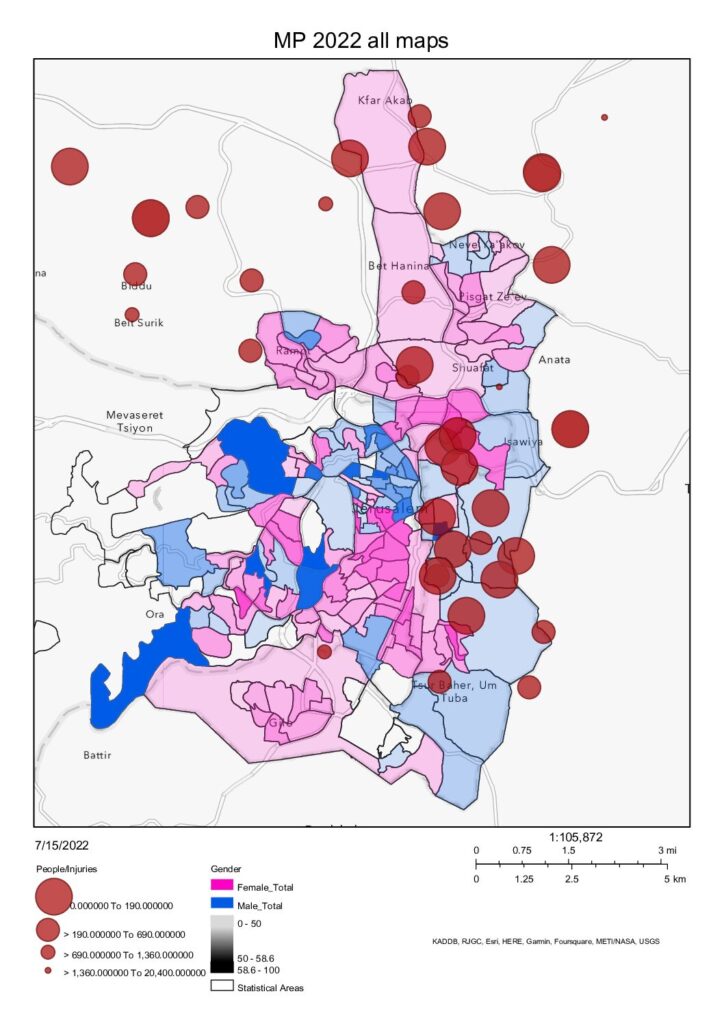 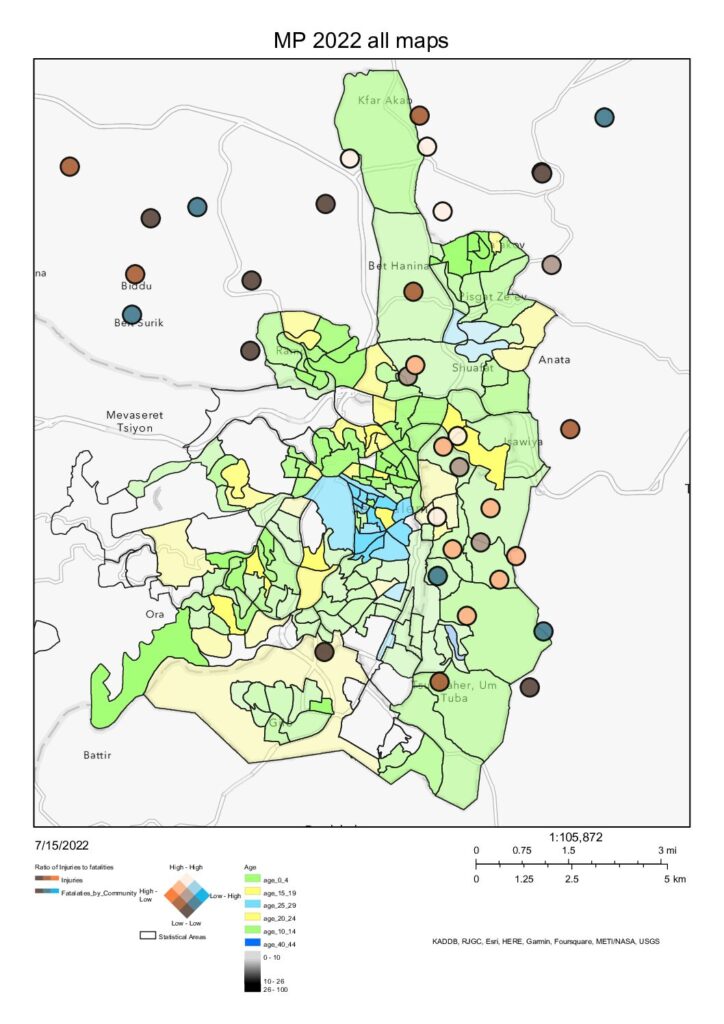 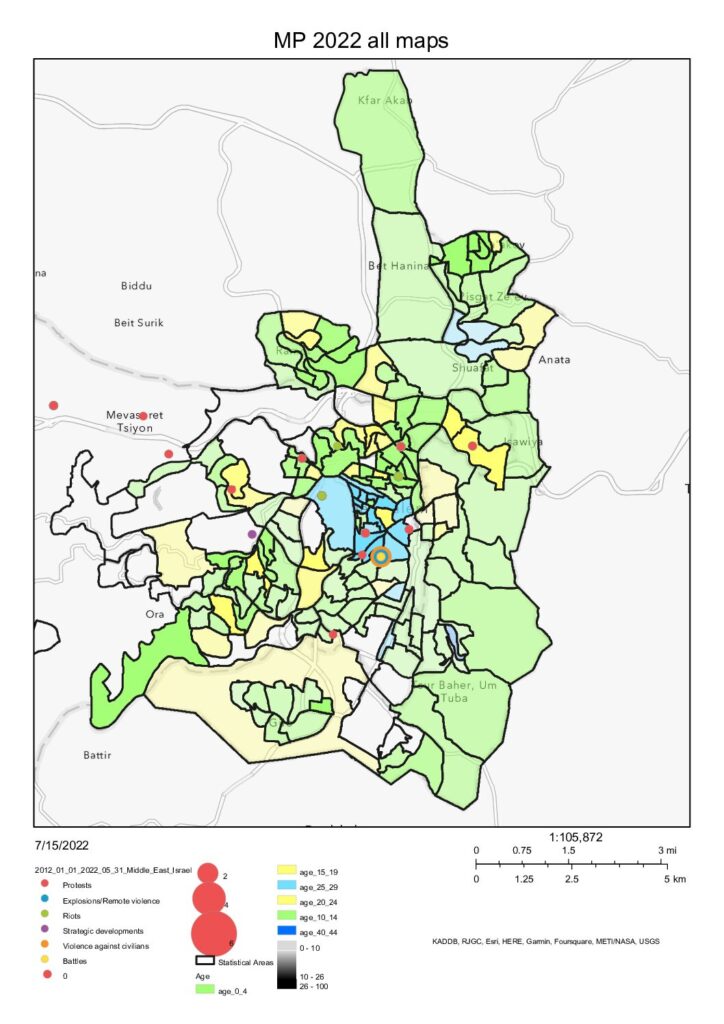 The popular image of the protest is one that intimidates and inspires. Individual citizens surrounded by clouds of tear gas face off against face-less security forces. Despite these striking images, nonviolent resistance has historically been more effective than violent resistance (Chenoweth and Stephan 2012) (Chenoweth and Stephan 2008) (Middle East Task Force 2005). Violence provides justification for equal or greater retaliation from the government, and can disenchant more peaceful sectors of society. A person willing to resist violently is usually willing to resist peacefully, but not vice versa. If violence is less effective, why do protests and other forms of resistance so often devolve into violence? What demographic, political, cultural, and spatial elements contribute to violence?

There seem to be four main contributing factors to violence during protests: demographics of the region, perceived legitimacy, perceived humanity of the Other, and spatial qualities of the resistance location. I have compared variables for each factor with the locations and amounts of violence to determine which of these variables correlates with the levels of violence at protests related to the Israeli/Palestinian Conflict.