Women in Peacebuilding and the Impact on their Status 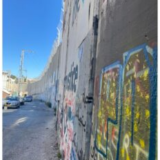 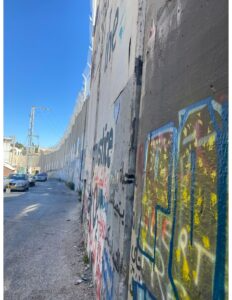 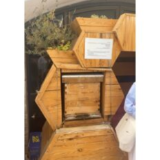 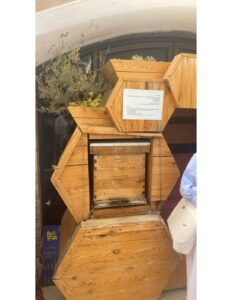 Why Do Women Need to be Involved in Peacemaking?

Women’s participation in peacemaking efforts has been shown to effectively achieve and sustain peace (Porter 2003). Due to the way that women are socialized to be nurturing as well as the role of homemaker that many women play, women are more likely to bring up issues of family needs, psychological needs of individuals and the community, basic human needs, and demilitarization of a state. Women are also likely to raise issues of domestic violence, sexual violence, and sex trafficking because so many women in conflict zones are affected by these issues (Moosa 2014). Including women in the peacebuilding process is also more likely to increase reciprocity between the two negotiating groups (Nerenberg 2018).

What Conditions Must be Met to Improve Women’s Participation in Peacemaking?

According to the United Nations Commission on the Status for Women, the following conditions must be met for women’s participation in peacemaking:

What is Women’s Current Status and Role in Peacemaking in Israel and Palestine?

In both Israel and Palestine, women are affected by religion and the Israeli security frame. However, this occurs in different ways.

In Israel, the prominence of religion has caused the family to be at the center of Israeli life. This has allowed Israeli women to gain rights such as maternity leave, maternity grants, and other benefits relating to motherhood. However, the centrality of the family also reinforces subordination. Women tend to be expected to care for the family which causes them to depend on men as breadwinners (Herzog 1998).

In terms of the Israeli security frame, women are unable to reach high-ranking positions in the IDF. A lot of times, one’s IDF position directly translates to a career. The fact that women cannot reach high-ranking positions means that women are less likely to have high-level careers such as a politician. Additionally, the military culture that the Israeli security frame plays, relegates the importance of improving women’s status to below security. The need for security is put first and all social issues are considered of secondary importance (Herzog 1998).

Israeli women do however have equal status under the law and most of the subordination of women does come directly from legal discrimination (“Women’s Equal Rights Law, 5711-1951”).

Religion in Palestine has been used as something to cope with the conflict. A desire to return to traditional religious roles as well as traditional Arab social and cultural mechanisms are emerging. The way that these roles and values are being interpreted is that a women’s role is as the homemaker and women’s honor should be protected (Herzog 1998).

The Israeli security frame in Palestine affects women in the way that it affects men. Men in Palestine feel emasculated by the Israeli occupation and in turn, reinforce the subordination of women in order to hold onto the little masculinity that they feel they have left (Herzog 1998).

I met with two organizations that work specifically on women in peacemaking, Women Wage Peace and the East Jerusalem Center for Women. Jerusalem Center for Women describes the organization’s mission as increasing awareness of women’s issues, connecting Israeli and Palestinian women to work together for peace, and increasing training and awareness in relation to United Nations Resolution 1325, which acknowledges the unique impact that conflict has on women and girls (Harsche and Khawaja 2022). Women Wage Peace is an Israeli group that works with Palestinians to bring leaders together to negotiate and create an agreement that would be accepted by both Israelis and Palestinians (Harsche and Scharf 2022).

Although both of these groups’ work is very impactful, women are far from being fully included in the peace process. Both of my interviewees described being ignored by government officials or not being taken seriously by those in their community or those involved in negotiating peace (Harsche and Khawaja 2022) (Harsche and Scharf 2022).

How Will Women’s Role in Peacemaking Affect their Status?

The conditions that must be met to include women in peacebuilding are very similar to conditions that are known to increase women’s status. This includes access to education, reduction in violence against women, reducing poverty among women, and increasing their financial independence (Sundaram 2014) (Amin 1997) (Basar 2018). Therefore, women’s involvement in peacemaking may have an impact in transforming their role in society.