Conflict and Coexistence in Jerusalem / Restricting Jewish Prayer at the Temple Mount: A Human Rights Issue? / 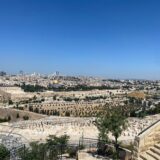 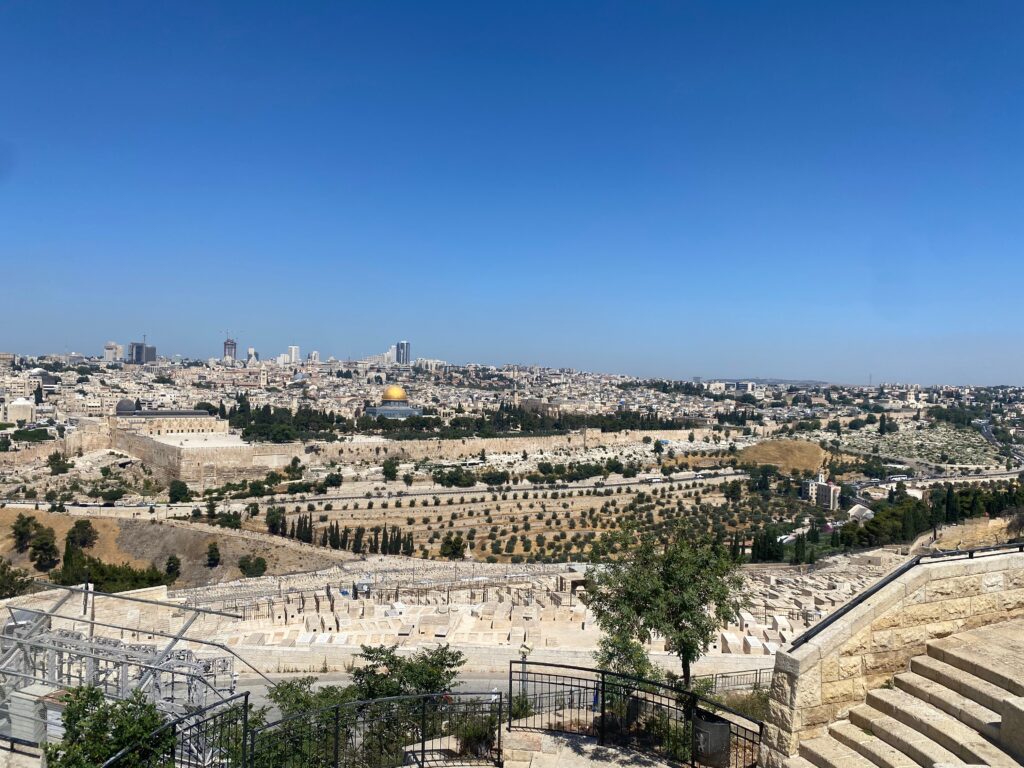 The Temple Mount is a shared religious space for both Jewish and Muslim people so in order to understand the importance to both religions, the religious significance and its history are crucial to explore

To the Jewish community, the Temple Mount sits over the “Holy of Holies” in the original Jewish Temple where G-d’s presence appeared and only the Israelite high president could enter. 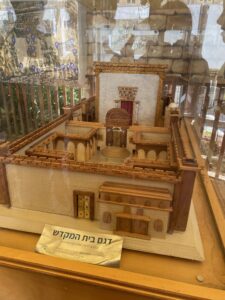 This is a replica of what Jewish Studies scholars believe the Holiest of Holies looked like in the First and Second Temples.

In Islam, the site is where Muhammad ascended to heaven and is now home to the Al-Aqsa Mosque, the third holiest site in Islam.

This is the Al-Aqsa Mosque (Photo from Wikipedia)

Political scientists have found that religious sites cannot be shared because of their importance to the religion’s core identity and clearly defined boundaries (Bowman 2015).

How Does This Relate to Human Rights?

Because there is such religious importance to both Jews and Muslims, restricting one identity gives power to the other and allows only certain people to have the privilege of visiting. Muslims are able to pray at al-Haram al-Sharif while any other religion can only visit. Restricting prayer at a holy site is going directly against freedom of religion, which is why the term human rights violations has been used in this situation.

Many use the Temple Mount and Dome of the Rock interchangeably.

The Temple Mount is between 35 and 37 acres. The Dome of the Rock takes up a minuscule amount of this, as seen by the photos below. 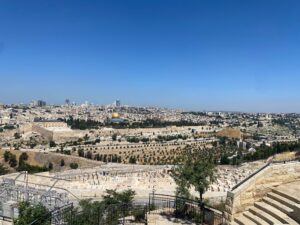 A zoomed out view of the entire Temple Mount Compound, surrounded by high walls.

The Dome of the Rock 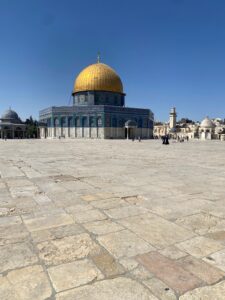 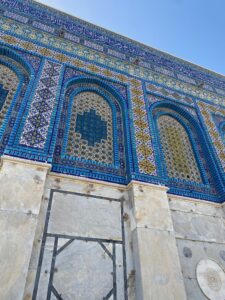 A side of the Dome of the Rock, filled with mosaics.

Anywhere on the Temple Mount, any religion other than Islam may not pray out loud or bring any religious objects.

Below is a photograph of some Orthodox Jewish individuals who were escorted by an armed guard through the Temple Mount compound. 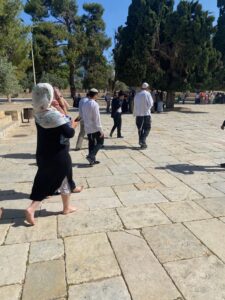 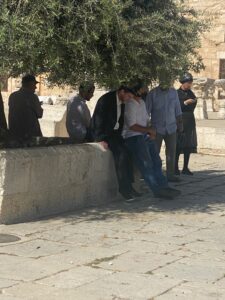 Orthodox Jews waiting for their armed guard to escort them on the main part of the Temple Mount grounds.

Jewish Organizations Working on Human Rights on the Temple Mount

The name, Beyadenu came from the Israeli Defense Forces (IDF) Commander of the paratroopers who captured the Temple Mount in 1967 during the reunification of Jerusalem. Recently the organization, formerly made up of students, merged with the Temple Mount Heritage Foundation. The goal of the organization is to raise awareness about the Temple Mount and its heritage (Beyadenu). Through this goal, they want to fight discrimination and change the current situation.

Beyadenu is unique because they work with observant and non-observant Jews to emphasize the matter of heritage, national issues, human rights issues, and religious issues.

Shalom Jerusalem Foundation calls itself “Zionism next generation”, focusing on bringing the holiness of the Temple Mount to the world’s focus. Their ultimate goal is trying to raise awareness of Jerusalem’s role in the entire world as a hub of inclusiveness and a house of prayer for all nations.
Ultimately, if Shalom Jerusalem succeeded the Temple Mount would be a world symbol of unity, allowing prayer for all religions.

There is also an Organization for Human Rights for Jews on Temple Mount and the Temple Institute.

If their claim has any merit, they must condemn the State of Israel for its treatment of Palestinians. It is impossible to claim human rights violations when the West Bank and Gaza have minimal clean water and live under a corrupt government.

Breeding Ground for the Conflict

The inability to share the Temple Mount is reflected in the ineffectiveness of a peaceful resolution in the current Israeli-Palestinian conflict. Could it be the first place of coexistence that spreads throughout Israel, the West Bank, and Gaza?

But we can all hope that maybe it will be the other way around, a peace agreement could lead to a sharing of the Temple Mount.

Bowman, G. (2015). Introduction: Sharing the Sacra. In Sharing the sacra: The politics and pragmatics of intercommunal relations around Holy Places (pp. 1–10). Berghahn.

The State of Israel. (1948, May 15). Declaration of Independence. M.knesset.gov.il. Retrieved July 6, 2022, from https://m.knesset.gov.il/en/about/pages/declaration.aspx

All photos taken by myself unless otherwise stated.