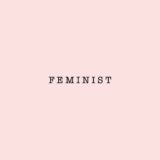 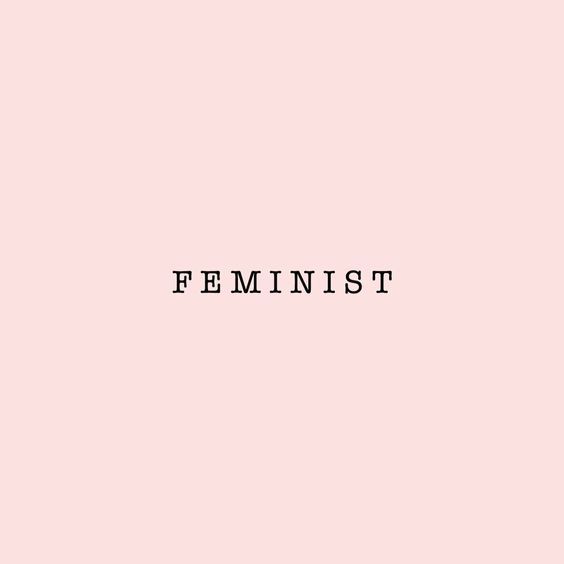 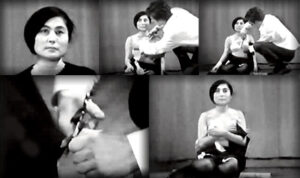 In 1964, Yoko Ono performed one of her most influential pieces in Kyoto, Japan. The piece, entitled “Cut Piece”, Ono sat alone on stage wearing a suit with a pair of scissors in front of her. The audience was then encouraged to cut small pieces of clothing off of Ono, all while remaining emotionless. The reasoning behind this piece was that each audience member is taking part intentionally and potentially aggressively cutting Ono’s clothes off to unveil the female body. The piece has been interpreted to have multiple meanings over time, each corresponding to the female body in some way. An interpretation that does not focus on Ono’s body is that the piece is a protest against war, particularly the atomic bombing of Hiroshima. The way Ono’s clothing is cut and torn replicates the clothing of the people of Japan after the bomb fell. The striking performance left a revolutionary message to women everywhere about the way the public perceives the female body. Yoko Ono’s celebrity status allowed for Cut Piece‘s message to reach well beyond the art world.

Below is a video of the performance: 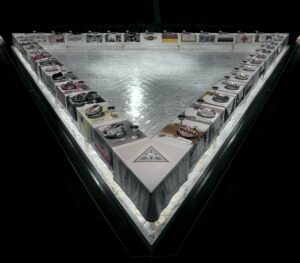 The Dinner Party By: Judy Chicago 1974

In 1974 Judy Chicago’s piece “The Dinner Party” gained national attention and controversy surrounding the depictions of female genitals on a table setting. The piece itself consists of a ceremonial banquet on a triangular table with thirty-nine place settings. Each place setting symbolized an iconic/important woman from history. Each setting contained embroidered runners, gold chalices, utensils, and china with central motifs alluding to the vulva and butterfly forms, each being unique to the woman it is representing. The triangular shape of the table represents equality. This art piece promotes positivity surrounding the female body and embracing the female genitals as a symbol of power. Today Chicago’s piece can be seen at the Brooklyn Museum in New York.

Below is a video talking about Judy Chicago’s The Dinner Party: 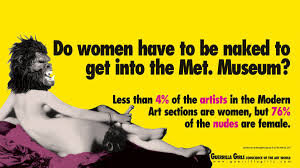 Guerrilla Girls is an anonymous group of feminist, female artists devoted to fighting sexism and racism within the art world. The group was formed in New York City in 1985, in hopes of bringing attention to the racial and gender inequality within the arts community. The entire purpose of the group was to bring awareness and attention to them. Throughout their existence, the Guerrilla Girls have gained the most attention for their bold protest art, whether it was casting projections on famous art galleries, having large billboards, or patrolling the streets with their masks on in order to draw attention. This billboard in particular is alluding to the disparity of the number of naked women in art galleries in comparison to the small number of women artists. This piece was a part of the Guerilla Girl’s exhibition, Reinventing the F word- Feminism!

Below is a video that talks about Guerilla Girls and their message: 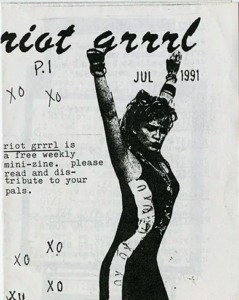 Riot grrrl was an underground feminist punk movement that began during the early 1990s within the United States in Washington and the greater Pacific Northwest. Riot Grrrl activism involved meetings, the creation of zines, and a nationwide network of support for women in music. Riot grrrl often addressed issues such as rape, domestic abuse, sexuality, racism, patriarchy, classism, anarchism, and female empowerment. In addition to involvement with the music scene, Riot grrrl became a subculture involving a DIY ethic, zines, art, political action, and activism. A zine is a small-circulation self-published work of original or appropriated texts and images, usually reproduced via photocopier. Zines are the product of either a single person or of a very small group and are popularly photocopied into physical prints for circulation. The distribution of zines became very popular in feminist culture, as a way to spread ideas of female empowerment. This change influenced the vibrant zine and Internet-based nature of third-wave feminism, complete with local meetings and grassroots organizing to end intersectional forms of prejudice and oppression, especially physical and emotional violence against all genders.

Below is a link that leads to a variety of zines inspired and published by Riot Grrl: 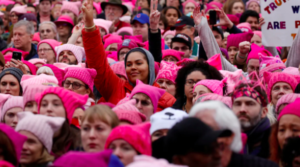 The pussy hat movement is a global women’s movement created in response to Donald Trump’s public statement about “grabbing a woman by the pussy”. After the 2016 Presidential election of Trump, women across America marched in the now annual Women’s March, which has played a large role in third-wave feminism. Their mission is dedicated to advancing women’s rights and human rights through the arts, education, and respectful dialogue. Women decided in order to directly address the demeaning and misogynistic statement from Trump, that they would create/buy pink pussycat hats, in order to take by their power. The statement has allotted over 600 rallies in countries touching nearly every continent. The hats have become a symbol of female empowerment and a show of strength over the controversial President of the United States.

Below is a video that shows the Pussy Hat Project in Action:

Art creates no limits to which one can express their most powerful thoughts and ideas. Feminist art pieces are some of the most powerful and profound artwork created in history. Through the power of artistic expression, feminist movements are empowered and forever shaped by the art world.