“To Grow to Greenness and Renown”: Female Botanists and Botanical Illustrators / Edith Clements / 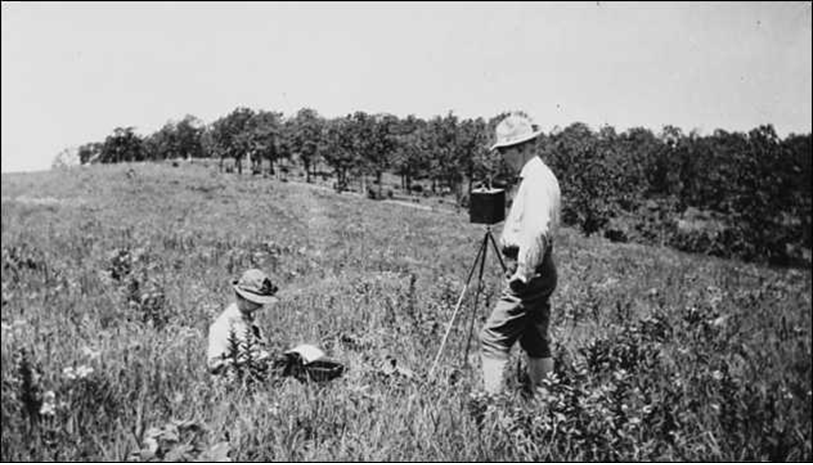 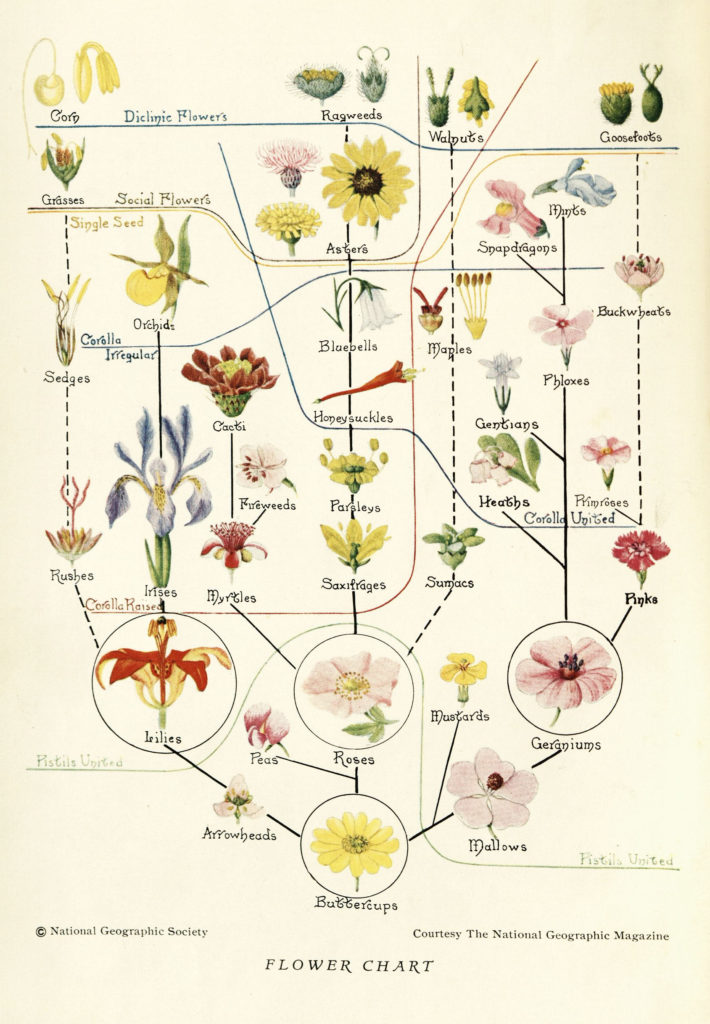 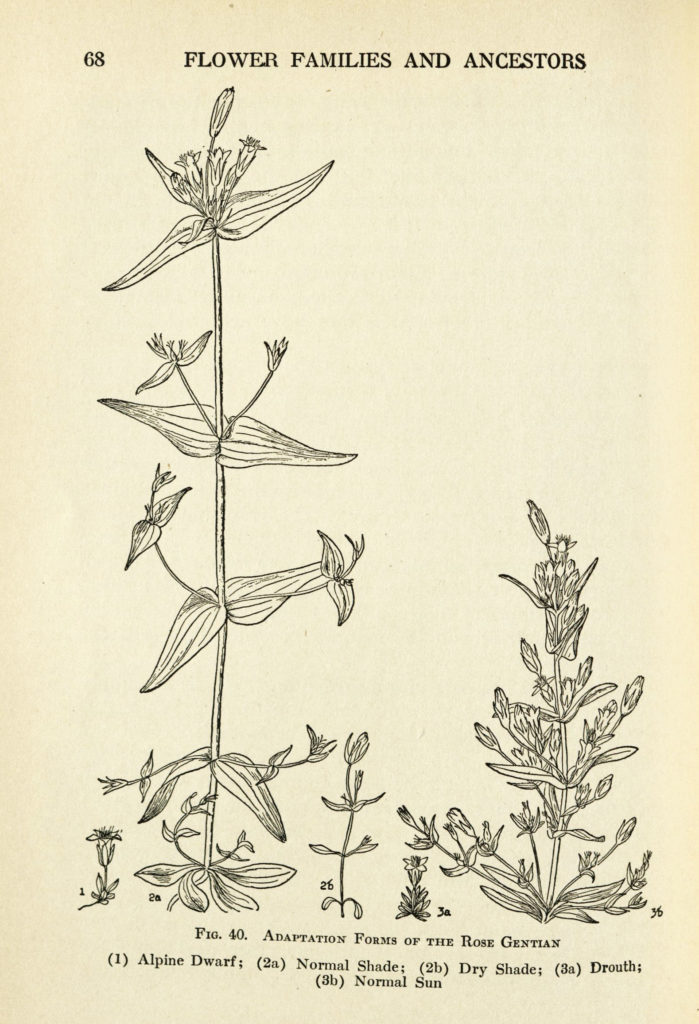 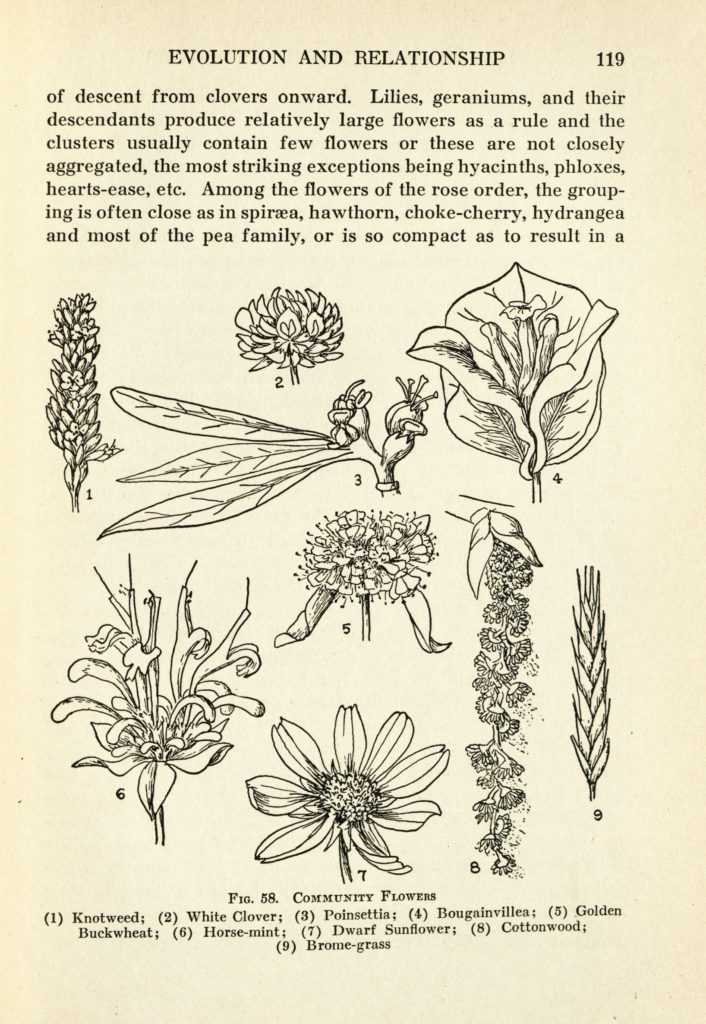 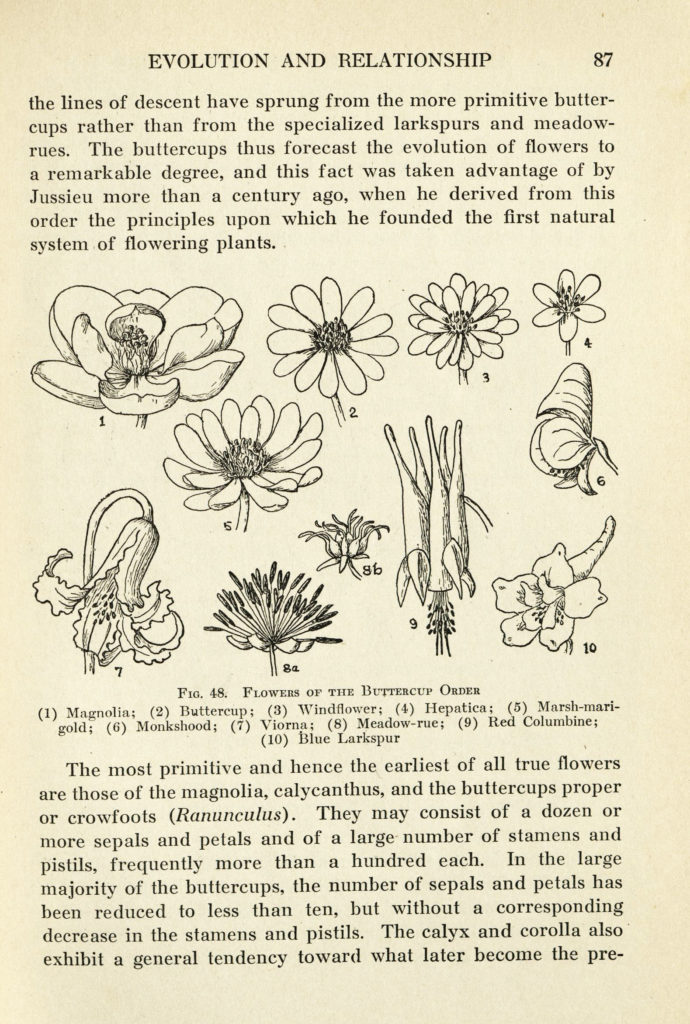 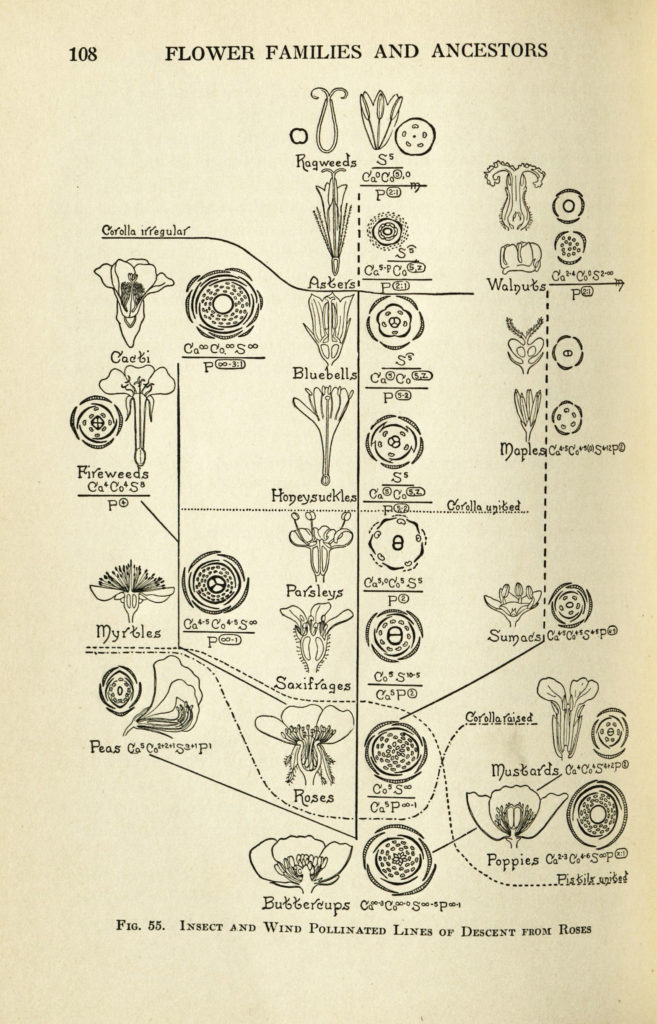 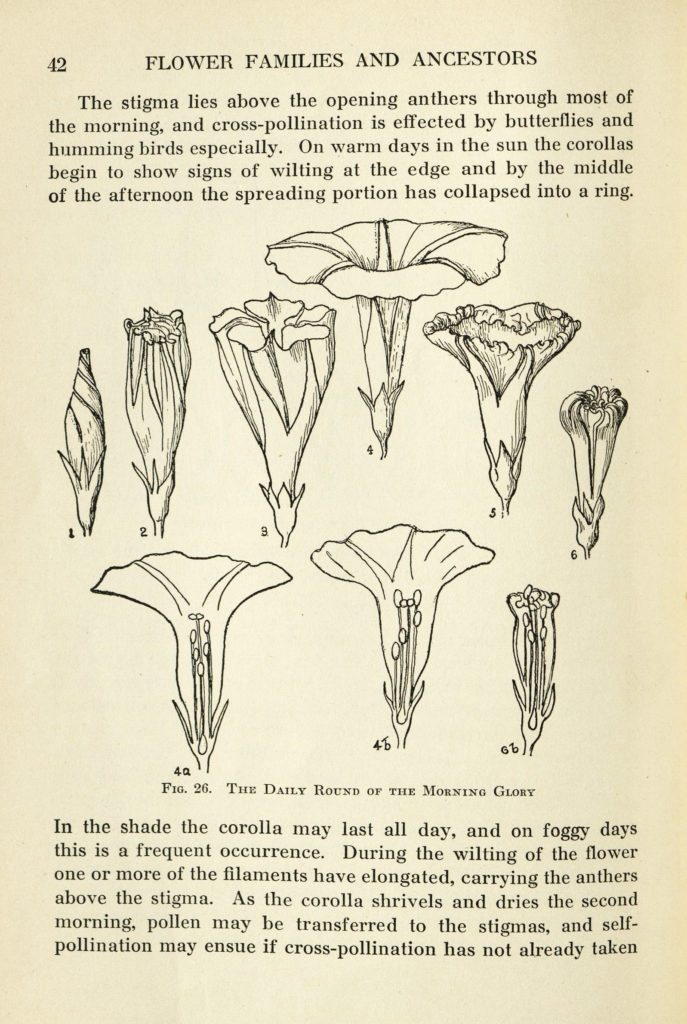 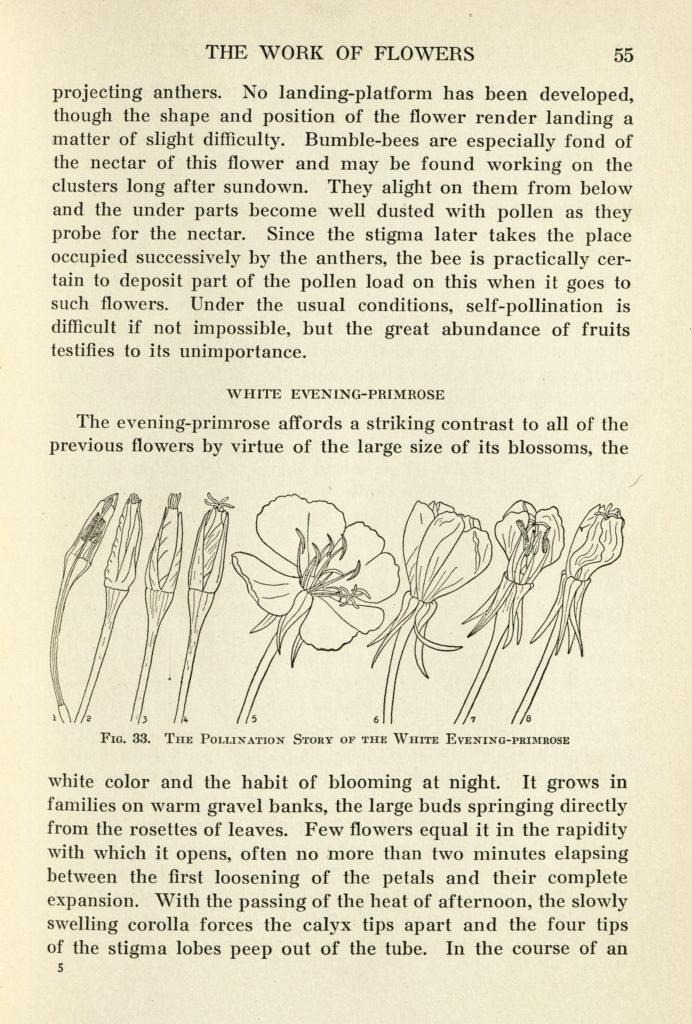 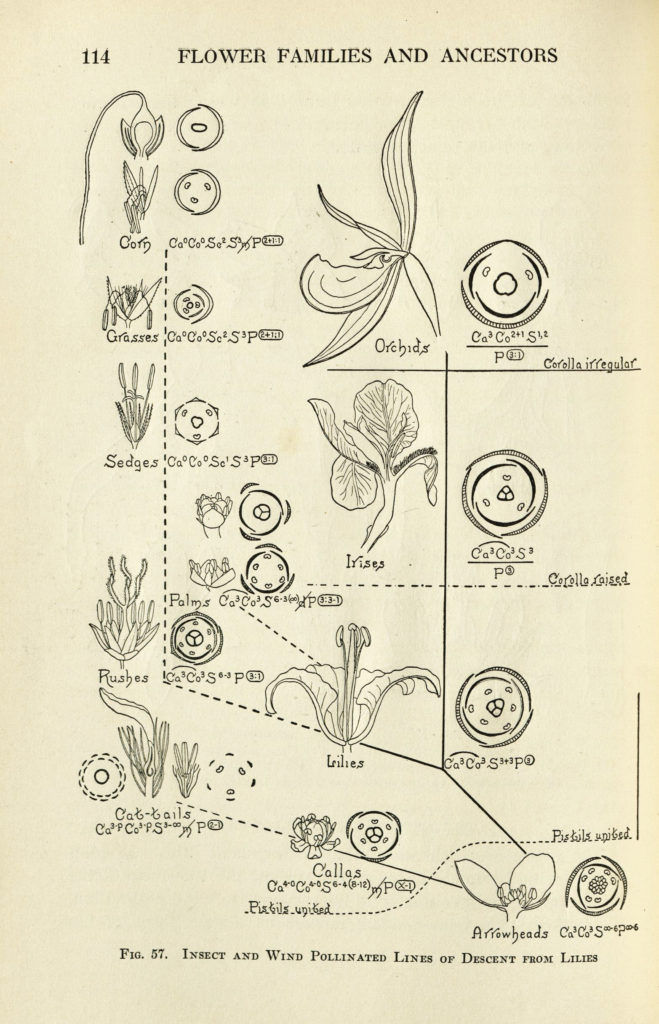 Half of the partnership the Nebraska Press Association called the greatest husband-wife team of scientists since the Curies, Edith Clements (born Edith Schwartz) worked tirelessly throughout the twentieth century as an educator, botanist, and botanical illustrator. Her first educational position as a teacher of German at the University of Nebraska led to her meeting her future husband, the botanist Frederic Clements, and to her own interest in botany as well. Her studies in botany led to a Ph.D from the university—the first Ph.D it had awarded to a woman—and a lifelong career with her husband. Frederic and Edith indisputably worked as a pair of equals, publishing individually and jointly; while both produced textual works, Edith’s artistic skills meant that she supplied almost all the illustrations for both her own works and Frederic’s. The illustrations displayed here are from Flower Families and Ancestors, a book meant to introduce botany and the ideas of botanical systems and evolution to readers new to the subject. In 1900 the two founded a botanical station on Pike’s Peak, where Edith ran the laboratory, helped trained future botanists, and created various guidebooks to flowers and plants. During the 1930s they traveled throughout the Great Plains and Southwest to invent and implement conversation measures to help reduce the destructive effects of the Dust Bowl on the land. After Frederic’s death in 1945, Edith continued her botanical research and writing for over twenty years, publishing scientific works as well as a memoir of her and Frederic’s lives and expeditions.