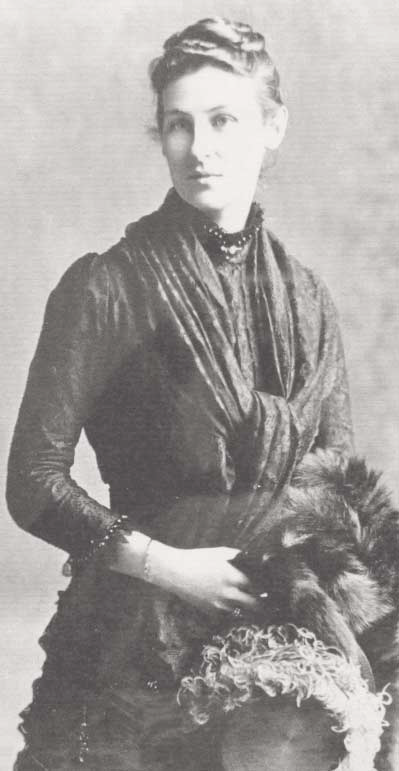 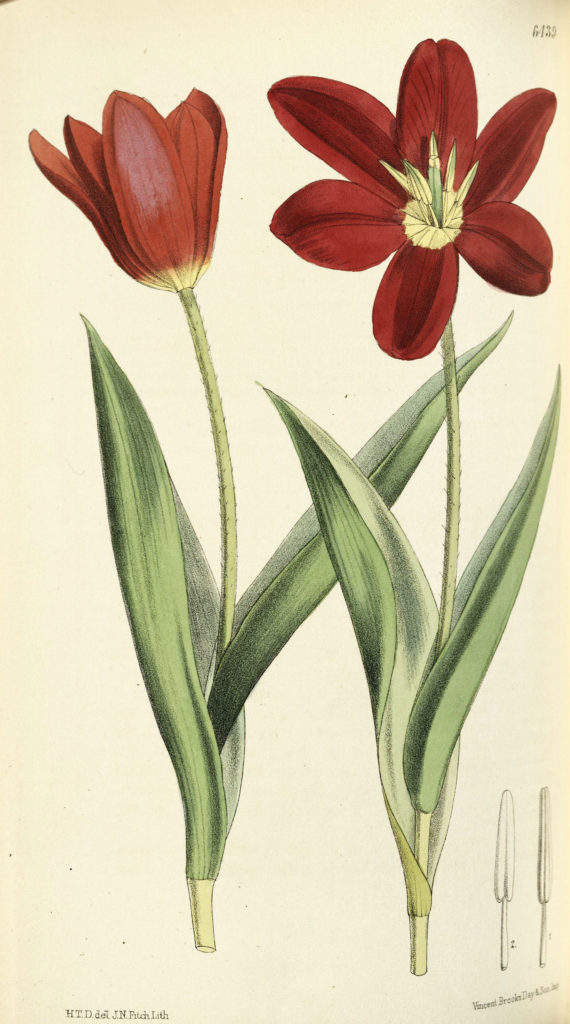 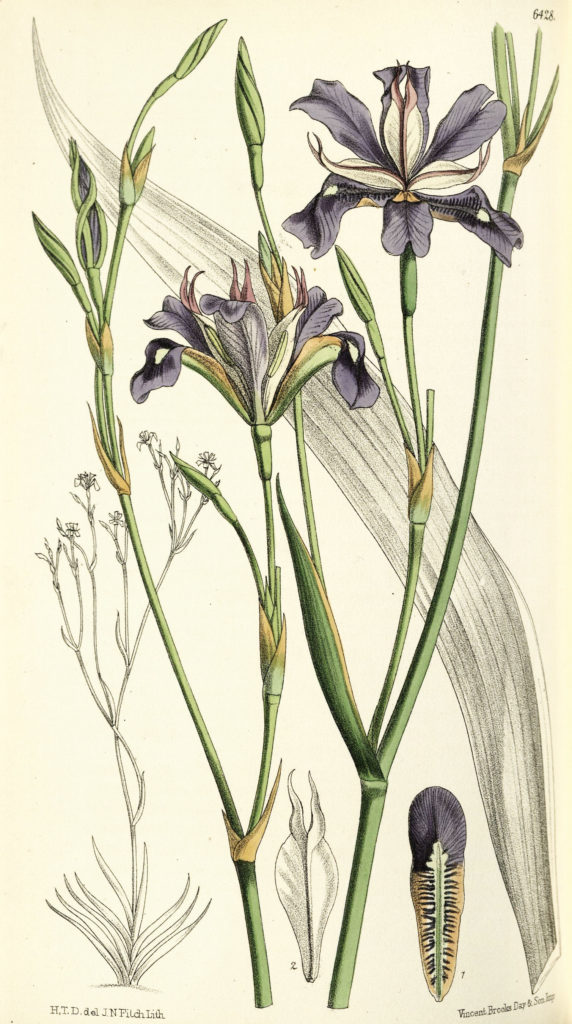 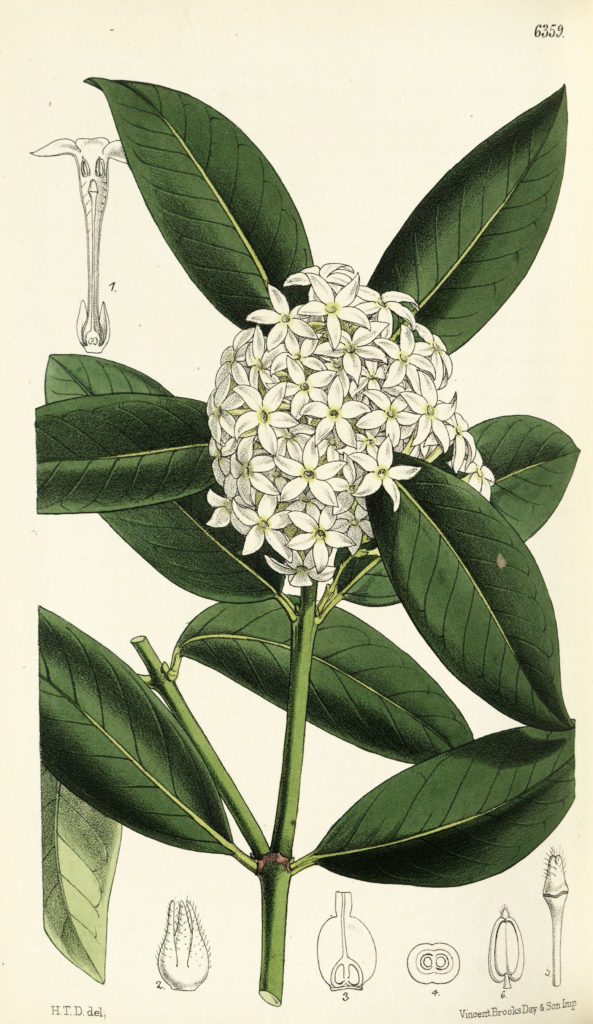 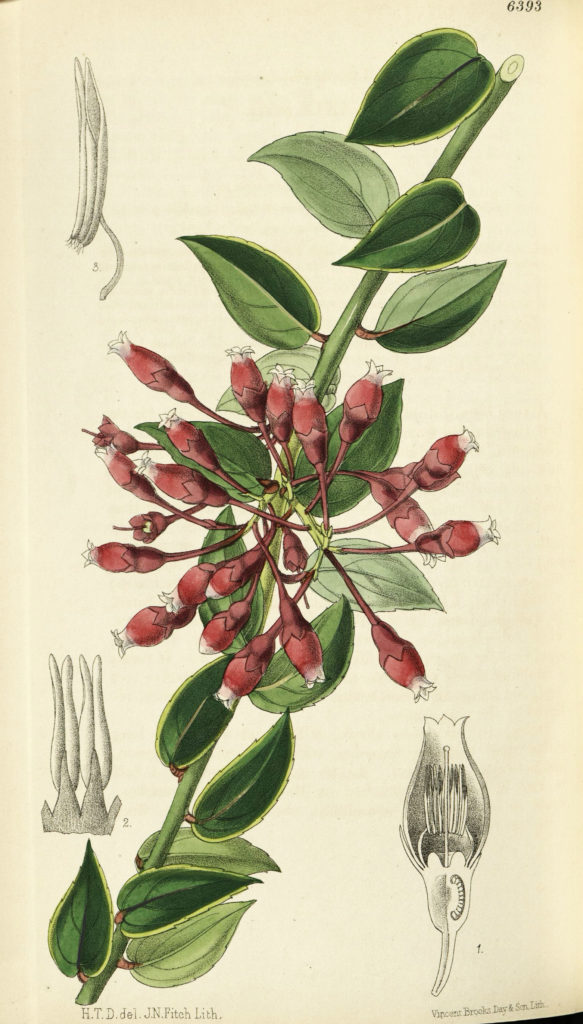 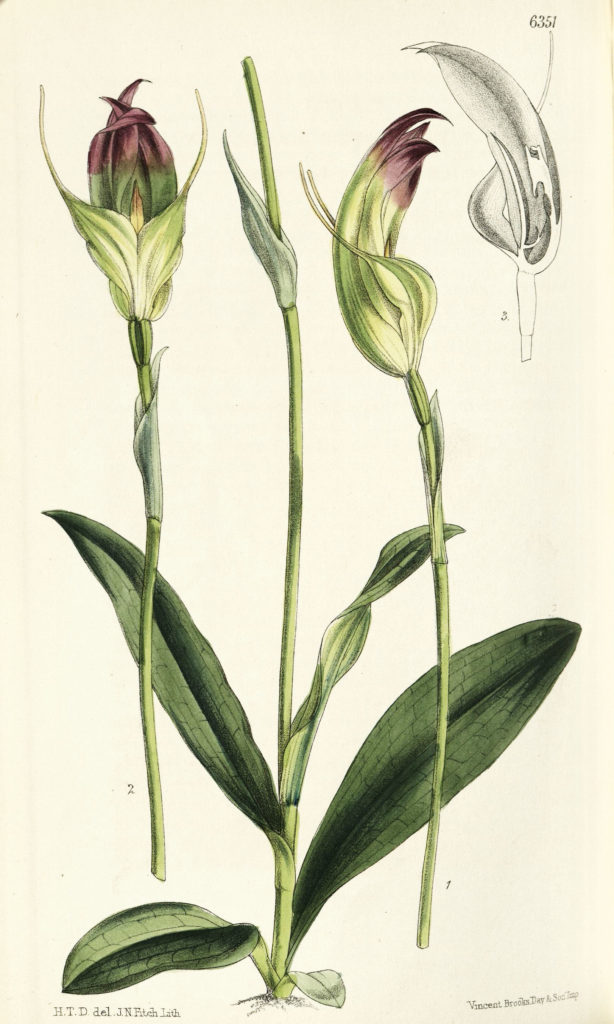 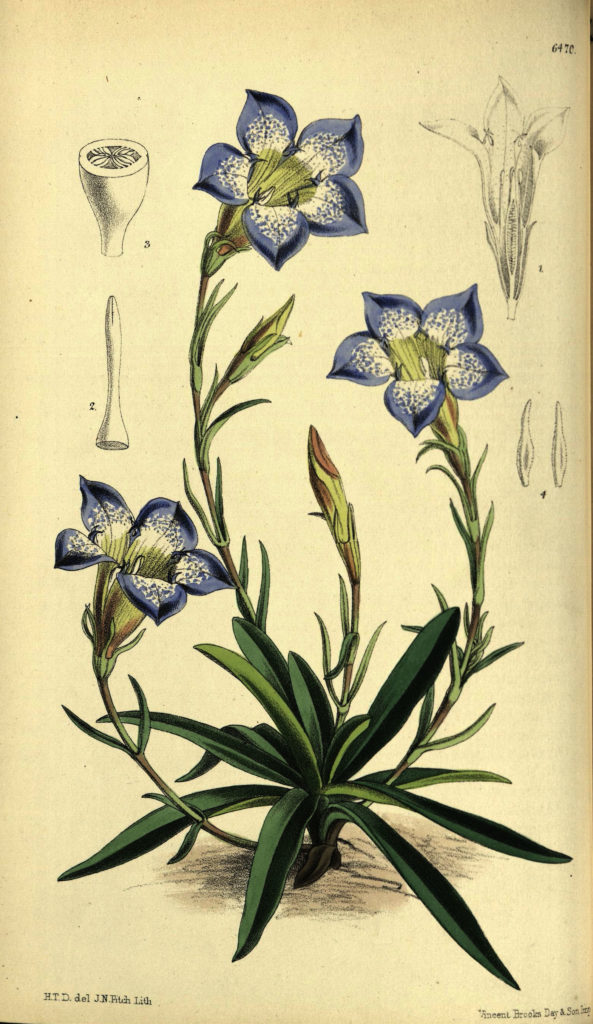 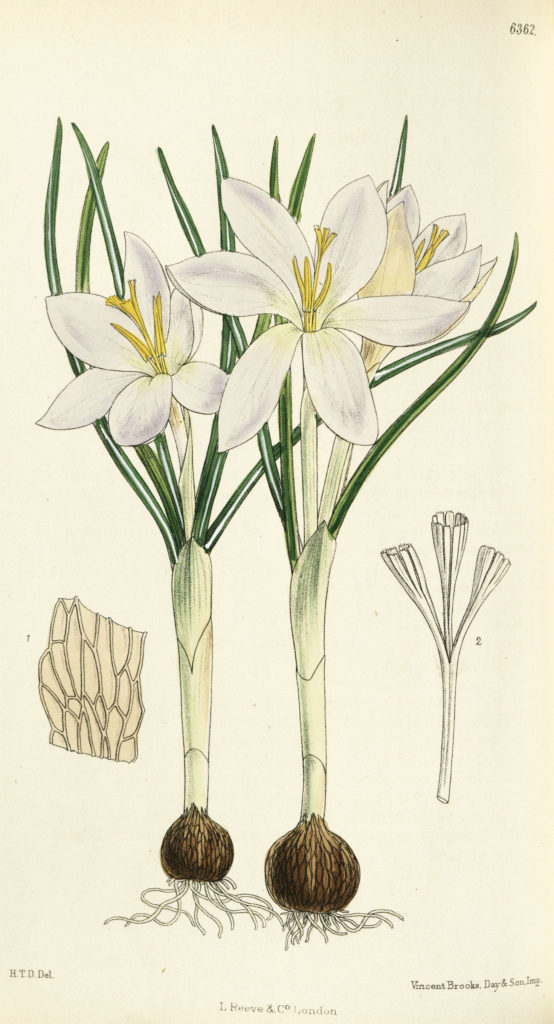 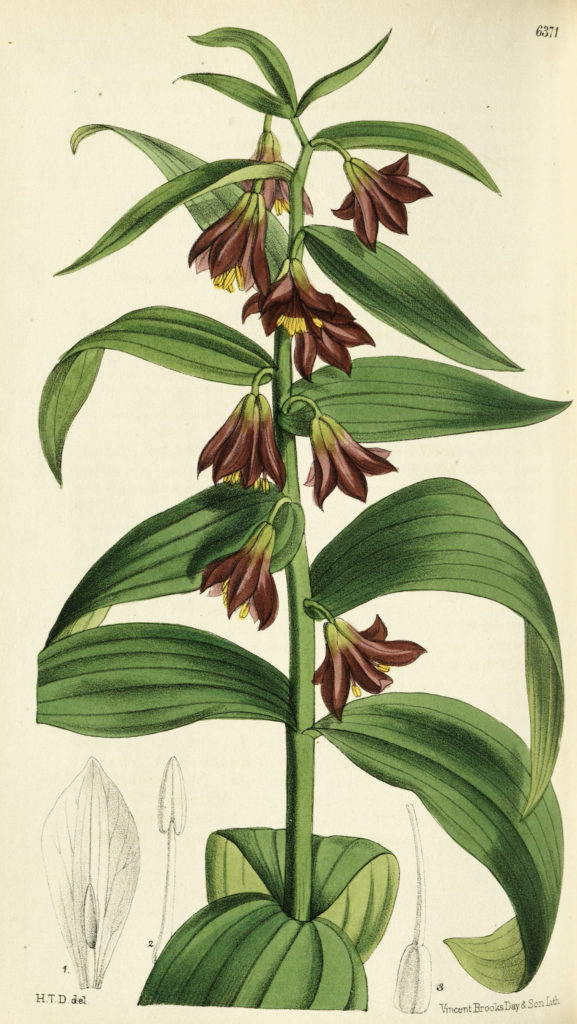 Harriet Anne Thiselton-Dyer was the daughter of Joseph Dalton Hooker, director of the Royal Botanic Gardens at Kew and editor of Curtis’s Botanical Magazine since 1854. An accomplished gardener and botanist herself, Thiselton-Dyer developed her skills at botanical illustration by studying with Water Hood Finch, who was the illustrator for Curtis’s at the time. When Fitch abruptly left the magazine because of a dispute over payment, Thiselton-Dyer stepped up to provide the necessary illustrations to keep the magazine running for over three years until a replacement illustrator could be found. Thiselton-Dyer had a reputation for being able to raise and work with difficult plants that other gardeners struggled with; one botanist recalled an instance when he sent her some plants pressed in newspapers, intending them as preserved specimens for the Gardens’s herbarium, and Thiselton-Dyer instead managed to grow them. Her husband, the botanist William Turner Thiselton-Dyer, later succeeded Harriet’s father in the directorship of the Royal Botanic Gardens. After her husband passed away Harriet continued her gardening, botany, and voluminous letter-writing with other botanists and friends until her own death in 1945.