Once Upon a Canvas: Exploring Fairy Tale Illustrations from 1870-1942 / Arthur Rackham / 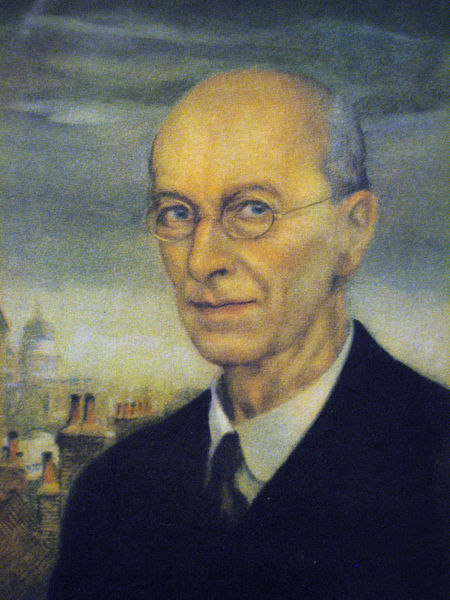 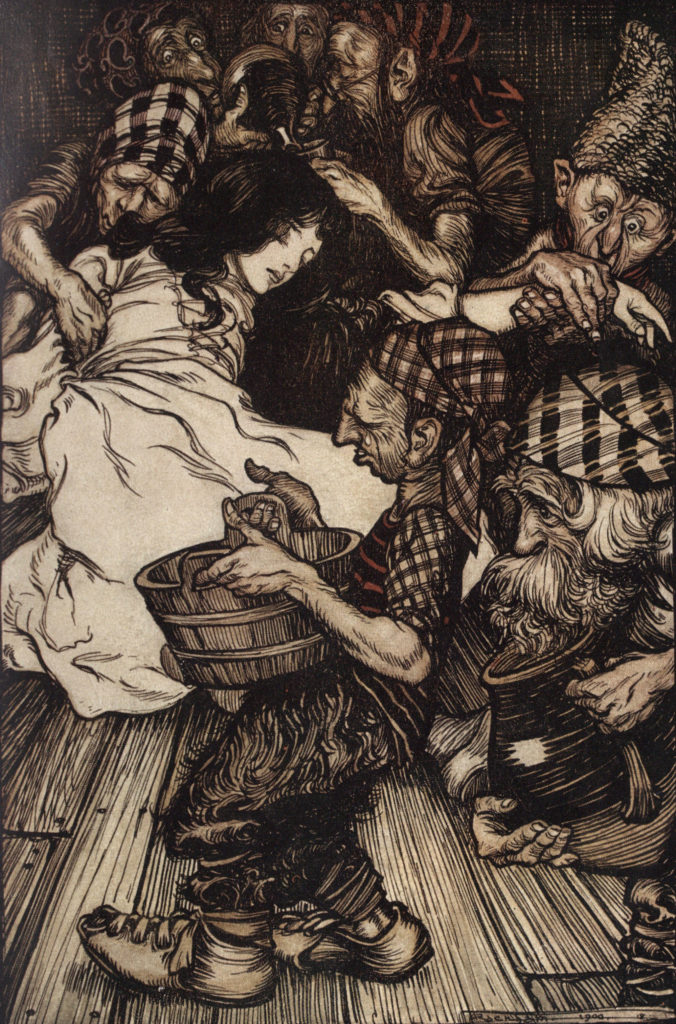 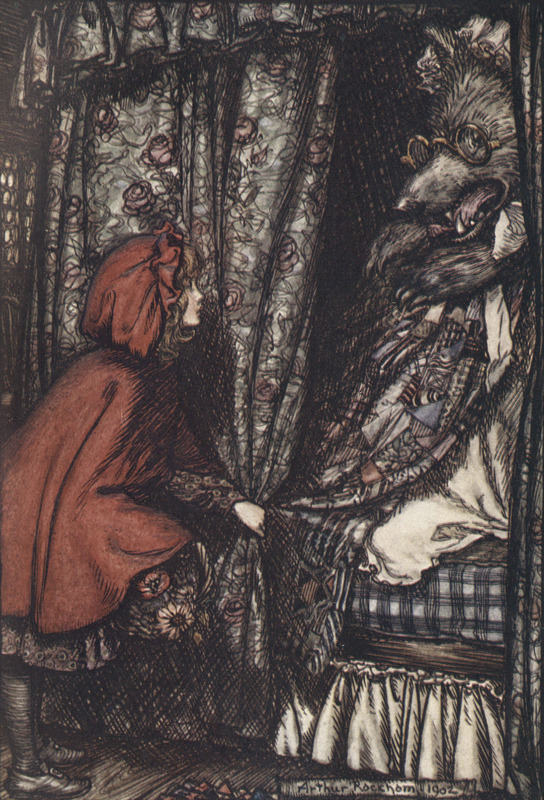 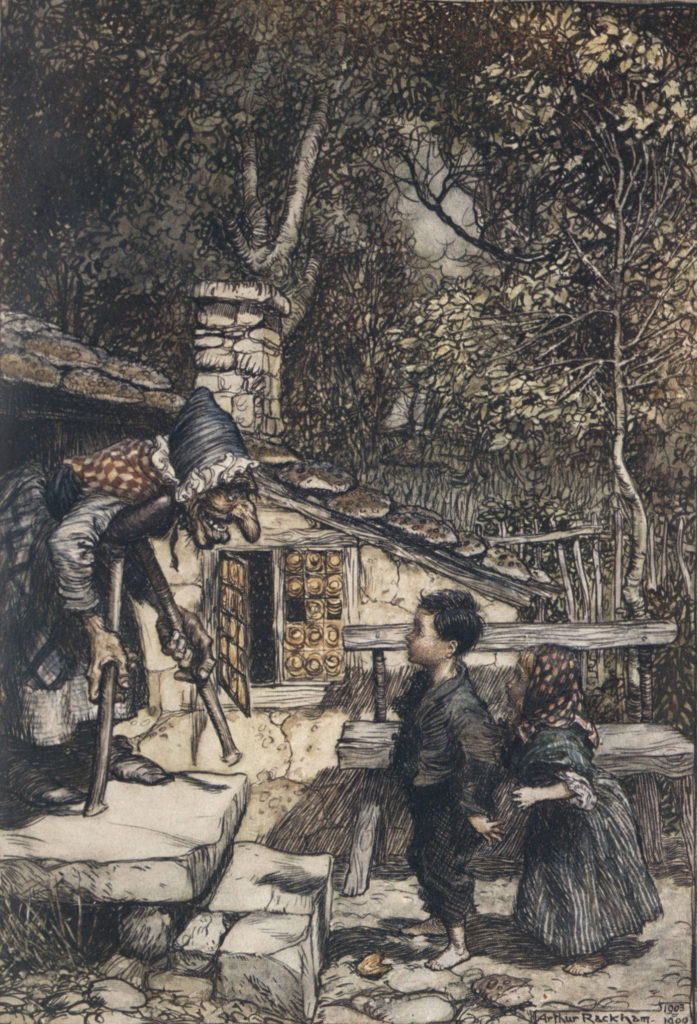 Arthur Rackham (1867-1939)
Ever wonder why we imagine fairies or dwarves the way we do? Well, Arthur Rackham may be responsible. He is regarded as one of the premiere artists from Britain’s “Golden Age” of children’s literature illustration and was an inspiration to renowned authors such as C.S. Lewis. With a strong background in sketching for newspapers, comics, and periodicals, Rackham developed a style that marked him as a good “line man.” His technique can be seen in the outlining of his subjects and the manner in which he methodically blocked them in with more detail. The resulting product creates vivid contrasts and character silhouettes reminiscent of intricate woodcuts more so than a painted representation. Rackham’s illustrations are sources for humor, fantastical escapism, and validation of belief in fairy tales. Because of his meticulous attention to detail, his works are still highly regarded and sought after today.
-Reese Osta