Once Upon a Canvas: Exploring Fairy Tale Illustrations from 1870-1942 / Maxfield Parrish / 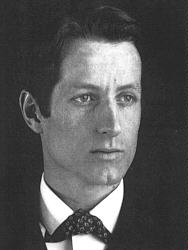 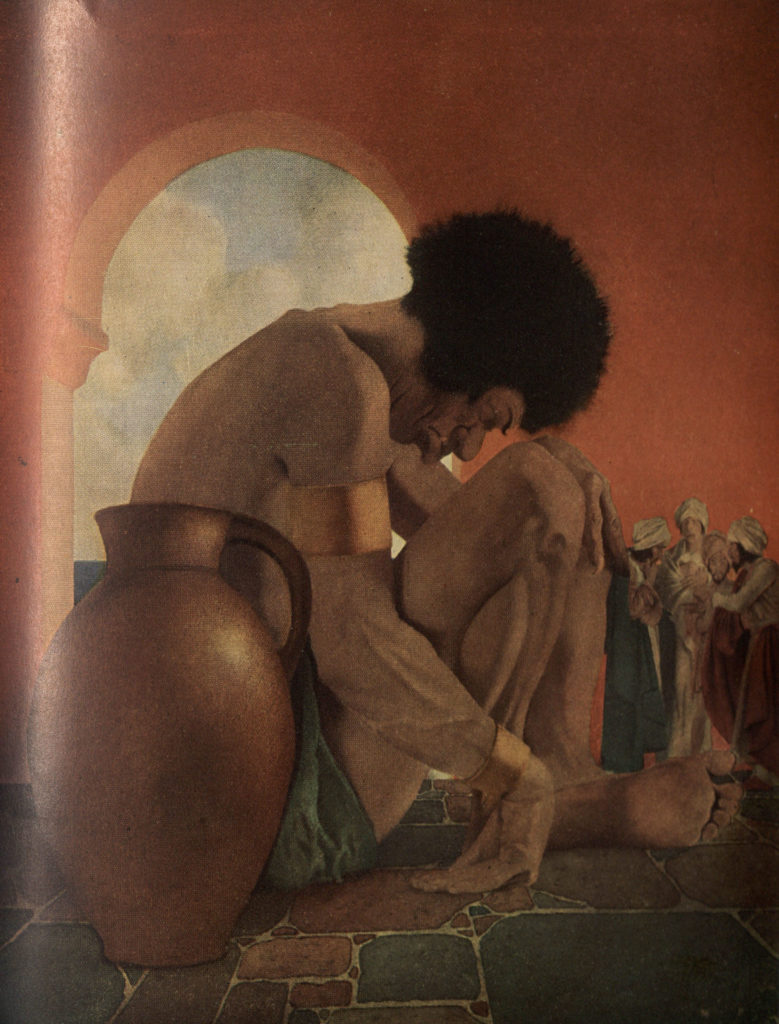 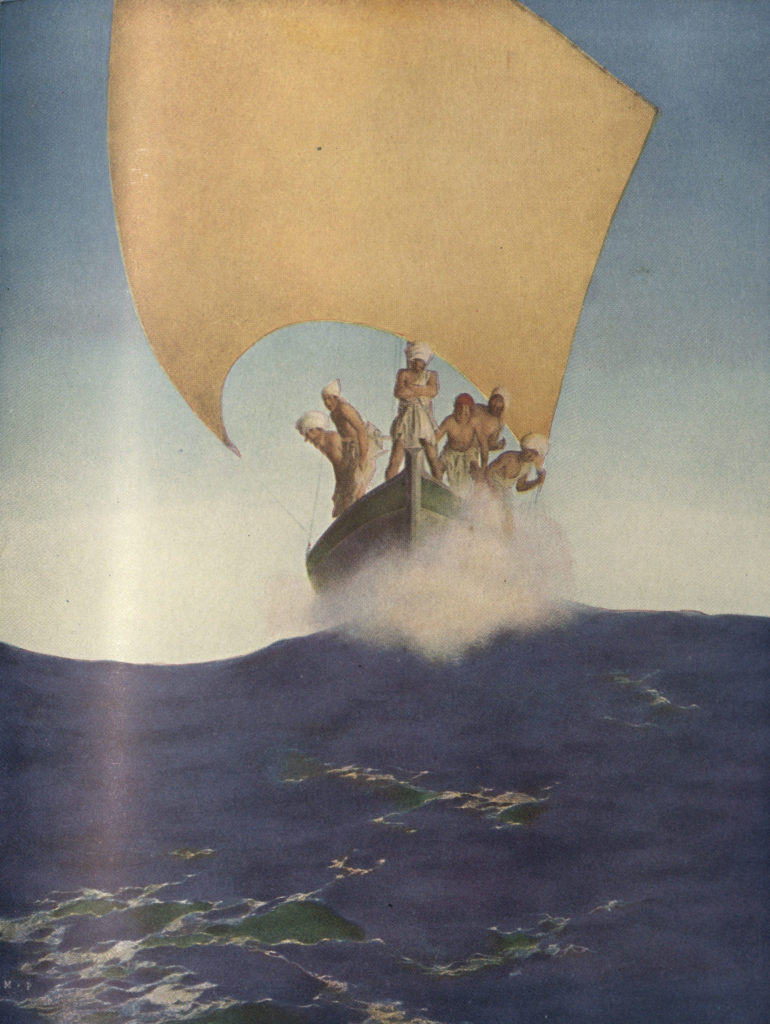 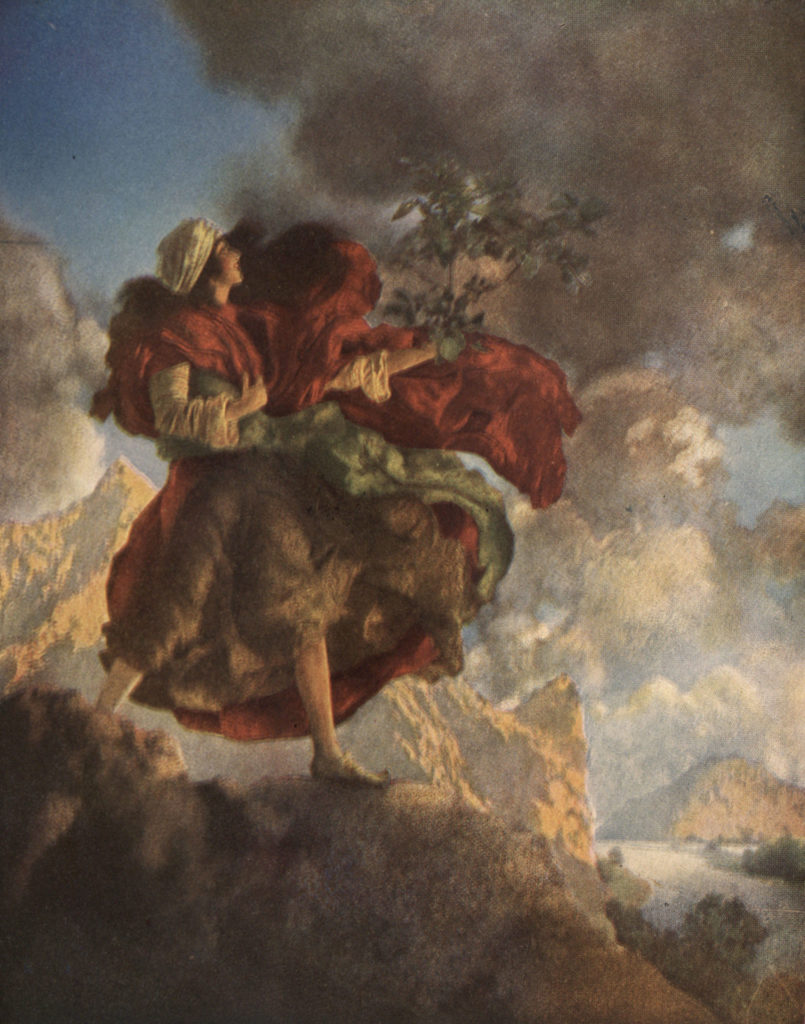 Maxfield Parrish (1870-1966)
Considered one of the top American artists of his time along with the immensely popular Norman Rockwell, Maxfield Parrish was born in Philadelphia in 1870. While he began drawing as a child, Parrish’s career took off after he was paid to illustrate L. Frank Baum’s Mother Goose in Prose (1897). Parrish went on to publish popular versions of The Arabian Nights (1909) and The Knave of Hearts (1925). By the 1920s, Parrish moved on to focus on his art more as a hobby. While known early on in his illustrations for androgynous human figures, by the early 1930s he turned his focus to landscapes.
Maxfield Parrish was well known for his glorious and vivid color prints. Parrish used various methods of photographing figures to produce the characteristic realism seen in his prints. The illustrator also used geometrically correct techniques of translating his work onto the canvas, meaning that his work was strangely symmetrical. In addition, Parrish is known for his use of the “Parrish Blue” color, a vivid turquoise created by several coats of varnish and oil.
It is not difficult to see why Parrish was viewed as one of the great American masters of art. His landscapes are vivid, and each illustration tells a story within the span of the few inches of a page it covers. Parrish continued to paint his landscapes until the ripe old age of 95 after having lived a fulfilled life. The prominent painter Norman Rockwell once said: “Maxfield Parrish was certainly one of our most prominent illustrators and hardly a home in America existed that didn’t have a Maxfield Parrish print. He was in the Golden Age of Illustration. When I was in art school I admired him. He was one of my gods.”
-Sarah Rappaport