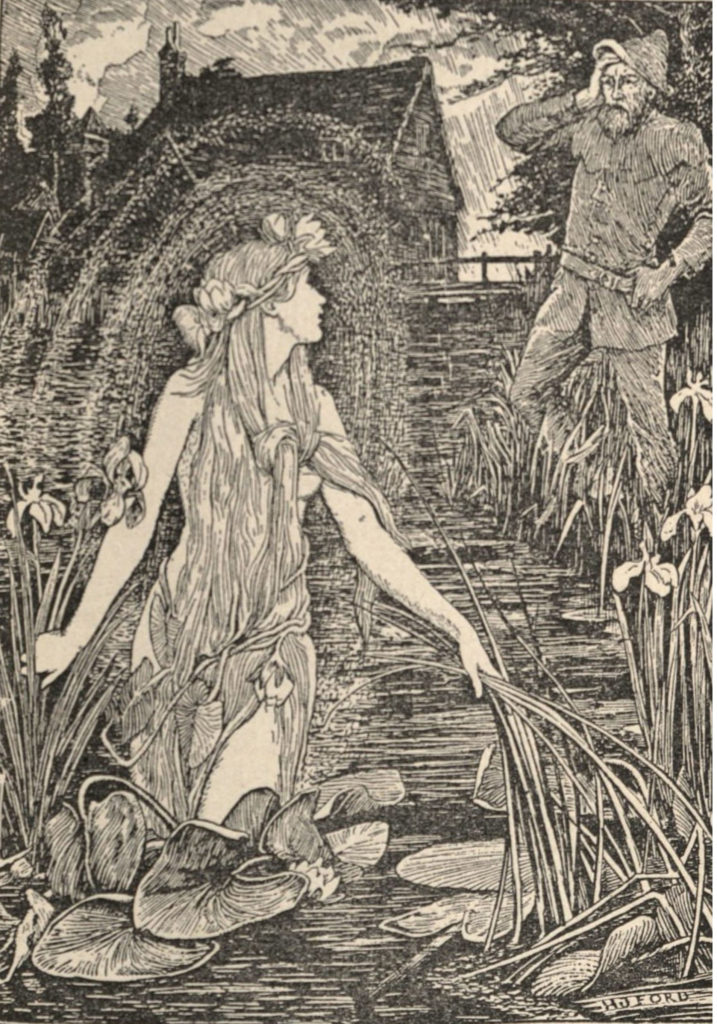 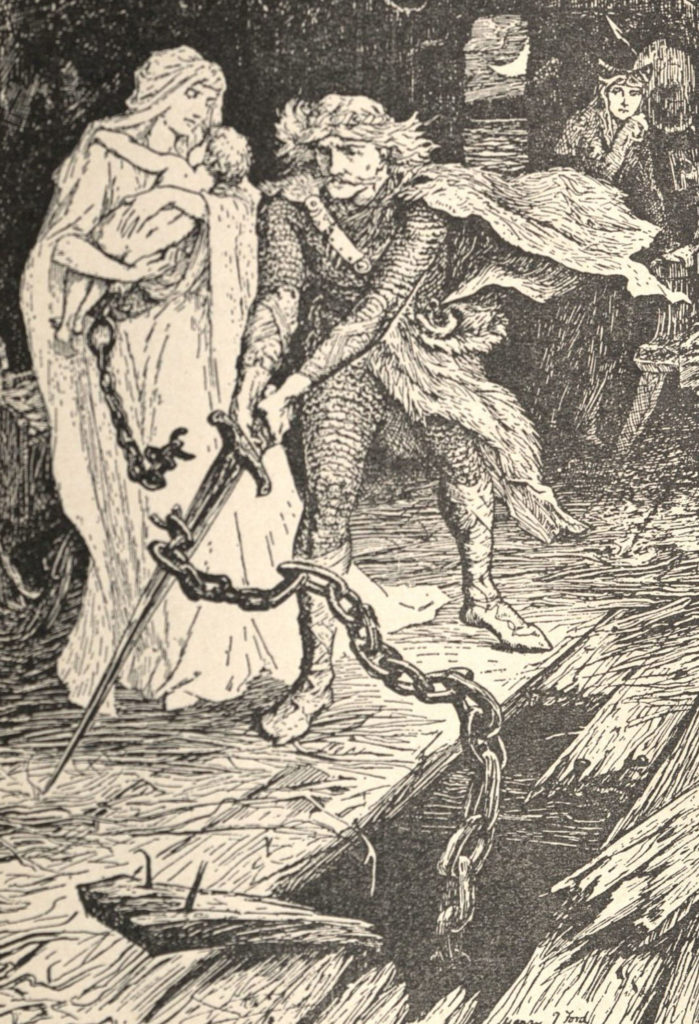 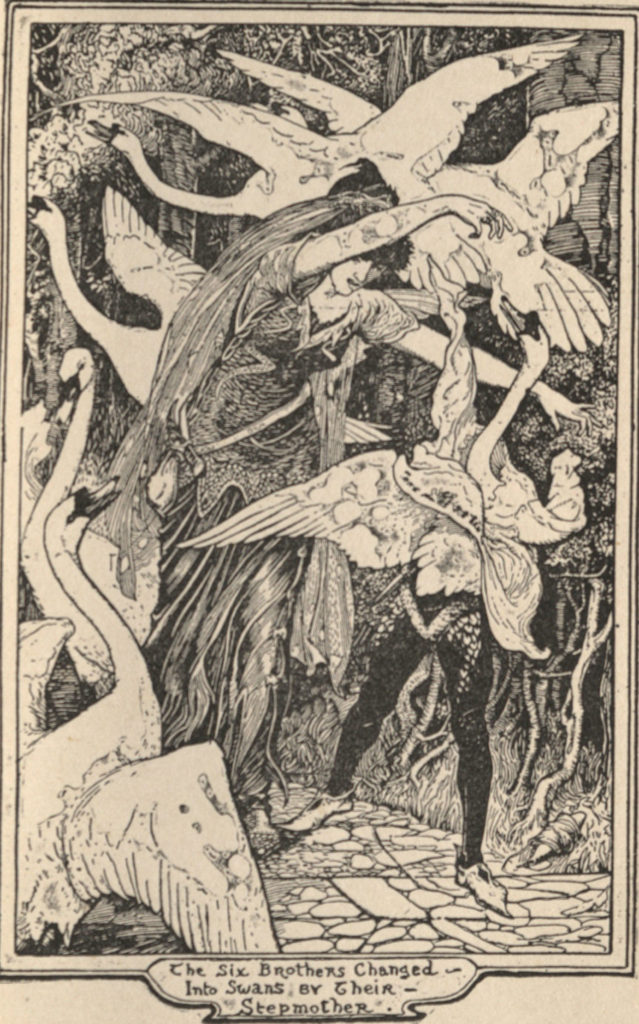 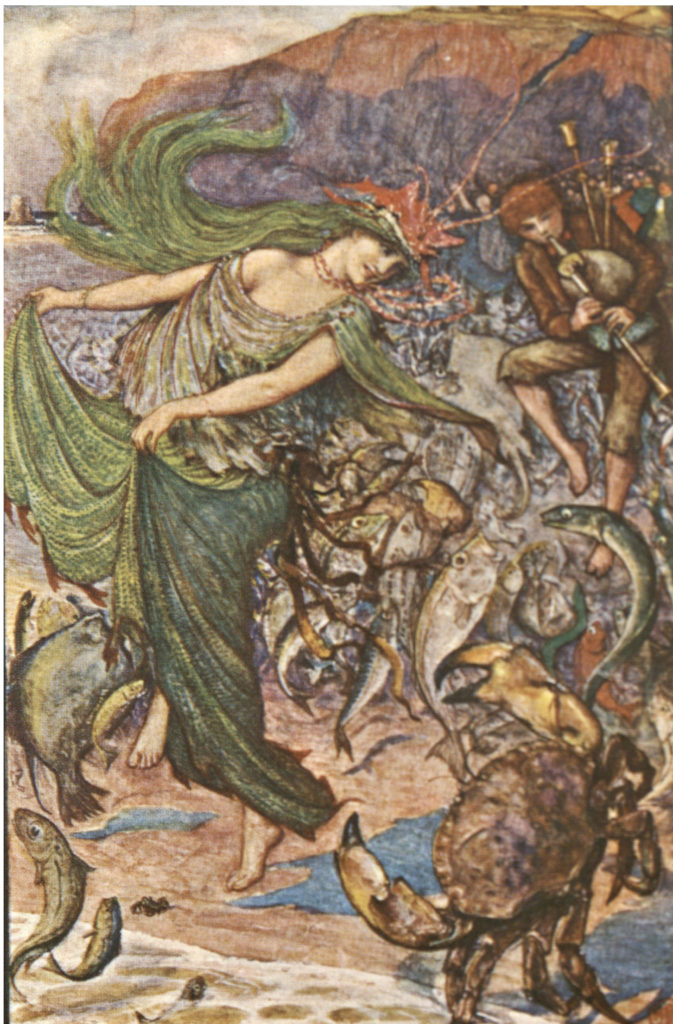 Henry Justice Ford was born in London in 1860 to a family with six other sons.  After graduating Clare College in Cambridge with a degree in classics he attended the Slade School of Fine Arts in London and the School of Art at Bushey to pursue a career in the arts.  By 1892 he was exhibiting paintings in the Royal Academy of Art.  However, he did not obtain real fame until he began creating illustrative works during his collaboration with Andrew Lang.  Together they compiled twelve children’s books of fairy tales called the “Color” fairy books.  Beginning with The Blue Fairy Book in 1889 and ending with The Lilac Fairy Book in 1910, their work spanned over twenty years and included 437 fairy tales in total, each volume including approximately 100 illustrations.

Although Ford shared the responsibility of illustrating the first two volumes with another artist he became the sole illustrator of the series beginning with the Green Fairy Book.  Ford was heavily influenced by the Pre-Raphealites and made use of his background of historical paintings and landscape work.  The work he produced is most well known for its complex and defined style in which he uses texture and value to guide the viewer through the image.  His images clearly reference historical reality yet also bring the fairy tales to life with wild visuals and vivid storytelling.  Until colored lithographic printing became possible in the late nineteenth century all of Ford’s illustrations had been completed in ink.  Once this new technique became available he was able to experiment with color mediums and eventually settled on a preference of watercolor to further enhance the depth of his ink work.

In addition to his art in the Fairy Books  Ford also illustrated The Arabian Nights Entertainments (1898) and produced artwork for multiple other fairy tale volumes compiled by Andrew Lang’s wife, on topics from the middle ages to the eighteen century.  Until his death in 1941, H.J. Ford continued to illustrate works bringing life to countless classic tales.