Once Upon a Canvas: Exploring Fairy Tale Illustrations from 1870-1942 / Edmund Dulac / 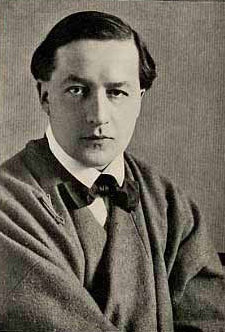 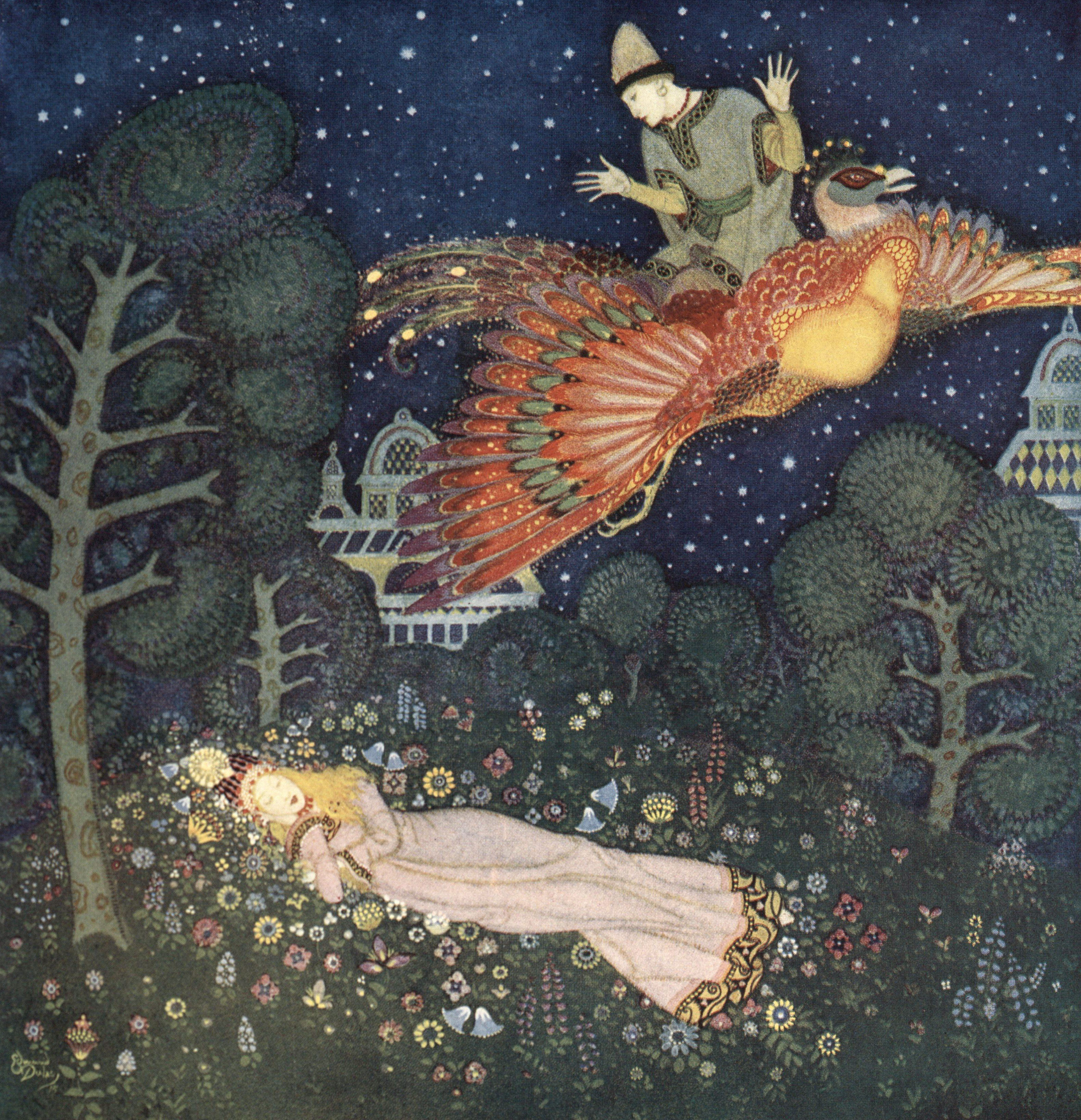 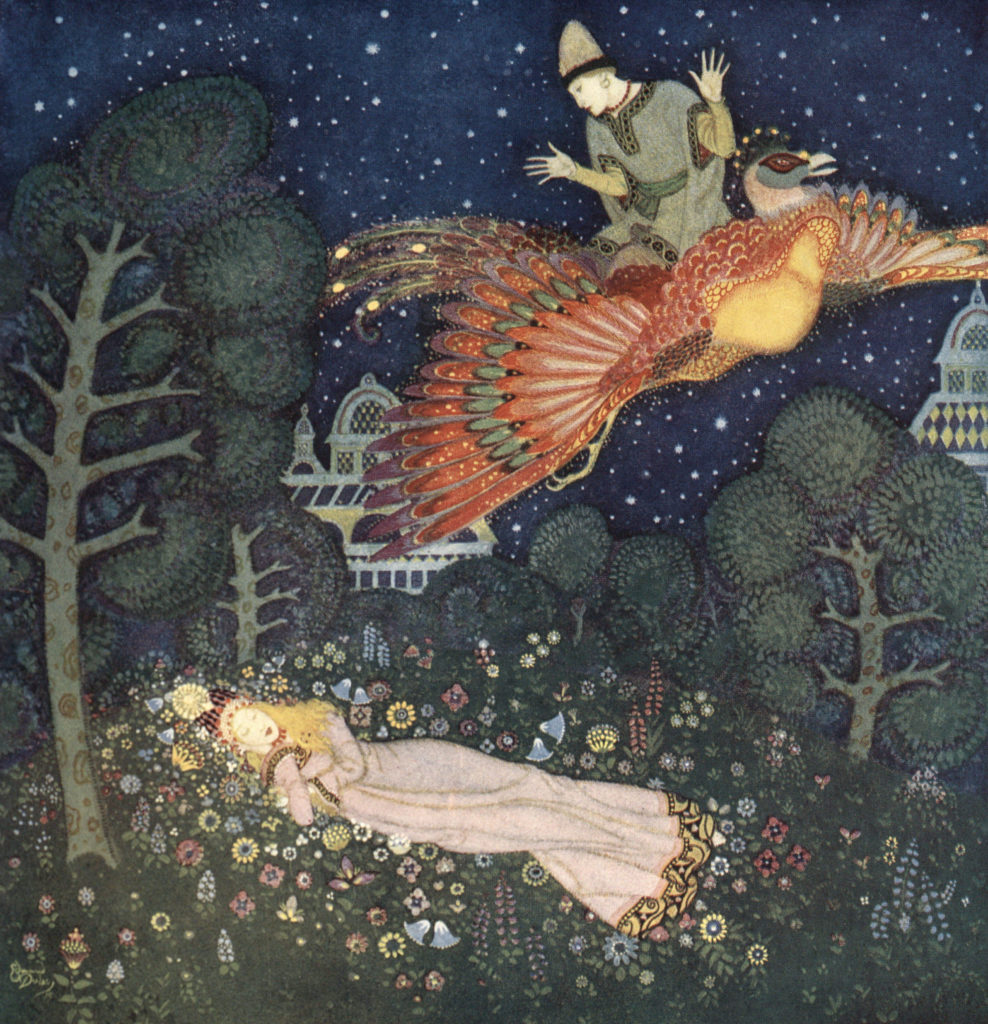 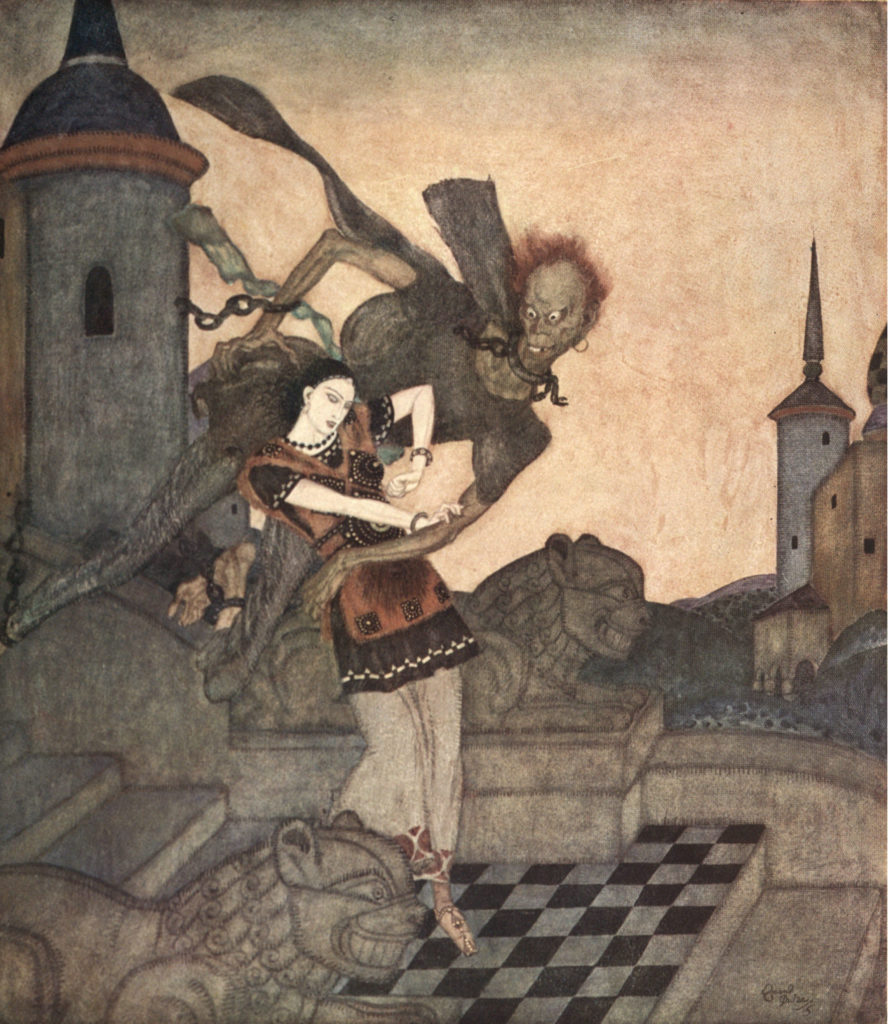 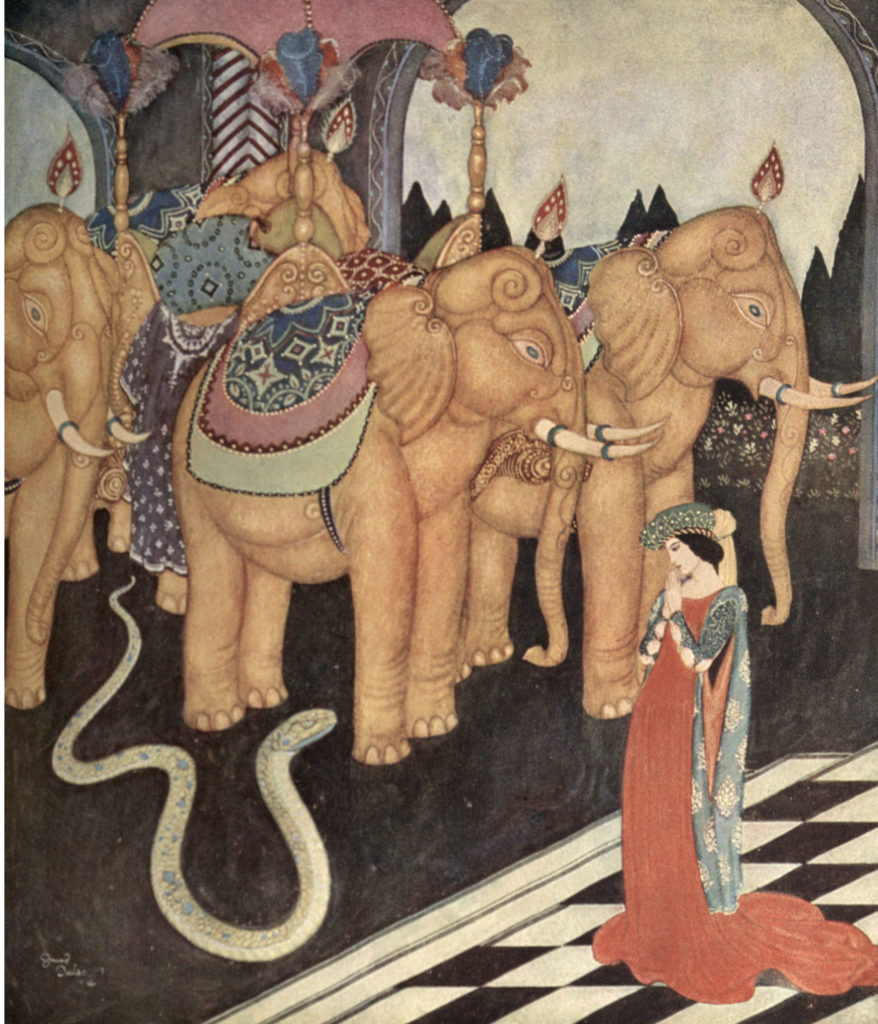 Edmund Dulac (1882-1953)
Edmund Dulac was a French illustrator, born in Toulouse in 1882. His works are well known for being created within the “Golden Age of Illustration”. When he was about 20 years of age, he entered and won several art competitions at the École des Beaux Arts (School of Fine Arts) in Toulouse, encouraging him to enroll and study art, all the while continuing to win awards for his paintings. In 1904, he traveled briefly to Paris before continuing on to London. The timing of Dulac’s arrival in London is imperative to his style of technique in his illustrations. A new technique of mass color printing allowed him to paint using watercolors, without needing black ink for a clear divide between colors. This ability makes his work style stand out among others. Over time, his use of color moved from a meek array of blues to a bolder and orientally influenced color palette. While he was an artist gifted in many crafts, his primary medium was watercolor paints.
-Diana Frank