Italian Literary Patriotism: From the Enlightenment to the Risorgimento / Crestomazia Italiana / 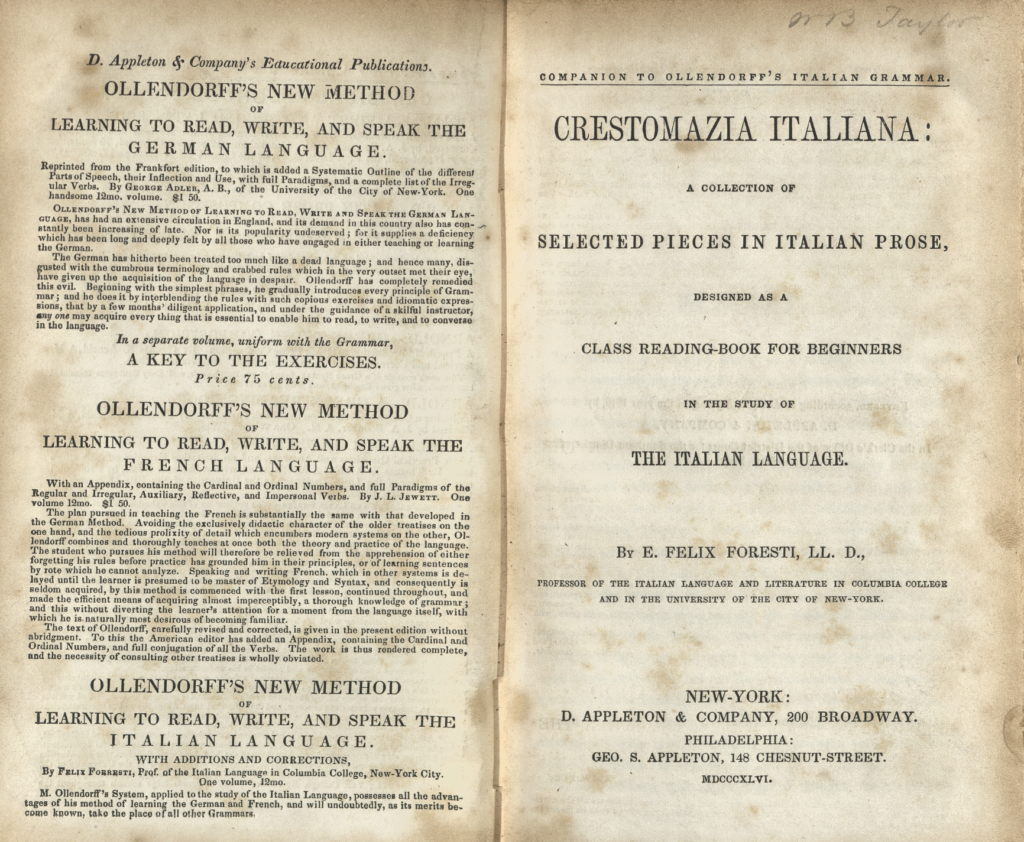 This collection of excerpts from Italian literary and political texts was edited by Eleutario Felice Foresti, an Italian patriot who chose exile in the United States after a period of imprisonment by the Austrians. He arrived in New York, where he assumed a leadership role in the patriot exile network. After the death of Lorenzo da Ponte, Foresti succeeded him as professor of Italian language and literature at Columbia College and at the University of the City of New York. This reader was intended as a “companion to Ollendorff’s Italian Grammar,” providing students with relevant Italian texts for practice in reading the language. Authors were selected for their relevance and thus tended to be modern. They include Foscolo, Manzoni, Mazzini, Verri, and Machiavelli. Each section is followed by a glossary translating Italian vocabulary and idioms into English. While the texts are given in Italian, the book is presented in English.