Italian Literary Patriotism: From the Enlightenment to the Risorgimento / Rime di Francesco Petrarca / 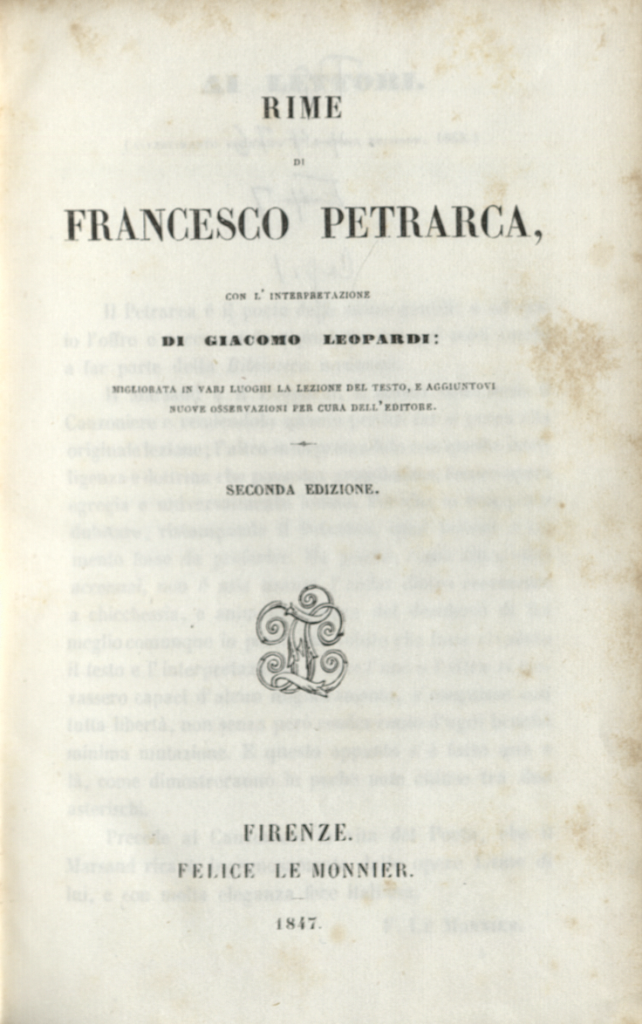 The first version of Leopardi’s interpretation appeared in 1826; this revised version was published in 1847. Leopardi titled this work an “interpretation” because it was not a simple reproduction of the Rime but also provided a commentary necessary to understanding the works of the famed medieval poet. The commentary functions like those found in editions of Greek and Latin works, translating the poetry into a simpler form of language. The interpretation also clarifies the references to mythology used by Petrarch, and corrects errors introduced during publication. The importance of this volume is noted in this second edition in the first few pages of the introduction, where Leopardo writes that the first edition sold out quickly, and that many foreigners wrote letters to thank him for his work.