Italian Literary Patriotism: From the Enlightenment to the Risorgimento / Orlando Innamorato / 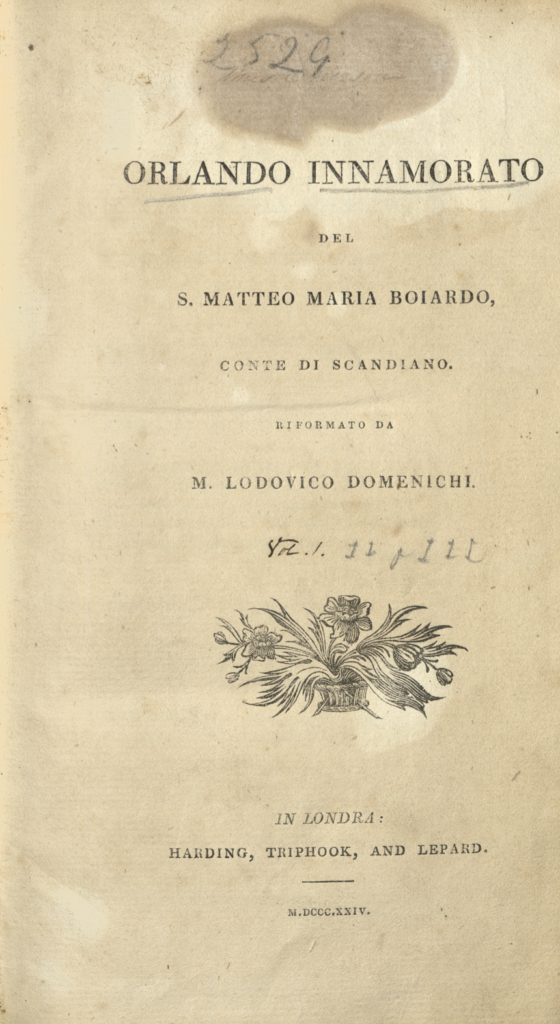 This extremely rare edition reproduces Lodovico Domenichi’s 1545 edition of Boiardo’s fifteenth-century comic epic. The date and place of publication show the growing international appeal of the Italian language in the nineteenth century as well as the diaspora of Italian patriots fleeing political persecution. The epic describes the chivalrous adventures of Orlando and Ranaldo and includes battles, love, loyalty, and magic. It is interrupted at the end with a mention of “Gallia,” or France, coming to ruin Italy, the reason for which the poem cannot be finished. It thus alludes to the foreign domination to which Italy was subjected from the late fifteenth century onward and which Italian patriots were striving to throw off at the time of the re-edition.