Italian Literary Patriotism: From the Enlightenment to the Risorgimento / The Times / 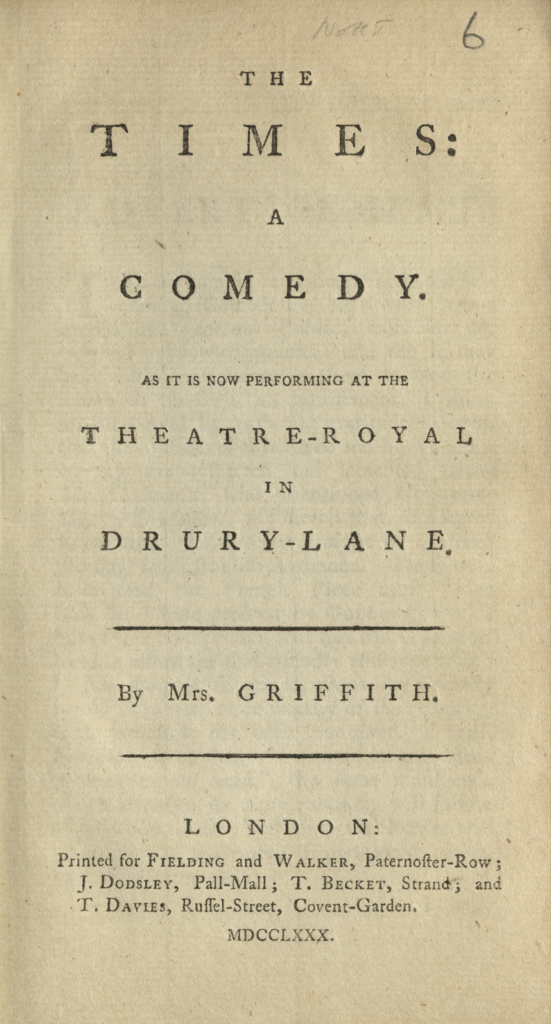 The Times is an English adaptation of Carlo Goldoni’s French play Le bourru bienfaisant. Having lost a large sum of money to a gambling debt, The Times’s protagonist, Mr. Woodley, falls into despair and tries to hide their financial misfortune from his materialistic and refined wife, and attempts to win the favor of his rich uncle, who refuses to support him. The play is highly reflective of the ideology found in a typical work by Goldoni, who focused largely on the subject of the emergence of the middle class, exposing the trivialities of the upper classes.