Italian Literary Patriotism: From the Enlightenment to the Risorgimento / Tragedie di Alessandro Manzoni / 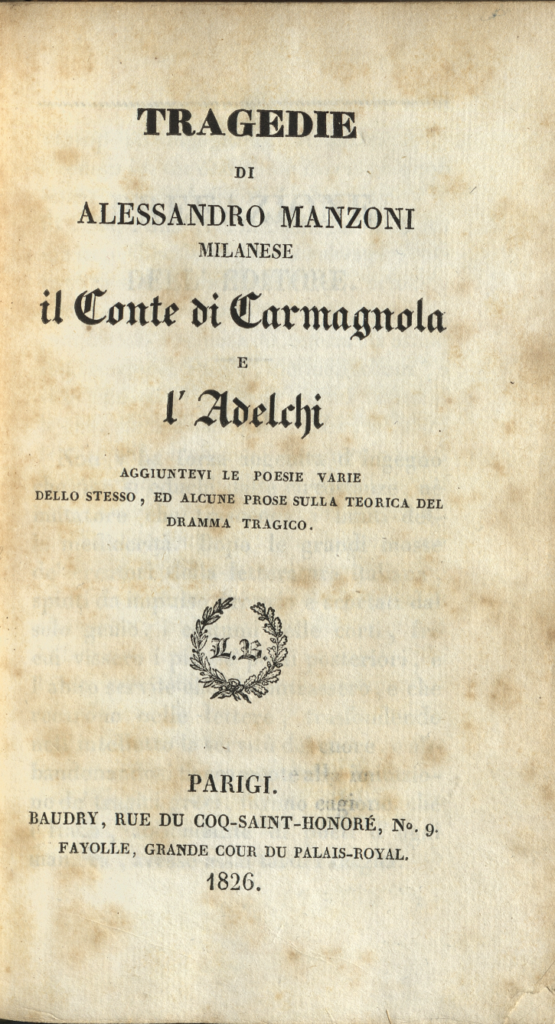 Alessandro Manzoni, one of Italy’s most influential writers, is best known for I promessi sposi (The Betrothed), formative both in terms of its literary success and its use of a standardized Italian dialect. Manzoni also wrote tragedies and poems, both of which are featured in this collection. His tragedies published here, The Count of Carmagnola and Adelchi, fuse historical reality with Manzoni’s views on morality in their portrayal of the conflicts between legitimate governance and oppression, self-determination and rebellion, loyalty and freedom. They express the belief shared by Manzoni and other patriots that foreign dominance of the Italian peninsula should be substituted by national unity.