Italian Literary Patriotism: From the Enlightenment to the Risorgimento / Gerusalemme Liberata / 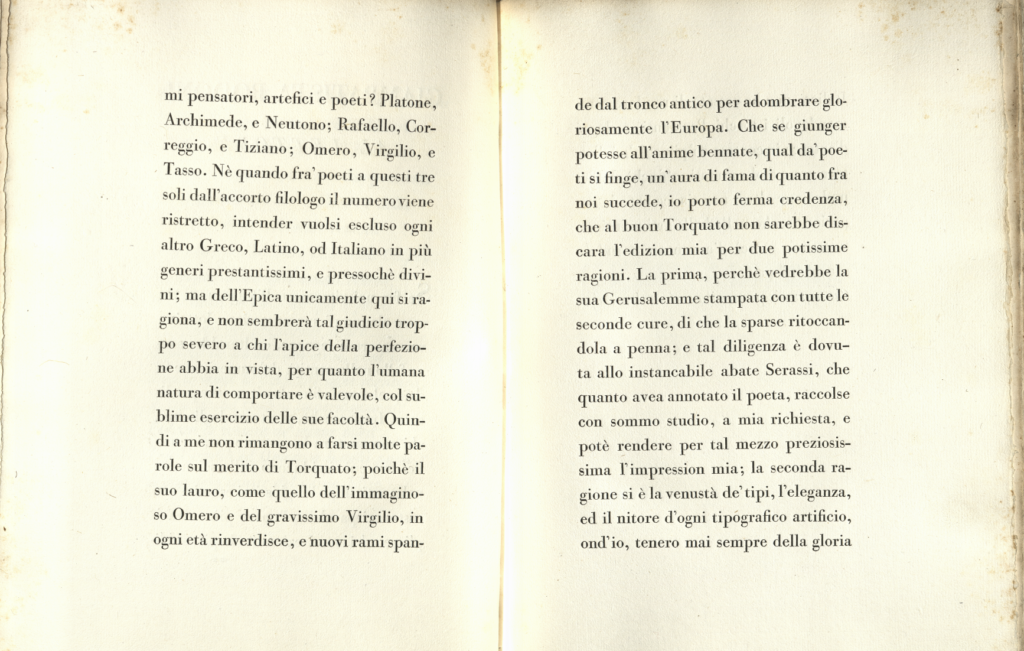 Gerusalemme liberata (Jerusalem Delivered), an epic poem written by the Italian poet Torquato Tasso, was first published in 1581. It tells a largely mythified version of the First Crusade in which Catholic knights, led by Godfrey of Bouillon, battled Muslims for control of Jerusalem. The work belongs to the Italian Renaissance tradition of the romantic epic, and Tasso was directly influenced by Ariosto’s Orlando furioso, along with the classical epics of Homer and Virgil. The nineteenth-century publishing of the poem was done by patriots, who insisted that the historical importance of the work would resonate throughout Italy and Europe. Included among the patriots was the work’s world-famous printer, Giambattista Bodoni, who was praised by Benjamin Franklin among others and whose typefaces are still used today. In his preface, Bodoni expresses his pride in his profession, comparing the artistry of the typesetter to the work of Renaissance Italian artists.