Memoirs of the Life and Writings of Victor Alfieri

Italian Literary Patriotism: From the Enlightenment to the Risorgimento / Memoirs of the Life and Writings of Victor Alfieri / 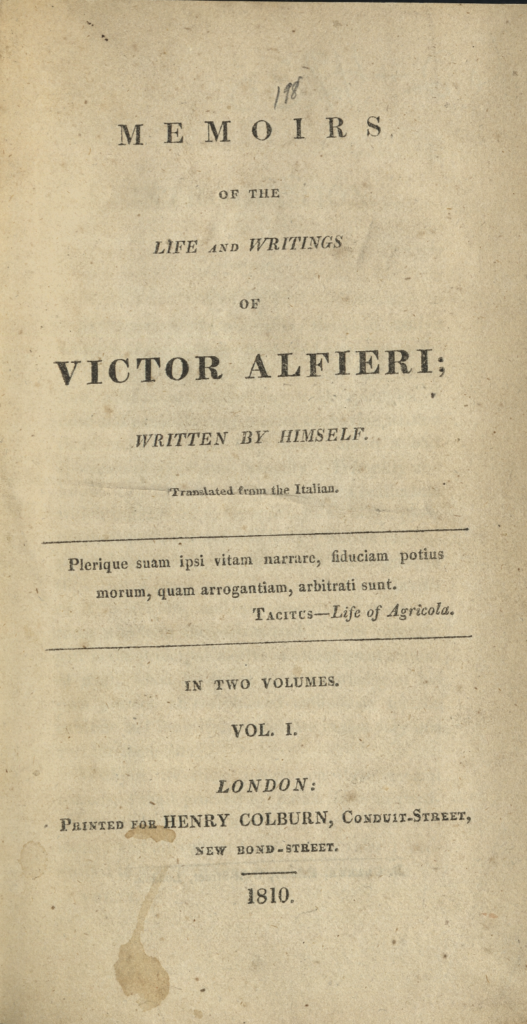 This translation of Vittorio Alfieri’s memoirs was published in London six years after the Italian edition whose fictitious London place of printing was probably designed to avoid political persecution. The volumes are divided by time period, or epoca, and then by chapter. The era is made evident by the importance of horses both for transportation and as metaphor. One of the chapters is even described as Alfieri’s first horse. One might also note the entries for 1789 and 1790, written while Alfieri was living in France. They are full of his thoughts about which of his literary works to publish as well as his complaints on the French tendency to babble, instead of the discussion of the French Revolution that some might have expected. The account of other countries’ political systems included in this description of his travels could have been of interest to Italian patriots seeking ones to compare with their own.