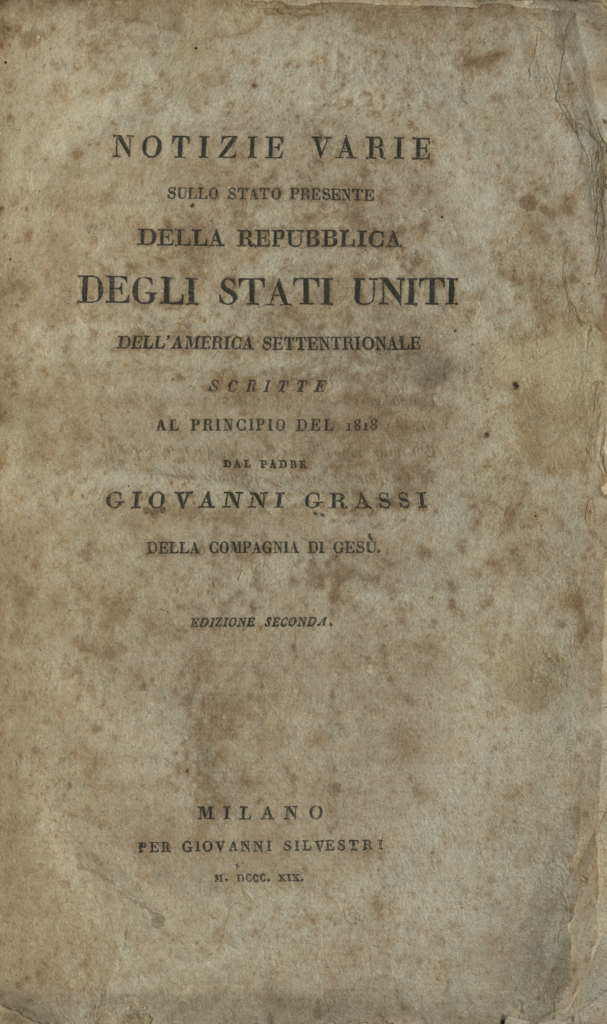 After traveling to the brand-new United States of America, Grassi received many requests from friends for a description of the new land. For this reason, he set out to record all things in the northern states that would be noteworthy to an Italian. The breakdown included climate, land, products, commerce, population, character, dress, literature, government, and the various religious sects. There was a separate section for Catholicism, important to Grassi, who was a Jesuit and involved in the administration of Georgetown University. His book was of value to Italians who were then searching for ways to unite the peninsula, as it describes all the methods with which patriots brought about the successful union of the states in America.