Italian Literary Patriotism: From the Enlightenment to the Risorgimento / I Promessi Sposi / 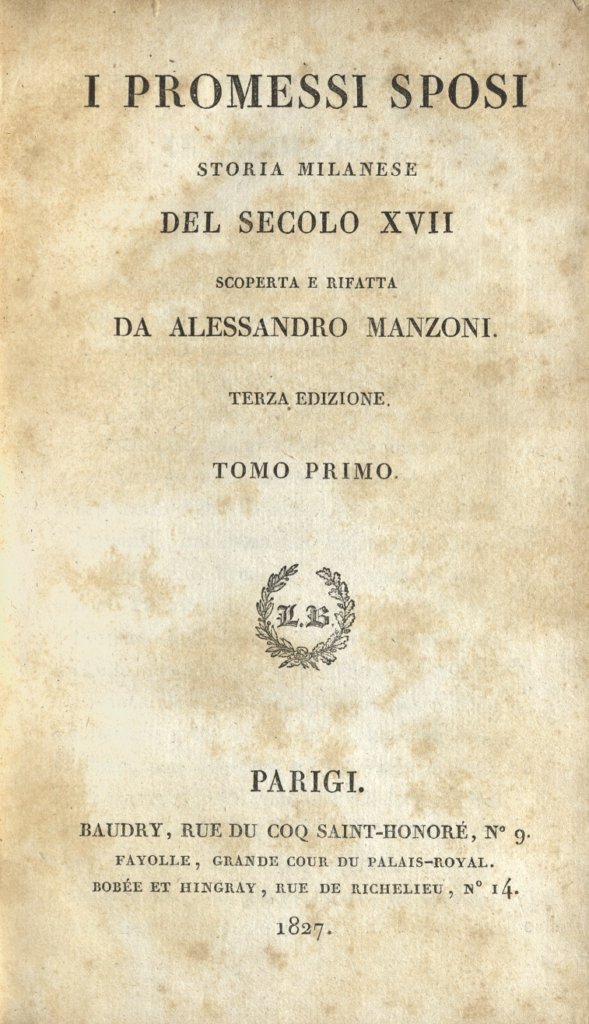 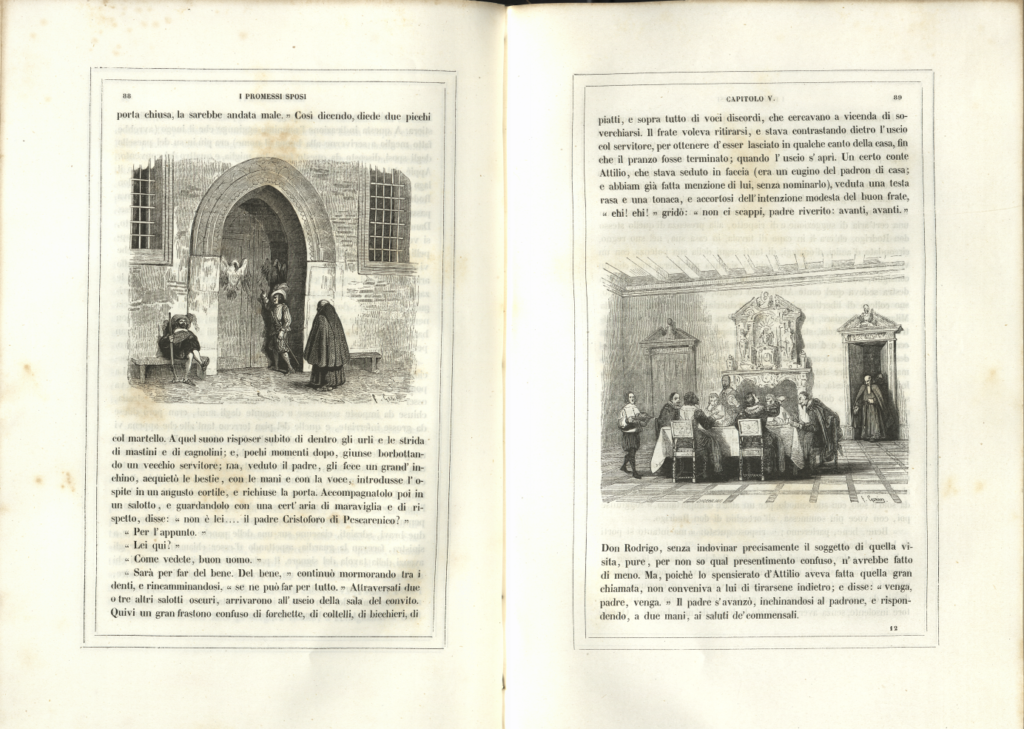 I promessi sposi (The Betrothed) is a historical novel by Alessandro Manzoni. The author re-wrote it numerous times as he developed his views on the creation of an Italian language that would promote the patriotic spirit of the Risorgimento. The first version, written between 1821 and 1823, bore the title Fermo e Lucia; the renowned 1827 edition is the first one under the definitive title. The final version, accomplished through detailed revisions over the intervening years, was published in 1840. The novel is set in northern Italy in 1628, during the oppressive years of Spanish rule. The parallels with contemporary Austrian domination of northern Italy helped kindle the desire of nineteenth-century Italians to throw off foreign rule, in which they would succeed about twenty years after the final edition. Manzoni also achieved his goal of creating a modern Italian language based on the Tuscan dialect of Italian literary classics; I promessi sposi is considered its most famous and widely-read novel.