Italian Literary Patriotism: From the Enlightenment to the Risorgimento / Mercurio Italico / 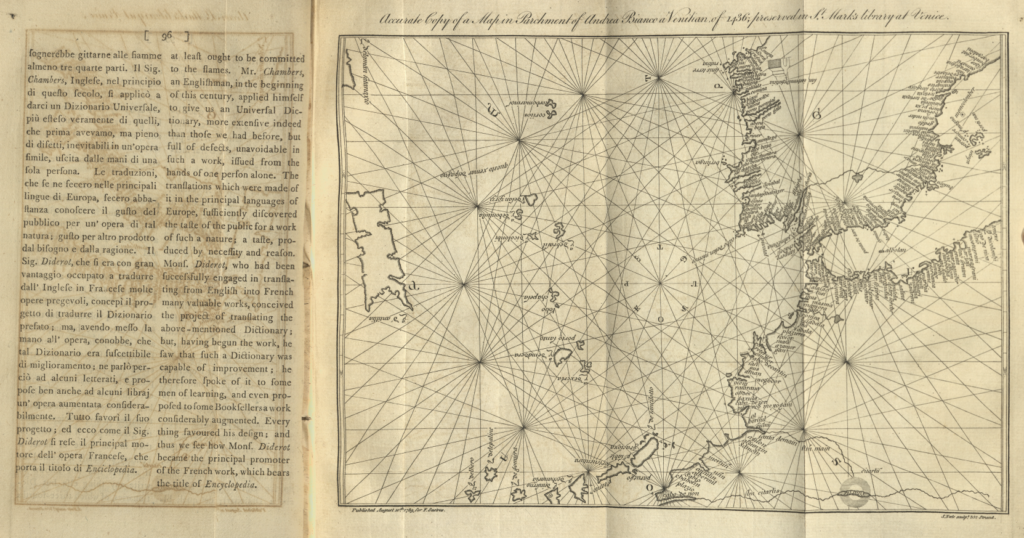 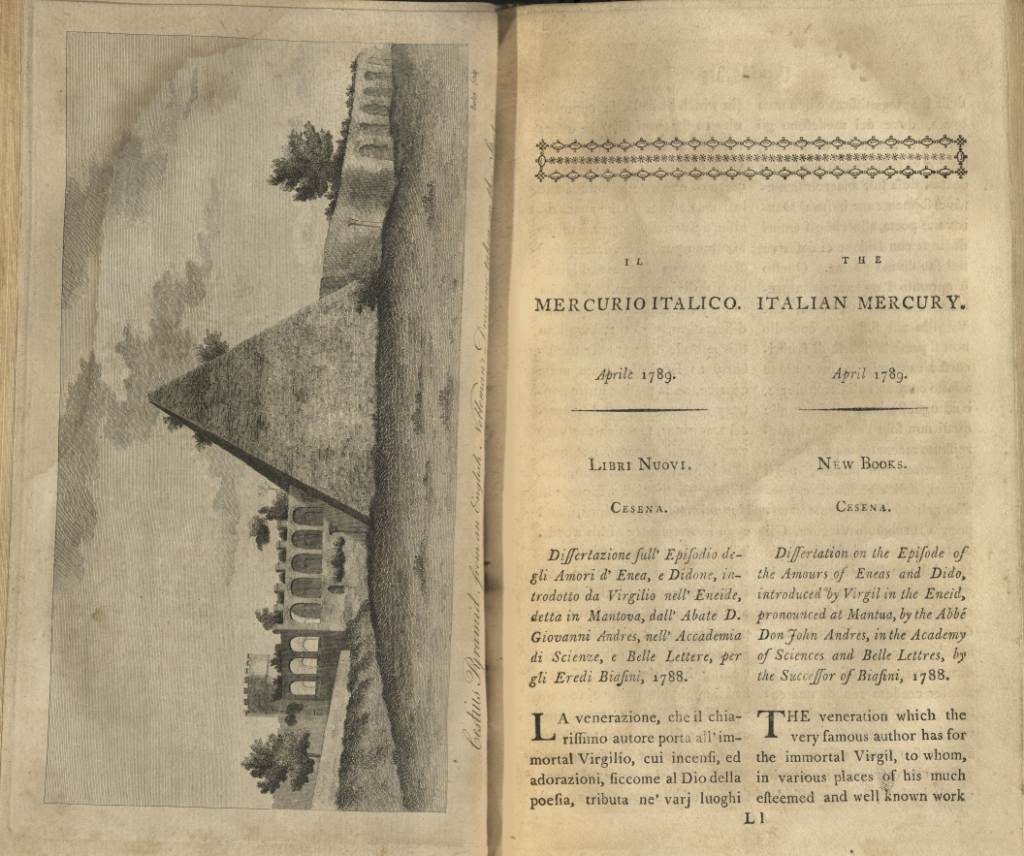 A friend of Samuel Johnson, Francesco Sastres produced this periodical of Italian news for only a few years. The articles, covering topics that were chiefly scientific but also from the worlds of literature and art, appeared in both English and Italian, either as a double column spread or in succeeding entries. They give readers a sense of what life was like for Italians of the period, not only aristocrats and lawmakers but the average citizen, in first-hand accounts of city dwellers and farmers, businessmen and bankers, artisans and merchants, artists and their patrons, politicians and their constituents. The volumes also include beautifully detailed drawings and reproductions of important art pieces, both religious and secular.