Italian Literary Patriotism: From the Enlightenment to the Risorgimento / Morgante Maggiore / 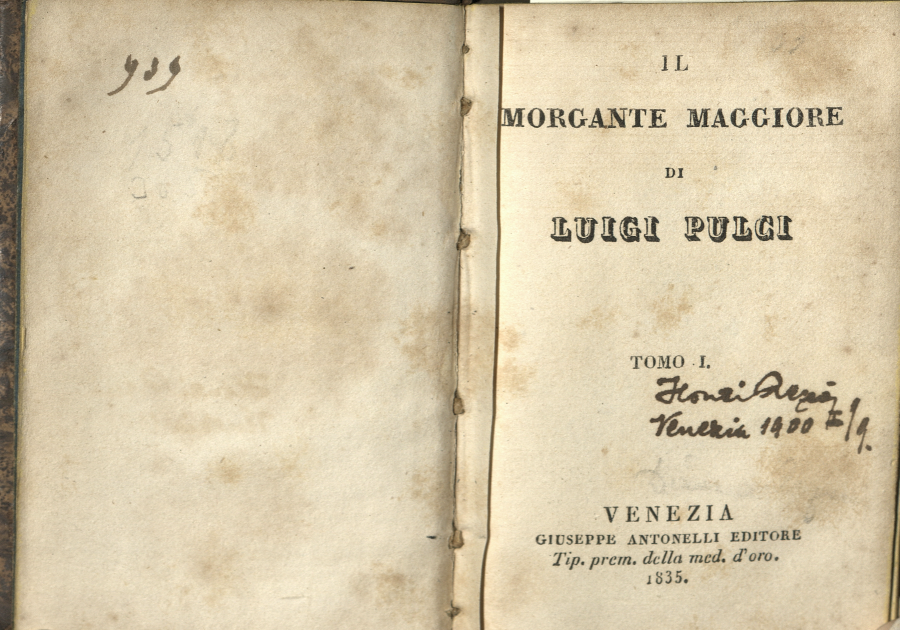 This truly pocket edition of Pulci’s Morgante maggiore is characteristic of the publication of literary classics by Italian patriots in the nineteenth century as a way of inspiring action toward Italian unity. Written toward the end of the fifteenth century, the work is a comic epic that focuses not on the great heroes of the French medieval epics–Charlemagne and Roland–but on two minor, ridiculous characters and their escapades. It may have been chosen for publication to insinuate the ridiculousness of life under a foreign rulership that itself was growing weaker. Venice at the time was under Austrian domination, having been ceded by Napoleon after his conquest put an end to the thousand-year republic.